How Oleg Tony ensured the English life of Boris Dubrovsky The Investigative Department of the Ministry of Internal Affairs has opened a criminal case against the former governor of the Chelyabinsk region Boris Dubrovsky. Earlier it became known that Dubrovsky, along with his friend and business partner Sergei Vilshenko, is also suspected of stealing billions of dollars from Russian Railways. According to Rucriminal.info, traces from the last case lead to Oleg Tony, vice president of Russian Railways. 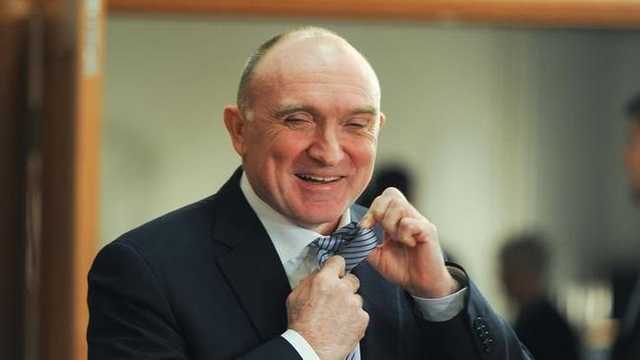 A criminal case has been instituted against the ex-governor Dubrovsky in accordance with Part 2 of Article 285 of the Criminal Code of the Russian Federation (“Abuse of official authority”). The damage is more than 20 billion rubles. Earlier, the Investigative Department of the Ministry of Internal Affairs opened a criminal case on the creation of an organized criminal community (Article 210 of the Criminal Code), which committed several episodes of theft from Russian Railways in the amount of over 1.2 billion rubles.

In the case of the criminal community, the director general of TTK-Trans Gennady Madalinsky was arrested. The OPS, judging by the documents, actively interacted with the ex-head of the Chelyabinsk region Boris Dubrovsky. The creator and leader of the criminal community, the police consider the friend and business partner of businessman Sergei Vilshenko. According to RBC, the members of the OPS were managers of NK Berdyaush, Asia-Trans, and others, which were controlled by Vilshenko, - Ekaterina Krasnikhina, Vladimir Gatsa, Elena Dorozhevich, Evgeny Matveev and Victoria Bril.

The media reported that Dubrovsky was in Switzerland. This is not true. Rucriminal.info sources said that initially the former governor went to this country, but just the other day Dubrovsky and his friend Vilshenko were spotted in London. This choice is not accidental. In recent years, they have withdrawn all the money to England and bought office property through one company. In addition, London does not extradite anyone to Russia. Tony is famous for the fact that under him, the structure of 1520 when the same building was built five times at the expense of Russian Railways money in the Chelyabinsk region, while in reality the construction was not carried out, all the work was only on paper, and at the stage of acceptance of the building found some flaws, after which the building was demolished and the "construction" began anew.