In past investigations, we indicated how RUDN University money is withdrawn. The entire staff of the university understands the purpose of the current scheme.

For the entire period of work, members of the new team, not only Vice-Rector E.M. Apasova, but also gentlemen, First Vice-Rector Nazyuta S.V. and vice-rector for interaction with public authorities Katsarsky M.I. they like to conclude contracts for the provision of consulting services, and the nature of these services, and most importantly why they are, is not clear to ordinary university employees. 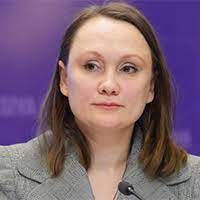 Rucriminal.info gives one of such examples: contracts for the provision of consulting services for information and consulting support in the field of science and higher education with individuals Zhuravlev Denis Alexandrovich and Lesyuk Marta Igorevna, which are concluded on behalf of the university by the first vice-rector-vice-rector for economic activity Sergey Nazyuta , while RUDN University is responsible for the fulfillment of obligations under this agreement by RUDN University, another Vice-Rector of RUDN University - Vice-Rector for Cooperation with Government Authorities Katsarsky M.I. Contracts Mr. Nazyuta S.V. concludes without tenders, with a single supplier. According to the terms of reference for these agreements, these persons must post information on expert and analytical platforms on the Internet about the achievements, development strategies and projects of RUDN University, conduct sociological research, prepare analytical, text materials and post them on the Telegram channel “Scientific and Educational Policy ". And for all this pleasure, RUDN University pays more than 3 million rubles a year only under contracts with these gentlemen.

M.I. Katsarsky, vice-rector for interaction with public authorities, does not lag behind his senior colleague, concluding contracts for the provision of services for holding seminars on developing a model of digital competencies for the teaching staff of an educational institution of higher education for rather large sums (more than one million rubles) , and also somehow everything with a single supplier. Moreover, in accordance with the law, the amount of such contracts should not exceed 500 thousand rubles.

And such agreements, concluded by both Vice-Rector Nazyuta S.V., and Vice-Rector Katsarsky M.I. sea.

Well, what’s interesting is that within the structure of the university there is the RUDN Educational and Scientific Institute for Comparative Educational Policy, which almost every year wins grants from the Ministry of Higher Education and Science, carries out fundamental and applied scientific research, expertise, and also provides consulting services; distributes the results of scientific research, including by preparing scientific reports and articles for publication; organizes events aimed at raising the level of education in the field of research in the field of higher education.

It is on the basis of this Institute that comparative analysis and scientific developments in the field of higher education are carried out, including with the use of digitalization, which we can see by opening the RUDN website, which tells about this institute.

Or gentlemen Zhuravlev and Lesyuk know something that Academician V.M. Filippov? Gurus of higher education? Or the teaching staff of this institute cannot provide such services to RUDN University, because they do not have sufficient qualifications, do not have knowledge and experience? Or is the work on the grants of the ministry carried out not by the RUDN University, but by such Zhuravlev and Co.?

Or just the first vice-rector Nazyuta S.V. or vice-rector Katsarsky M.I. do they not trust professionalism or question the experience of Vladimir Mikhailovich, as well as scientists and teachers of this Institute? Or is it a way to grab money in your pocket? After all, no one, as we understand it, will check whether there have been publications or whether at least some item from these agreements has been fulfilled. Or why create such structures, pay salaries to employees if no one needs them?

Why is this possible?

As it became known to Rucriminal.info, the father of the rector is Alexander Vladimirovich Yastrebov, together with Vice-Rector Nazyuta S.V. recently, they regularly turn to persons from the employees of the FSB of the Russian Federation for support in order to prevent legal criminal prosecution for theft of budget funds. of money.

And as you understand, with such support, you can conclude any contracts, violating the prescribed legal order, and feel in perfect order.

But this is only the beginning of the exploits of the first projector, Mr. Nazyuta S.V. in our next investigation, we will reveal in more detail the schemes for withdrawing funds from the university budget by this person.