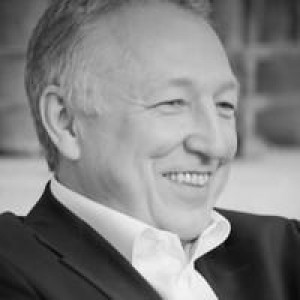 F.Uzbekov until 2002 was a senior adviser in Gazprom Export, as well as a deputy director, a member of the board of KazRosGaz (Gazprom and KazMunaiGaz JV).

SZS is a Russian monopolist in the production of fiberglass storage batteries for submarines. Now the plant not only does not fulfill state orders, but in general it has appeared on the verge of bankruptcy ...

By that time representatives of the Ministry of Internal Affairs, the FSB and the arbitration court of the Moscow region were interested in the matter of the legality of the acquisition of shares in Rokicki. Then the Canadian resold its stake in the Stupino plant of OAO National Oil and Gas Technologies (the head - Fuad Uzbekov) at a fairly low price, apparently having an agreement on their repurchase, after the conflict over the enterprise subsides.

But the Uzbeks, according to representatives of the SES, allegedly sold these shares to one large Russian financial and industrial company for a lot of money, while in another company they tried to get a loan for them simultaneously. And what is surprising, according to the state register of securities, these shares were again in the two firms of Rokitsky - Ontario Inc. and Ontario Ltd.

One way or another, there should not be any shares from Uzbekov, nor should there be grounds for claiming ownership of the enterprise. However, he continues to lead it. Moreover, Uzbekov began to actively bankrupt the SES. Canadian representatives, penetrating the situation, withdrew their power of attorney to conduct business on behalf of Inline Fiberglass Ltd., issued to Uzbekov and his lawyer Anvar Devlikamov.

Nevertheless, in December 2001, the Moscow Regional Arbitration Court decided to begin the bankruptcy procedure of the plant, and a representative of ZAO Interregional Agro-Industrial Group Yury Ryabovol (Uzbekov, one of the founders of this company) was appointed temporary administrator.

Fuad Minirovich Uzbekov, according to the information of the "Tula Prianikov", officially does not have an apartment, nor the most poor car, nor even a driver's license, only a Moscow residence permit. However, this apparently insane person is the head of a number of enterprises: ZAO Tula Dairy Plant (not to be confused with the Tula Dairy Plant), ZAO Tula Wine Company, and OAO National Oil and Gas Technologies. The first two are the property of the "National Gas Company", that is, F. Uzbekov and A. Meshcheryakov. In the third they own a package of 38% of the shares. Among the other founders of "oil and gas technology" are two Cypriot (offshore) firms and.

In 2012, the co-owner of the Polosukhinsky coal mine and former partner of Andrei Melnichenko 9 Alexander Schukin 189 (No. 189 in the Forbes list, a fortune of $ 500 million) decided to open a family-office in London - a private independent organization that provides services to families in connection with the management family property and other assets. The businessman instructed the husband of his only daughter Elena - Ildar Uzbekov, son of Fuad Uzbekov, who until 2002 had been a senior adviser at Gazprom Export, as well as a deputy director of KazRosGaz (a joint venture of Gazprom and KazMunayGaz) case materials in the High Court of London (available to Forbes).

10/10/2014 http: //rucompromat.com.,Obman the billionaire: how the family of Alexander Schukin opened the family-office

Ildar's father Fuad Uzbekov was a top manager of Gazprom Export for some time and seemed to have serious connections in the largest Russian company, but he did not earn a multi-million dollar fortune.

04/04/2017 Rospres., Criminal money of the oligarch Shchukin is laundered by the representative of the clan of Gazprom

The mother is the daughter of the well-known Kazakh lawyer Rashad Tazutdinov, father, Fuad Uzbekov, the son of the famous Soviet geologist, Minister Uzbekov. Already in the 1990s, Ildar Uzbekov's father participated in schemes for selling Russian and Kazakh gas to the West. And apparently, he helped to deduce funds for large officials and businessmen, one of whom could be Alexander Shchukin.

... In 2005, Ildar Uzbekov worked for Utility Aid Ltd. Her top management consisted of British people associated with firms controlled by Fuad Uzbekov. Utility Aid Ltd was engaged in service consulting to reduce the cost of energy for charitable organizations. Worked only with them and allegedly did not have the goal of making a profit. Probably, was an excellent screen for a young businessman?

... But who knows the true face of Ildar Uzbekov? The husband or not the husband, the son-in-law or the traitor? About honesty of business, probably, in general to speak excessively. And maybe behind all this is Fuad Uzbekov, who uses his son and through his daughter Shchukin got access to his assets?

The company Carpathian Resources, where Fuad Uzbekov works as an independent director, was recently involved in the offshore scandal Panama Papers.