On June 9, the Presnensky District Court of Moscow continued to consider the cases of billionaire colonel Dmitry Zakharchenko (in the first trial he was sentenced to 13 years in a strict regime colony and a large fine) and ex-co-owner of Civil Code 1520 Valery Markelov. According to the investigation, Markelov and his partner Boris Usherovich paid huge bribes to Zakharchenko, and he covered up their activities through the Ministry of Internal Affairs for them to other power structures. The activity consisted in the development of tens of billions received under contracts with Russian Railways. Details of the hearings are in the Rucriminal.info report. 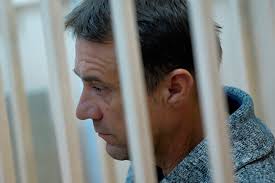 The meeting began with a curiosity: Zakharchenko asked how the recording of the current meeting would take place, and the state prosecutor Milan Digaeva, not hearing his remark, took it personally, asking the accused where he got the recording of her vacation from. Zakharchenko's lawyers had to explain that this is not at all about this. “Otherwise, I’m not surprised at anything,” the state prosecutor joked. This scene set a half-joking but extremely emotional tone for the entire meeting.

It opened with a series of petitions by Dmitry Zakharchenko. He demanded to conduct a biological, handwriting, linguistic and even psycholinguistic examination of the Apple computer, an apartment on Lomonosovsky Prospekt (it was there that a warehouse of money was found) and papers that, according to the investigation, came out from under his pen. It was clear from everything that this was not the end. The accused asked if it was possible to continue. “Let's all at once!” - Judge Sergei Artemov reacted half-jokingly. Zakharchenko asked for an opportunity to get acquainted with the database (the so-called "Site", which, according to investigators, took into account payments to the colonel and other illegal accounting department). The judge granted the last petition, rejecting all the previous ones despite loud objections from Zakharchenko, who accused the employee of the Prosecutor General's Office Milana Digaeva of the "slanderous nature" of the accusations against him and the evidence presented to substantiate them. The rest of the time of the five-hour meeting was occupied by the interrogation of the prosecution witness Gennady Maleev (the programmer who was responsible for maintaining and maintaining the so-called "Site"), as well as a very emotional study of the contents of two laptops (Lenovo and HP), with the accounting base installed on them. Maleev did not add anything new to the facts already heard in the process. From his rather inconsistent testimony, it followed that he personally did not manage the clients of "Ploschadka", did not know anyone, and that everything that he "knew" was communicated to him by his colleagues, employees of "Inkredbank" and Bank "Novoye Vremya". With the participation of defense lawyers, it was established for a long time that the "Platform" can only be considered an accounting program that does not reflect the actual transactions of funds through the accounts of the defendants. When laptops presented by the prosecution were connected to the projector, Maleev demonstrated to those present how the accounting database worked on the example of the Zakhar Tricky account (so, according to the prosecution, Zakharchenko was recorded there). As a result of long disputes about the terms and a whole series of clarifying questions, Maleev explained for a long time how the expense and income transactions differ in the database, how they are displayed, and also said that all changes made by client managers are reflected in special "logs". From them you can understand what, when and by whom was entered. However, from his explanations it followed that "logs" are not always written, and some operations are not displayed in them. Moreover, the accounting program is in no way tied to the real movement of money, and Maleev does not know whether there was such a thing.

The very demonstration of the bases rather confused those present even more, who, after some time of confused explanations, obviously began to get bored at first, then nervous, but hardly understand more than before. The next meeting was scheduled for June 23, and the judge warned that he would most likely close access to the hall for everyone except those directly involved in the process "due to the increasingly complicated epidemiological situation."

Rucriminal.info explains which Site we are talking about. For the time being, all the financial flows of GC 1520 were serviced by banker German Gorbuntsov. We are also talking about the shadow fund, from which money was paid to Zakharchenko and other recipients of bribes. Then Gorbuntsov had a conflict with partners and he left Russia. “When I hurriedly left Russia at the request of Zakharchenko, I was already in an active stage of conflict with Usherovich, Markelov and Krapivin and decided to secretly take with me an electronic database of banking transactions on my banks, developed specifically for the companies of the Russian Railways Group. For this survey, I attach a laptop with a pre-installed database on clients of Stolichny Commercial Bank and Inkredbank. This database represented bank transactions for clients with code names (for example, the companies of the Russian Railways group were called code-named "client TOKYO", "client Ivica", and a few more, according to the appendices to my explanation).

It reflected both official information about transfers of funds from one bank account to another, and unofficial information, for example, who is the manager of this or that account, to which group or client it belongs, and whether this or that operation is real or "shadow". Employees of CJSC Financial Company Galeon worked directly with the base: Bodrova O., Chernaya S., Belyaeva M., Likhushina E., Sinitsina S., Mironova N., Chislova E., as well as my assistant Natalia Maklakova (she was responsible for all office work, interacted with me and with P.Yu. Chuvilin). The system administrator Vasily Nikitin was engaged in the development of the database, it was he who taught all employees to work with it, he was explained which parameters should be taken into account (or taken into account) in a particular posting or data group. This program reflected precisely the real financial position of all flows, that is, how much money each specific client or group of clients (including the Russian Railways group) had and received at one time or another to all client accounts in all banks, what expense was made for each to the client and in what form it was done (non-cash, cash). This database contains several columns (the ordinal number of clients - the column "Number", its assignment to legal financial transactions or to shadow, reflecting the real state of affairs, column "B" (in the event that the code "999" was in column "B" , then this means that “black” transactions were taken into account, reflecting the real state of affairs and the belonging of a particular client of funds), the name of the client or a group of clients - the column “Name”). At the same time, each client, upon entering the corresponding posting, displays the available contact information, who this client is, work with him (personally or through an intermediary), what is the commission for receiving cash from bank funds (the amount of this commission was set individually for each client), others significant data ", - stated in the testimony of Gorbuntsov, published by Rucriminal.info.

“Regarding the mechanism of formation in the banks STB and Inkredbank controlled by me and the KUM group of cash, at the expense of which bribes were subsequently paid, including Derevianko and Zakharchenko, I can explain the following:

So, these funds were formed at the expense of cash, which was unaccounted for the proceeds of various trade and service enterprises served, among other things, by natives of China and Vietnam (the most varied vivid example of where significant amounts of cash came from is the trade and fair complex " Moscow ", Market Gardener, Cherkizovsky Market, Pokrovskaya fruit and vegetable base). The collection of such funds to the bank was handled by Krasnov, Deputy Chairman of the Board of Inkredbank, who had his own transport company, on the balance sheet of which there were 49 Volkswagen minibuses specially equipped for the transportation of money, however, Krasnov's specialization also included legal funds that were collected from normal customers. "

“At the same time, the expenditure of funds and the further actual receipt by the client of this or that money was made on a netting basis with various persons who controlled the bank accounts of various organizations in Russian and foreign banks,” the report of Gorbuntsov's survey says.

In 2016, Dmitry Zakharchenko was detained - part of the law enforcement "roof" of this entire "pipeline" for pumping out budget money from Russian Railways and Gazprom. German Gorbuntsov from London sent a written testimony (in the form of a survey), and also handed over a laptop with the same electronic base of the Russian Railways Group. The officers of the TFR and the FSB of the Russian Federation began to check her, and all the information was confirmed. As a result, Valery Markelov was arrested for giving bribes to Dmitry Zakharchenko (the same salary of 150 thousand euros). His business partner Boris Usherovich, as well as top managers of the "laundry" Ivan Stankevich and Dmitry Motorin were arrested in absentia, they were put on the international wanted list.

Rucriminal.info publishes an excerpt from this huge cash recipient base. So, “STOLYAR” in it designates the former deputy head of the GUSB, and then the head of the Main Directorate of the Ministry of Internal Affairs for the Central Federal District Sergei Dervyanko. "ZAKHAR" is an employee of the GUEBiPK of the Ministry of Internal Affairs of the Russian Federation Dmitry Zakharchenko. IVITSA is co-owners of GK 1520 (the largest contractor of Russian Railways) Boris Usherovich and Valery Markelov. 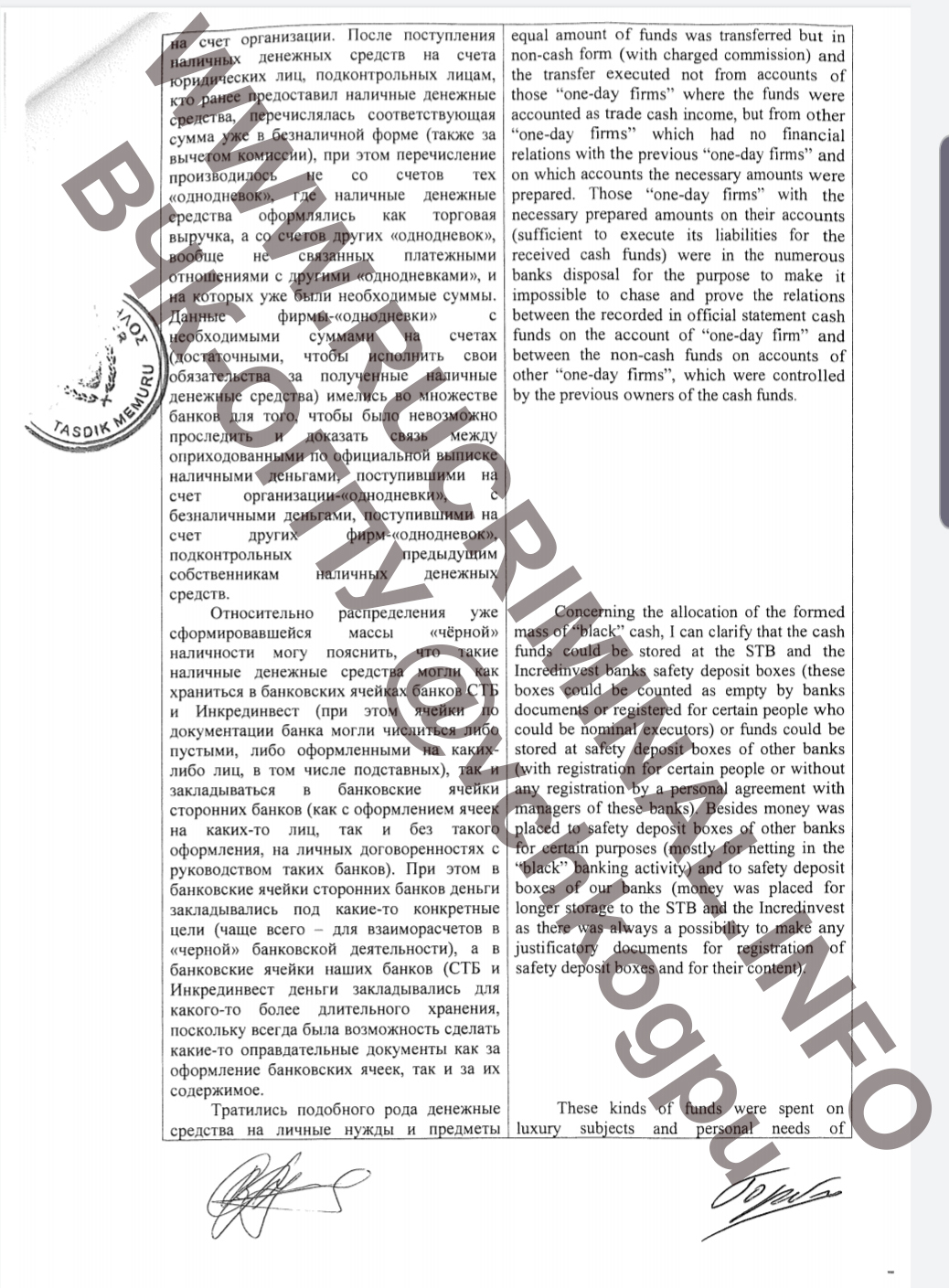