Testimony that made the siloviki millionaires

How the materials on the "customers" of the murders committed by the Dzhako organized criminal... On Tuesday, the Southern District Military Court will resume the trial of the leader of the killers' group Aslan Gagiev (Dzhako). He is charged with dozens of murders, most of which are "ordered" ones. Only now there are no "customers" in the dock, except for one - the modest former prosecutor Olga Shvetsova, who ordered her sister's ex-husband's Dzhako. Essentially "everyday life". As the telegram channel of the Cheka-OGPU and Rucriminal.info found out, in reality the security forces received the names of high-ranking "customers". Testimony against them was given by Jaco's "right hand", his financier Arkady Berkovich, who was arrested for his participation in a number of murders committed by Gagiev's organized crime group. But then real miracles happened. As we learned, a large group of security officials became real rich, and the materials were simply not given a go. Berkoich was generally released and his case, apparently, will never appear in court in exchange for further silence. We have at our disposal scandalous testimony, from which much becomes clear. Berkovich calls Andrey Krapivin - assistant and "right hand" of Vladimir Yaunin when he was the head of Russian Railways. His son Alexei now manages the largest Russian Railways contractor GK 1520 in the interests of Igor Rotenberg. Berkovich also talks about Boris Usherovich. He is wanted in the "Zakharchenko case", but continues to be a co-owner of GU 1520. At the time of the events, Krapivin, Usherovich and their partner Valery Markelov were very close to Yakunin, owned GK 1520 and a number of other companies, mastering almost all contract money of Russian Railways. It was about tens of billions of rubles. A significant part of this money was plundered and withdrawn from Russia. 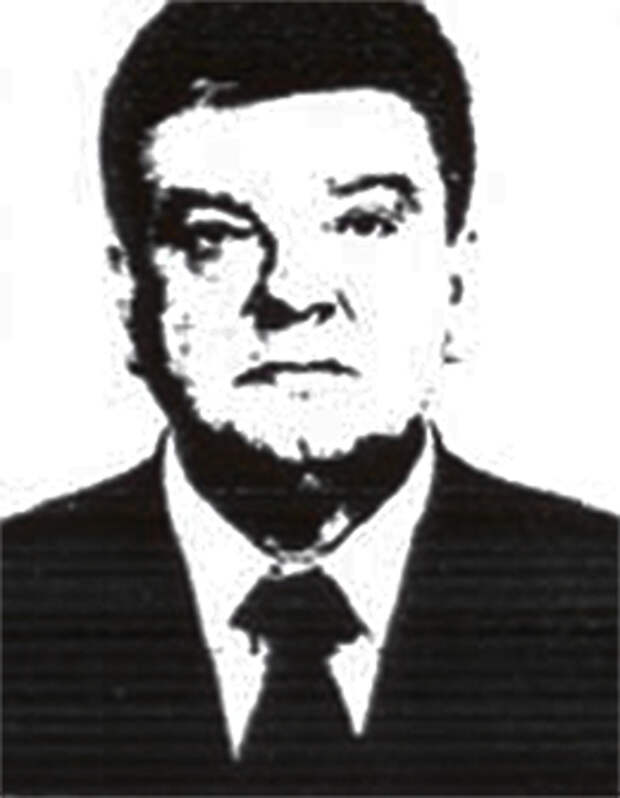 Rucriminal.info gives the first part of the scandalous testimony:

“So, approximately in 1999-2000 I met the banker Shevchenko Alexander Eduardovich at the opening of the registration for the bank Shevchenko A.E. (in which one, I don't remember) the current accounts of the companies controlled by Boris Efimovich Usherovich, whom I have known since 1992. With Shevchenko AE, I only had a business relationship related to opening current accounts and transferring money through them. After about six months Shevchenko A.E. He introduced me to Dmitry Sergeevich Plytnik, with whom the latter was in friendly and partnership relations. With Plytnik DS. I also only had a business relationship.

Swimmer DS. I was the owner or unofficial owner of various banks and I had to deal with the placement of company accounts on behalf of Boris Efimovich Usherovich, Valery Anatolyevich Markelov, Andrey Viktorovich Krapivin.

Around 2003, he met Oleg Anatolyevich Novoselsky. I met Novoselsky through Ekaterina's wife, Maxim, who was a police officer. Ekaterina herself worked in our office located in the building of the National Capital bank in the Basmanny deadlock area of ​​Moscow. Novoselsky was engaged in illegal wiretapping. cashing money, had a fairly wide circle of acquaintances among law enforcement officers, since he previously served in the border troops of the FSB of Russia. With Novoselsky O.A. I mainly had a business relationship, one might say, friendly. Sometimes I advised him on certain issues, introduced him to various people who were involved in business.

In turn, Novoselsky O.A. also provided me with some services in my direct work. Around the beginning of 2004 or a little later, I introduced Novoselsky O.A. with Gagiev Aslan. The very acquaintance of Novoselsky O.A. It happened with Gagiev Aslan on the initiative of the latter, since during my meetings with Gagiev Aslan I repeatedly told him about my acquaintances, who does what, what financial interests and opportunities they have. I also spoke repeatedly to Aslan Gagiev about O. Novoselsky, about the fact that he was a former employee of the border troops of the FSB of Russia, had extensive contacts in law enforcement agencies, and was engaged in illegal wiretapping of certain persons for a fee.

After some time, Gagiev Aslan began to call Novoselsky O.A. with me "Brother". Novoselsky O.A. in turn Gagieva A.M. also became known as "Brother". Later, according to Novoselsky O.A. I learned that, at the request of Aslan Gagiev, he was engaged in illegal wiretapping of telephone conversations of various persons for a fee, I don’t know which ones. Around the end of summer or early fall of 2004, Sergei (I don’t remember his last name and patronymic), the financier of Usherovich Boris Efimovich, Margelov Valery Anatolyevich, Krapivin Andrei Viktorovich, who was engaged in cashing the funds of the latter, storing them and transferring them abroad, at the initiative of Usherovich B. Ye. ... introduced me to the banker Alexander Yuryevich Slesarev, who was the shadow owner of several banks, namely: Credittrust and Sodbiznesbank.

In confirmation of the possibility of repayment of the loan, Slesarev A.Yu. a list of liquid loans from his bank was provided, the reliability of which was confirmed by Sergei "Student". Approximately one month has passed, Slesarev A.Yu. did not return the promised money, while continuing to ask them for more money in loans. I convinced B.E. Usherovich, V.A. Markelov. and Krapivina A.The. no longer provide Slesarev A.Yu. no loans, because by this time he already knew that there were big financial problems in the latter's tank and was simply sure that he would not be able to return the money. Some more short time passed, Slesarev A.Yu. did not return the borrowed money within the agreed period. After that, on behalf of B.E. Usherovich, V.A. Markelov, and Krapivina A.The. I had to evaluate the specified loan "portfolio" for the amount of debt. Since I was not very well versed in the intricacies of banking, I involved in the assessment of the loan "portfolio" of the bank "Credittrust", which was under the control of A.Yu. Slesarev. his acquaintances bankers - Shevchenko A.E. and Plytnik D.S. having previously agreed this with B.E. Usherovich, V.A. Markelov and A.V. Krapivin. In turn, Shevchenko A.E. and Plytnik DS. Dyagterev Philip was also involved in this work, who at that time was, as far as I know, the formal (official) director of the National Capital bank, controlled by Plytnik DS. After that Plytnik D.S., Shevchenko A.Yu. and Dyagterev Philip for about one week assessed the loan "portfolio" of the bank "Credittrust", chose from the list of loan agreements previously provided by Slesarev A.Yu., according to which other persons owed money to the bank "Credittrust". I would like to clarify that these loan agreements (obligations) were selected for the amount of only about 17-20 million US dollars, since Sergei “To the student his money in the amount equal to about 7 million US dollars was going to receive from Slesarev A.Yu. in any other way, in what way, I do not know, but on this occasion he had a separate agreement with Slesarev A.Yu. By agreement of B.V. Usherovich, V.A. Markelov and Krapivina A.The. Pytnikom D.S. credit liabilities of other legal entities to the bank Slesarev A.Yu. were reissued to a bank controlled by D.S. Plytnik. "National capital", so that in the future Plytnik D.S. reissued these credit obligations to commercial organizations controlled by B.E. Usherovich, V.A. Markelov, A.V. Krapivin.

It was required to re-register the indicated credit liabilities of the capital to the National Capital Bank as soon as possible, since A.Yu. By that time, Credit Trust was on the verge of bankruptcy. As far as I know, in addition to these loan obligations Slesarev A.Yu. in connection with the possible impending bankruptcy of his bank, Kredittrust reissued, already on behalf of himself and for his own needs, similar loan obligations to the National Capital bank in the amount of approximately 9 million US dollars.

For about one month between Plytnik D.S., Slesarev A.Yu., Usherovich B., Markelov V.A. and Krapivin A.The. there was a certain idyll. Usherovich B.E., Markelov V.A. and Krapivin A.The. quietly communicated separately with Slesarev A.Yu. and Plytnik D.S., rejoicing that they were able to save their above money in this way. In turn, Plytnik D.S. calmly communicated with Slesarev A.Yu. and at that time no conflict situation arose between them. I want to clarify that for me, even then it became clear that Plytnik D.S. has changed and the money will be returned over a long period of time.

After a while, Plytnik DS. actually created a conflict situation with Usherovich B.E., Markelov V.A., and Krapivin A.V., refused to re-register these loan obligations for the latter, demanding part of the loan obligations into his own ownership for the work done. A similar conflict situation with D.S. Plytnik. arose with Slesarev A.Yu. After that Usherovich B.E., Markelov V.A. and Krapivin A.V., as well as Slesarev A.Yu. decided to seize "National Capital", controlled by Plytnik D.S. As far as I know, the plan of the raider seizure was invented by A.Yu. Slesarev, which consisted in forging the constituent documents of the National Capital bank, thus re-registering them in the control of B.Ye. Usherovich, V.A. Markelov, A.V. Krapivin. ... and Slesarev A.IO. legal entities. I do not know what legal entities exactly, but I know that a criminal case was ultimately initiated on this fact. In accordance with this plan, respectively, B.E. Usherovich, V.A. Markelov. originally it was assumed in any way for the old "sins" (crimes) of Plytnik DS. initiate the arrest or detention of DS Plytnik himself through the law enforcement agencies, so that at the time of the seizure of the National Capital Bank, he could not oppose them in any way in this. Literally after a while, after what time, I don't remember, B.V. Usherovich, V.A. Markelov. Krapivin A.V., also Slesarev A.Yu. organized the forgery of the constituent documents of legal entities that were the formal (by law) owners of the National Capital Bank for the individuals or legal entities under their control, submitted these forged documents to the tax office for registration of ownership.

The arrest of Plytnik D.S. through law enforcement agencies for some reason failed. After that Usherovich B.E., Markelov V.A., Krapivin, as well as Slesarev A.Yu. come up with a plan to kidnap Plytnik D.S., so that the latter could not in any way prevent and force the latter to sign some documents, after the signing of which, they would become the owners of Plytnik D.S.'s property.