From Solntsevo to billions of Russian Railways 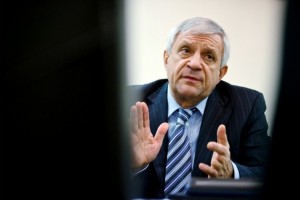 Co-owner GK "1520", Boris Usherovich, which is located in the international wanted list for giving bribes to the ex-employee Guebipk of the MIA of the Russian Federation Dmitry Zakharchenko, again came from Israel to England. As it became known Rucriminal.info. in the country where he is seeking political asylum, Usherovic drove through Ireland for a short period to submit additional documents required for asylum. And at the same time to communicate with representatives of the British intelligence services on what information he will be able to share in the future. Without clarity with political asylum, being wanted by Interpol, Usherovich believes that he is safer in actually "native" Israel. Although, of course, in the case of a forced long stay outside Russia, Usherovich sees his life in London, where he has already created a Fund with assets of 2 billion euros.

All means to accelerate the move to London Osherovich tries and intensify the investigation "Affairs Zakharchenko." As already said Rucriminal.info now SKR and FSB do not investigate individual cases of relations Zakharchenko and givers, and the activity of the criminal community. Its purpose was embezzlement and laundering of budget funds, primarily Russian Railways. It was about hundreds of billions of rubles, obtainable under contracts with Russian Railways group of companies 1520, owned by Valery Markelov, Boris Usherovich and Alexei Krapivin. The whole group of security officers, but not only one Zakharchenko covered this business.

For understanding how it was formed and acted in this group, the conclusion of hundreds of billions of rubles of funds of Russian Railways, Rucriminal.info publish statements and materials of people who are now vayutsya witnesses of the TFR in the high-profile case. In this article we give the statement of the banker Alexander Antonov.

"02 Mar 2012 the ruling of the senior investigator for particularly important cases under the Chairman of the Investigative Committee of the Russian Federation the General-the major of justice of Tucovica N. In. renewed preliminary investigation of criminal case No. 201/355004-10, the fact of attempted murder Antonov A. Yu.

The basis for the resumption of the preliminary investigation is a statement Antonov A. Yu about his involvement in the attempted murder of the Chairman of the Board of Directors of JSC "Investbank" periodic Sergey Vladislavovich and Chuvilin Peter Yu, the former Vice-President of OOO KB Inkredbank and former President of the hockey club "Spartak".

The above-mentioned persons are members of the group specializing in raider seizure of foreign property in especially large sizes, in particular banks, real estate, large enterprises, as well as cashing and legalization of stolen budget funds. Other active participants of this group are Usherovich Boris Efimovich and Krapivin Andrey Viktorovich. The latter also holds the position of adviser to the head of JSC "Russian Railways" and is directly related to the theft of funds of Russian Railways through the "contractual tenders" and the withdrawal of them, using a network of technical companies in offshore zones.

Not the last role in the theft and legalization of funds of Russian Railways is played by banks that have already seized and continue to capture members of the above group of persons.

Details of the attempt and seizure of banks are described in more detail in the statements sent to law enforcement agencies, but no response has been received to date.

Earlier the same group of people and about a similar scheme has been deprived of the ownership of another banker and big businessman German Gorbuntsov Aksyonov. In the case of Gorbuntsov G. V. the volume of stolen and selected property is about one billion us dollars. Gorbuntsov G. V. since 2010 she is actively communicating with law enforcement and all who could somehow contribute to bringing these persons to criminal liability, but the criminal case on his application through the efforts of corrupt ties opponents suspended," the statement says Antonov, which publishes Rucriminal.info.

And now let's take a couple of fragments from the statement of Herman Gorbuntsov, to whom the adviser to the head of Russian Railways Andrey Krapivin sent to the STB Bank "assistant" Boris Usherovich.  According to Gorbuntsov, Usherovich the Bank repeatedly talked about his criminal friends. About "authority" Maxim Kurochkin (Max Mad) who in 2007 was shot by the sniper when the convoy brought Mad from the courthouse in Kiev.

About one of the creators of Solntsevo Victor Averin. In 2007, the brother of Victor "authority" Alexander Averin in one of the restaurants near Moscow brutally beat an employee of the FSO. Everyone thought that after this the brothers waited by unenviable destiny. However, a year later the criminal case was suddenly closed - Fsoshnik refused all claims to Alexander Averin. According to A rumafia source in law enforcement, such a change in the point of view of an employee of one of the most secret Russian special services occurred after he received a compensation of $300 thousand. Quite a modest price to pay for solving such a big problem.

And about your friend Krapivina Osherovich, according to the statement Gorbunova directly said Advisor to the Russian Railways "opens the door to any rooms with the kick".