"With questionnaires I approached the adviser to the head of the Presidential Administration of the ... The documents of the US Financial Crimes Prevention Network (FinCEN), leaked to journalists, again returned to the media the surname of businessman Alexander Perepelichny, who fled from Russia and became an informant for the European intelligence services in the Magnitsky case. He died in 2012 while jogging outside his home in the suburbs of London. 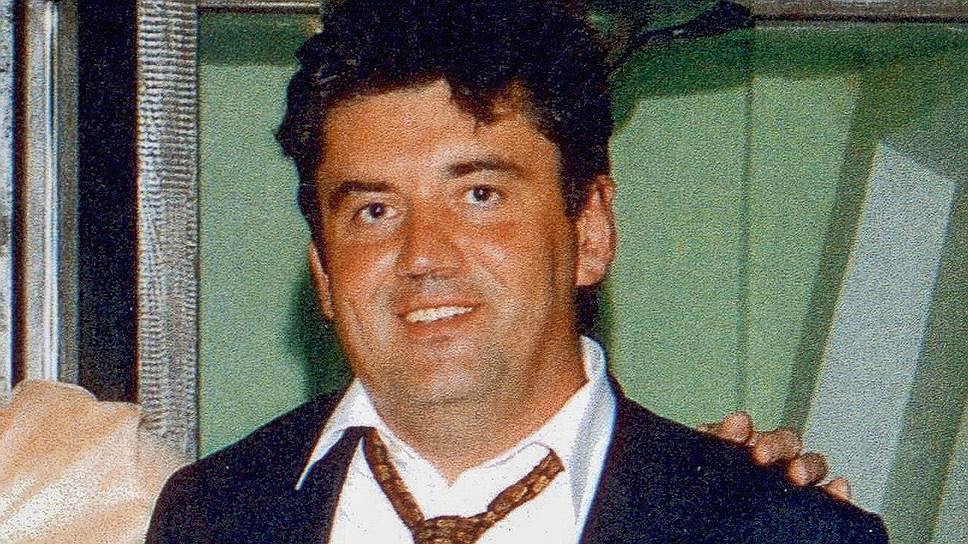 The police first reported a heart attack. However, two years after his death, it was established that the poisonous substance Gelsemium Elegans was present in Perepelichny's stomach. Symptoms of poisoning with this substance are similar to arrhythmia. According to the VChK-OGPU telegram channel, before his death, Perepelichny had a Skype conversation with Russian operatives who had questions to him in connection with the investigation into Valid Lurakhmaev (Validol). This is the head of a group of killers that have eliminated people around the world. During a search at Validol's house, they found a dossier on Perepelichny with a photo from the family archive. Perepelichny told operatives that he was engaged in the withdrawal of funds from Russia, including through his firm Financial Bridge with accounts in Deutsche Bank. And the main user of the laundering channel was Perepelichny's relative through his wife, then Senator Amir Gallyamov. He withdrew his funds from Russia and brought new clients. Galliamov at one point calculated that Perepelichny had embezzled $ 10 million from the senator's withdrawn funds. He threatened his relative, so Perepelichny was sure that it was Gallyamov who had "ordered" him to Validol, especially the photos that the killer had were in the senator's archives. The operatives also had no doubt that everything was so. Sources say that in the 90s Galliamov was closely associated with the Izmailovo group and since then a very long funeral train has been following them. Then he got along with another authoritative Senator Alexander Shishkin (Sasha Kemerovsky). When they squeezed out a lot of people on the Pirogov reservoir of the earth, they left this world ahead of time. Now Shishkin has a whole residence on Pirogovsky with access to water and a pier. It can also be added that recently Amir Gallyamov has been close with another hero of the 90s, the former leader of the Sevastopolskie organized crime group, Radik Yusupov, nicknamed Dragon. The Seaastopolskys have always been friends with the Izmailovskys. The dragon is now a member of many large business schemes.

As a result, the ICR decided to interrogate Gallyamov in the framework of the Validol case. But he denied acquaintance with Lurakhmaev, threats to Perepelichny, etc. And then this topic disappeared altogether, for reasons far from operational and investigative work.

The materials concerning Lurakhmaev are being processed by the TFR in connection with the investigation of the “fixers case”. A group of businessmen pretended to be officials of the Presidential Administration of the Russian Federation and offered: profitable contracts; positions of heads of state enterprises; places of senators and heads of regions. The prices were astronomical, estimated at millions and tens of millions of dollars. The fixers really had connections at the very top and they solved certain issues. And those clients whose wishes could not be fulfilled faced a sad fate. They took money from them, but they themselves were eliminated. It was Validol who organized the killings. One of the members of the group was the fixer Dmitry Pivovarov, posing as an employee in the Presidential Administration of the Russian Federation. Moreover, he received visitors right in the office on the Old Square. At the disposal of Rucriminal.info were the interrogation protocols of Pivovarov, during which he tells how and through whom the "fixers" organized their business. We will publish these materials in parts.

“Question: During the search in your home, a large number of questionnaires and resumes for various people of applicants for government and leadership positions were seized. In addition, copies of various criminal cases were seized. How can you explain this?

Answer: Regarding the materials of criminal cases, I can explain that I, as a lawyer, gave advice on certain issues to people who contacted me through mutual acquaintances. In addition, since many of my acquaintances knew that I was in one way or another communicating with representatives of the administration and other officials, through various intermediaries I was asked to resolve the issue of employment of various people. The questionnaires were handed over to me, either personally by applicants or by intermediaries, and then with these questionnaires I approached my friend Krem-giri Nazirovich Hapsirokov, who served as an adviser to the head of the Presidential Administration of the Russian Federation. I was introduced to him at the end of 2008 by "Alexei" from Vladimir, I know him in connection with the provision of legal advice, I do not have a phone number for "Alexei". He introduced me to Hapsirokov, since the latter could solve many issues of interest to me, including about employment. I was in his office, located in the Presidential Administration building on Staraya Square, in the first entrance on the third floor. Then we met at the Slivovitsa cafe, on the street. Ilyinka, Hapsirokov suggested that I contact him, if I have any questions, I have his work phone number in my contact list. So, when they brought me the questionnaires and CVs, I met with Hapsirokov on the second floor of the Slivovitsa cafe, showed the questionnaires to him, and he spoke. whether the person is suitable for the position he wants to take or not. I can explain that the questionnaires and resumes found in my possession were banned, that is, Hapsirokov informed me that these people were not suitable for such positions. Hapsirokov left some of the questionnaires, but I do not know whether the people indicated in them were employed or not. " 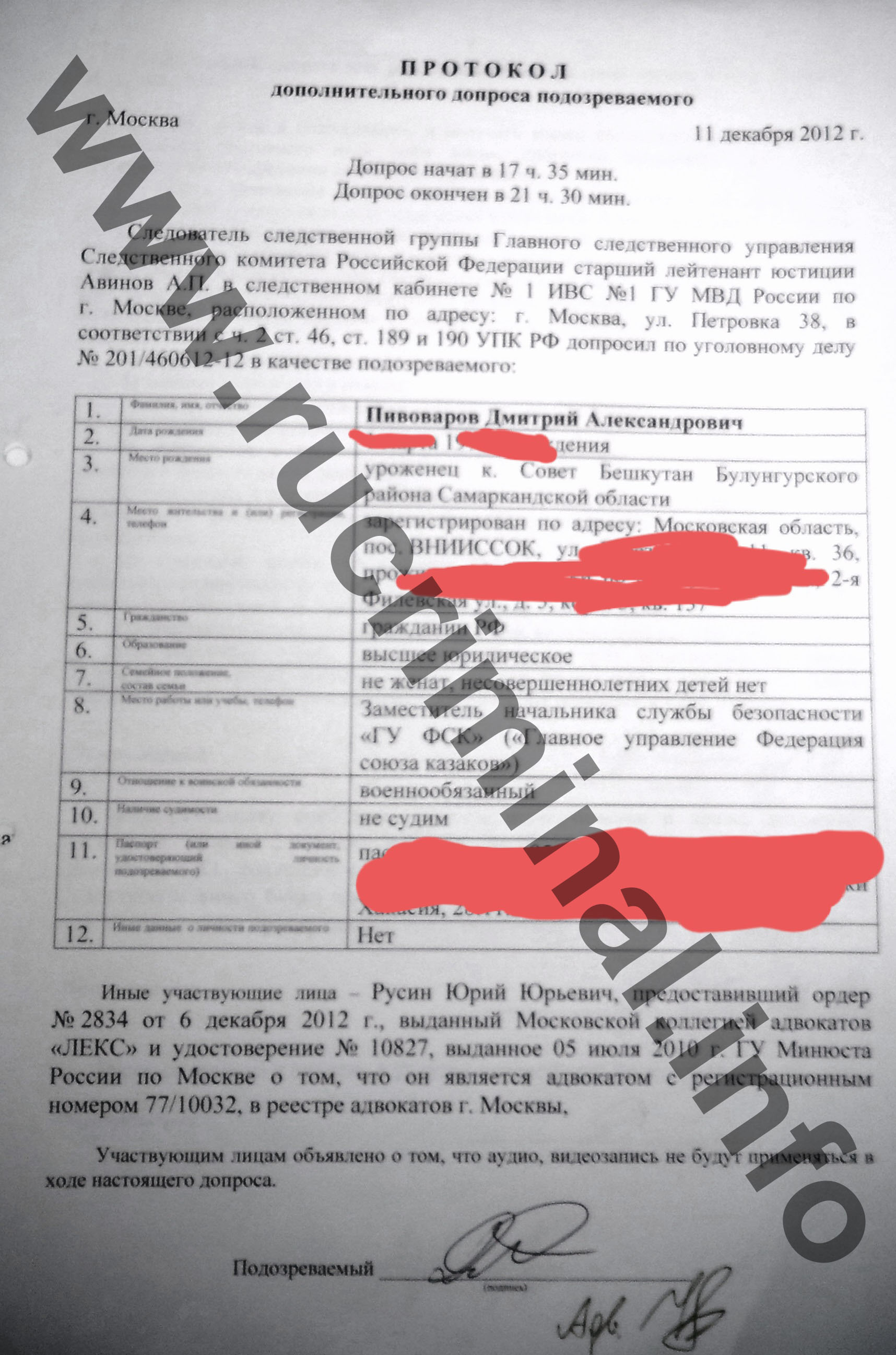