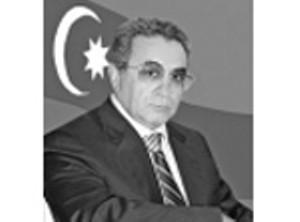 Despite the fact that the born Jakub Malik Sadih oglu Yakubov (better known as Yakov Yakubov) is included in the list of the wealthy Forbes magazine, owns hundreds of buildings in Moscow, including on Tverskaya street, his name is rarely found in the media and in Internet businessman has only two pictures. It is absolutely not a public person, never gave interviews, he does not appear at social events, with the exception of the "closed" parties organized by his close friends, too, Mountain Jews. All the many properties Yakubov, his business is recorded exclusively offshore.

The Russian oligarch family only twice mentioned in the registration authorities. Back in 1996, when Yakubov was just beginning to seize properties on Tverskaya Street, he "recorded" controlled his LP "Four" on his wife Zoe Avshalumovnu Yakubov. Other times oligarch "lit up" in the Registration Chamber, when in 2005 the company "Livardis" was created in Moscow. However, its founder Jakub Malik Sadih oglu became prudently in their passport, a US citizen, where he was listed as a resident of New York (US passport number 11 ...., Issued 05.08.2004 city) Yakov Yakubov. Other co-founders of "Livardis" became another "American" Joseph Yushuvaev, businessmen Victor Kulik, Neeson Aronov, as well as brothers and Shalamov Rahmin Kaykovy (semi-criminal businessmen, owners of "Marco Polo").

More often Yakov Yakubov found in the reports of the Moscow Criminal Investigation Department, involved the disclosure of various murders. Here are just a small list of offenses in connection with which checks our hero.

Sixth November 1998 15th Park Street in Moscow, the killer opened fire on the head of the Kazan station Zhafyarovichu Sultan Yakubov. The man was wounded in the stomach and leg. During the investigation it was found that the Sultan Yakubov is well known in the criminal world under nickname Sultan. He is a relative of Yakov Yakubov. Last, and helped the Sultan to become the head of the station. Upon request, Yakov Yakubov, Sultan maintained relations with the Solntsevo, Kazan Bauman and criminal gangs.

March 20, 2005 an unknown offender entered the administrative building Motodormehbazy located at the stadium "Luzhniki". The killer climbed to the second floor where the shot from the gun of the former general director of the showroom "Evrodiller" Yuri Degtyarev and his friend Arsene Oganesyants. Both men died from the received wounds. During the investigation it was found that before the crime in Degtyarev was a conflict with Yakov Yakubov. Shortly before the murder of businessmen are constantly called up and met, but the problem could not be solved.

January 31, 2001 in her apartment building on the Grand Dorogomilov street was shot co-owner of the company "Empire T.E.D." David I. Abramov. He was the Mountain Jews, was acquainted with Yakov Yakubov, shortly before the murder Abramov about something talked on the phone with a certain party. It turned out that this number at the moment used oligarch Yakubov and his assistant Timur.

August 8, 2000 in the underpass at Pushkin Square there was a powerful explosion. Killed 13 people, 61 people had been wounded. The crime was committed at a time when Yakubov structure, one after another seized properties on Tverskaya Street. A company controlled by him "Terrabildinginzhiniring" showed keen interest in the objects in Pushkin. After a year on suspicion of a good friend Yakubov Baregam Agvanovich Petrosian was detained in the organization of this crime. During a search of his company "Stargrad" phone was found, which was used Petrosyan. Shortly before the connection with the crime he committed with the phone, which was used Yakubov.

June 1, 2001 in his apartment in Yurlovsky Lane was found dead a member of the Committee for Culture of Moscow Government, Head of the Directorate of the Moscow theater and concert and sports and entertainment ticket offices 64-year-old Svetlana Dudnik. The woman was bound, tortured her for a long time, and then beaten to death. The investigation revealed that Dudnik was familiar with Yakubov, who at that time had already worked closely with officials from Mospravitelstva. The records of the victim was recorded strange point: shortly before the death of Angelica met Yakubov, and in such an unusual place, as the transition to the University of Moscow.

In July 2002, in an apartment on the street Antonov-Ovseenko was found dead 19-year-old citizen of the Ukrainian elite prostitute Elena Viktorovna Kushnirchuk. The girl died from a knife wound. On examination of records confused, it was found that it was a regular customer of Yakov, and a phone number, which was used Yakubov. However, the question did not have time. Soon after this crime was arrested another member of the community of Mountain Jews Rafael Monirovich Romachkin. The investigation revealed that in the summer of 2002, he had an apartment in the alley Elizabethan dealt with other elite prostitute - Yulia Tymoshenko Khodyreva. And it was also a customer Yakov. Why Romachkin killed prostitutes serving the Yakubov, and remains unclear. The record said that the two crimes were committed "in the course of sudden-onset" quarrels.

January 27, 1999 on Garibaldi Street in Moscow was killed by the chairman of the trade union of "Vnukovo Airlines" Gennady Borisov. An unknown offender struck him more than a dozen stab wounds from which he died. (Just remember Rafael Romachkin, preferring to deal with the victims of machetes). Before the death of Gennady Borisov led "war" with the owners of "Vnukovo Airlines", which at that time was a group of Mountain Jews, headed by Tatevos Surinov. In particular, Boris asked Prosecutor General's Office to verify the facts of the theft of $ 150 million allocated by the state avikompanii. During the investigation, detectives MOORE suspected that the killer led a Zaur Isayev Muradovich that, as stated in the reports of operatives, is a "close connection" Yakov Yakubov.

Evening of 26 May 1997 in Moscow, an attempt was made to the Chairman of the Moscow Committee of Education Kezin Love. "Volga", in which she was riding home from work, fired from a hunting rifle. Buckshot Kezina hit in the head, she was admitted to the hospital in serious condition. In August 1997, staff MOORE suspected that the crime may have been involved Agaragim Fatalievich Jafarov - one of the closest friends of Yakov Yakubov. It Jafarov, which, as stated in the police reports, "has a wide range of corrupt ties to the government of Moscow", has been in 90 years "conductor" Yakubov to senior officials of the capital. During the search Agaragima phone was confiscated. The compounds showed that before and after the assassination of Kezin, Jafarov about something constantly talked to Yakubov. Perhaps they were discussing their projects with the "corrupt connections", and may at the time of these conversations and it was something even more criminal.