“When reporting information to Dod, I fear for my life.” The Investigative Committee of Russia has stopped the criminal prosecution of the former chairman of the board of the state company RusHydro Yevgeny Dod. The first to report this was the telegram-canal of the Cheka-OGPU, according to which, this happened in May 2020 and after lengthy negotiations. TFR insisted on dismissal of the case for non-rehabilitating circumstances. What Dod himself categorically objected to. As a result, all the same, his persecution was stopped, and Dod managed to enter the board of directors of Sistema's timber holding company - Segezha Group. 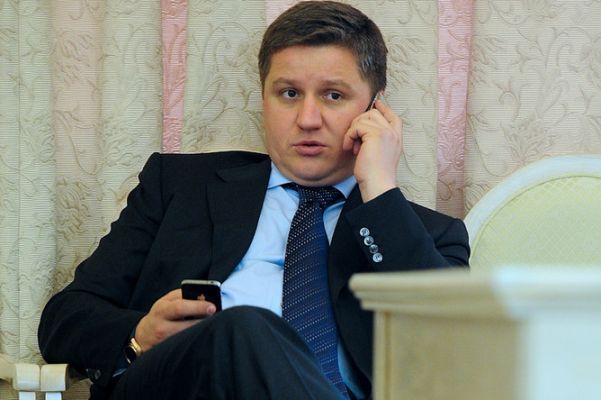 A criminal case against Dod was instituted in 2016. According to the SKR, he, being the board of RusHydro, illegally rewarded himself with 73.2 million rubles. Dod was placed under house arrest. He later indemnified the amount of damage. In 2017, he was released from house arrest, but the prosecution was not stopped. In 2020, Dod still managed to evade responsibility. Moreover, not only for embezzlement of money in the form of a bonus. As it became known to Rucriminal.info, at one point the issue of bringing another charge to Dod was considered. When he headed RusHydro, billions of rubles allocated for the construction of the Zagorskaya PSPP-2 in the Moscow Region were successfully “cut”, and in 2013, a man-made disaster occurred at the station. It was necessary to spend 50-60 billion rubles on its restoration. However, Dod hid all these facts so that RusHydro would not increase expenses and he could write out huge bonuses (they directly depended on RusHydro's profit). All this, the IC of the Russian Federation was told by a secret witness whose name in the materials is encrypted as Timofey Ivanov.

At the disposal of Rucriminal.info were the materials of the “Dod case”. The first of these we publish the testimony of this witness:

“At present, I want to voluntarily give detailed testimonies to the investigation about the unlawful activities of the former chairman of the board of PJSC RusHydro, Yevgeny Vyacheslavovich Dod.

Due to the fact that Dod E.V. possesses a lot of money, as well as connections in various state authorities, as well as many close friends among the employees of the law enforcement system of Russia, I, informing the investigation of this information, really fear for my life and the health of my loved ones.

I have been working in the structure of PJSC RusHydro for more than 8 years to the present. I took part in the restoration of the Sayano-Shushenskaya hydroelectric power station, partially destroyed in September 2009.

The main shareholder of GusHydro is the state, which currently owns more than 65% of the company’s shares.

For the period of my work and to the present, the financial situation of GusHydro is getting worse. I attribute this to the fact that the salary of ordinary GusHydro employees has never been indexed or increased. Until 2010, the salaries of company employees at the end of the year were two times higher than after 2010. Travel expenses of company employees decreased. In 2014, about 300 people were reduced at GusHydro.

Despite this, all salaries and bonuses of the top management of GusHydro did not decrease, but rather increased many times, which, of course, was unacceptable, as the financial situation of the company was constantly and steadily worsening. In addition, in September 2013, an accident occurred at the Zagorskaya PSPP-2 in the Moscow Region as a result of soil subsidence, which destroyed a large amount of equipment, and some of the equipment became unusable.

The reasons for the accident at the Zagorskaya PSPP-2 were the inadequacy of surveys for the period of the project development and working drawings, insufficient customer attention to the data of control measurements and observations of the base of the structure and the structure itself.

The construction of the Zagorskaya PSPP-2 was carried out from 2006 to September 2013, when the accident occurred. GusHydro invested about 70 billion rubles in the construction.

To date, no work is underway to restore the Zagorskaya PSPP-2, since there is no decision by the GusHydro management.

In October 2015, the cost estimate for the restoration of the Zagorskaya PSPP-2 was completed, according to which 25 billion rubles are needed to restore the station after the accident. and for the completion of the station and commissioning (due to the fact that part of the structures and equipment after the accident became unusable, as well as the costs of maintaining and maintaining the safety of previously constructed structures), 28 billion rubles is needed.

In total, as a result of the accident at the Zagorskaya PSPP-2, GusHydro, it is necessary to spend additionally more than 53 billion rubles.

Already at the end of 2013, it was clear to all employees and the management of GusHydro that it would be necessary to spend additional 50-60 billion rubles on the restoration and completion of the Zagorskaya PSPP-2. This, of course, was also known to Dod E.V., who kept all personal questions on the investigation of the causes of the accident at Zagorskaya PSPP-2, on establishing the exact amounts for restoration.

For example, to restore the Sayano-Shushenskaya hydroelectric station from September 2009 to the present, about 38 billion rubles have been spent, of which about 4 billion rubles. these are funds from the federal budget that were provided by GusHydro as a result of additional issue (issue) of shares and redemption by the state.

In this connection, I believe that the size of the special bonus is Doda E.V. according to the results of the work of “GusHydro” for 2013, it was calculated incorrectly, on the basis of inaccurate data and they unnecessarily received funds belonging to GusHydro.