The wrong side of justice by Dmitry Chirakadze

The Federal Tax Service requires the Moscow Arbitration Court to declare bankrupt the company "Pravodnik", the founder of the portal "Pravo.ru". The owners of Pravo.ru are Dmitry Chirakadze and his wife Lyubov Orlova. They are responsible for the operation of the e-justice system, for which they receive huge amounts from the Supreme Court. According to experts, this system is so "lame", and after the bankruptcy of the main company, Chirakadze and Orlova, it can simply collapse. However, the spouses themselves, apparently, are not very worried about what happened. According to the sources of Rucriminal.info, having entered the judicial system, they, together with their own law office “Pozharsky and Partners”, became prominent players in the market for solving problems with the Supreme Court, Arbitration, etc. Which is not surprising, given Chirakadze’s close relationship with the heads of legal areas of major companies. So, a native of Pozharsky & Partners is Alexander Zablotskis (he was still the chief lawyer of Pravo.ru), who is delegated to Mikhail Fridman, director of legal affairs at A1. After the detention of the deputy chiefs of the Investigative Department of the Ministry of Internal Affairs of the Russian Federation, Alexander Krakovsky and Alexander Biryukov, Zablotskis may increase, but Chirakadze and his friends have a rich experience of protection against the FSB. At one time counterintelligence agents detained lawyer Pozharsky and Partners Alexander Batsyn, one of Chirakadze’s closest associates. Batsyn was also a Director of Legal and Legal System Pravo.ru LLC. Batsyn was sent to custody, and the case led directly to Chirakadze, who was then in the development of counterintelligence. Batsyn would not remain silent for a long time, so great efforts were put into his salvation As a result, he stayed in custody for a very short time, the Krasnodar Regional Court, despite the categorical objections of the representatives of the FSB and the prosecutor's office, changed his preventive measure for a bail of 1 million rubles. 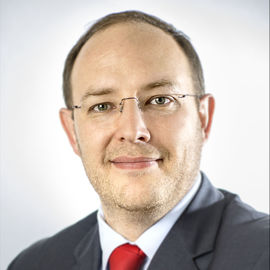 If we return to the nearest contacts of Chirakadze and Orlov, then Timur Valiev, Oleg Deripaska, Deputy General Director for Legal Affairs at EN +, is their long-time business partner and just a family friend. The family has also been cooperating with NLMK's chief lawyer and Nikolai Gagarin, a member of the Board of Directors of NLMK, for a long time. Co-founder of SPS Pravo and Pravodnik Olga Volokhova is also a co-owner of the hunting club NP CLUB PROGRESS. Other co-founders are Vladimir Lisin (owner of NLMK) and Nikolai Gagarin. The real co-owners of Progress are Chirakadze and Orlova. This list can be continued for a long time. And believe me, with a convincing and not empty request, friendly lawyers and companies can get convenient court decisions.

The activities of Chirakadze and Orlova are not limited to all this. In 2018, the Bank of Russia forwarded to the Prosecutor General of the Russian Federation, the Ministry of Internal Affairs and the Investigative Committee of the Russian Federation information on financial transactions with signs of criminal offenses carried out by the CBA Bank, whose license was revoked. In the course of the work of the Central Bank and the DIA, it was found that funds were withdrawn from the bank to the accounts of firms “associated with the ultimate beneficiaries of a credit institution” in droves. Because of this, a financial “hole” of 1.5 billion rubles has formed in the bank. The names of the “ultimate beneficiaries” are not a secret - these are the spouses Dmitry Chirakadze and Lyubov Orlova. They are the owners of the company Pravo.ru and its many "subsidiary" structures. This company is known not only for owning the portal of the same name, but also for the fact that for many years it has been servicing the websites of Russian courts and creating various systems, such as E-Justice. In order to enter this business, the “brainchild” of Chirakadze and Orlova had to go to the minus value at the bidding for the state contract. That is, their company agreed to pay the court for their work. With such a business policy, it is not at all surprising that a gigantic “hole” has formed in NEA-Bank, and the funds were spent on beneficiary projects. However, these investments for the Chirakadze-Orlova family, of course, paid off. Now they themselves and the Pozharsky and Partners law firm associated with them are known as one of the main specialists in obtaining the necessary decisions in the Supreme Court and Moscow arbitration.