"I didn't like it when someone argued with him and punished him cruelly." 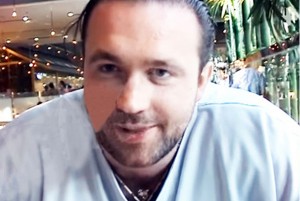 The gang of the killer and billionaire Konstantin Piskarev (Kostya Bolshoi) has been killing people with impunity for almost 25 years. She has more than 20 murders on her account. The elusiveness of its members was largely due to the fact that the leader of the group had high-ranking connections in the law enforcement block, in the special services, among officials. At the disposal of Rucriminal.info were the materials of the case against Kostya Bolshoy and his fighters, which we will publish in parts for a long time. Readers, as in the film "The Brigade", will see all the stages of Piskrev's formation: from an ordinary bandit in the 90s to a mafia leader-billionaire with huge connections. Testimony of witness G.N. Pirikhalava in the interrogation protocol of 08.23.2017, according to which in 1993 Pirtskhalava, being vice-president of Balchug CJSC, met K.Yu. Piskarev. and at the suggestion of Baburin, Arkady took him to his position as a guard. Piskarev accompanied Pirtskhalava during the working day and in the evening. At one time, Pirtskhalava drew attention to the fact that Piskarev looked very tired and did not get enough sleep, in connection with which he assumed that he was engaged in crime and offered to decide whether to work for him or leave. After this conversation, Piskarev was detained on suspicion of the execution of several people and was held in custody for about 3 years. Around 1996, Piskarev was released for lack of evidence of guilt. After his release, Piskarev often came to the office of Pirtskhalava and was present during his negotiations with partners. At that time, Bank Balchug was in a difficult situation and could not answer for its obligations. Pirikhalava had a receipt from the owner of the bank, Naishuller, in which it was stated that the latter assumed all responsibility for financial activities. When creditors turned to Pirtskhalava with demands to return the money, Piskarev showed them this receipt and explained that all responsibility rests with Naishuller. Since Piskarev has an unusually large physique and was associated with criminals, he managed to convince creditors that one should not put unnecessary pressure on Pirtskhalava. That is, Piskarev, not being an employee of the bank, helped Pirtskhalava to resolve issues with creditors. At the same time, during interrogation, Pirtskhalava explained that Piskarev did it in a comradely manner, and it was not a criminal patronage, a “cover”. Subsequently, in 1998, Pirtskhalava and Piskarev established Agrokonstant on the basis of the former Chapaevsky collective farm in the Zhukovsky district of the Bryansk region. Piskarev acquired the property of outbuildings, and Pirtskhalava acquired land plots. In this organization, Piskarev acted as a founder, and Pirtskhalava as a director and, thus, was a subordinate of Piskarev.In the future, Pirtskhalava, together with Piskarev, established a number of organizations, where they were founders and leaders. These organizations included the Shield and Sword restaurant, Aqualnd LLC, Kidov CJSC. From Piskarkva's entourage, Pirikhalav named Zamyatin, S.A. Bezrukov. Alexandrova, Lupicheva Saryana Yurova D.N. Yurova N.N., Zemtsova, Mishina, Pankina, Tomilina, Tkacheva.

Testimony of the accused Lupichev. After joining the group, Fedoseev began to give Lupichev various assignments: for example, to pick up money, transport any items, track taxi drivers and other persons. In the group, Lupichev first had the nickname Dima Little, and after 1999 Saryan gave him the nickname Dragon because of the tattoo on his shoulder. Around 1997, Piskarev joined the group and began to recruit his team. Piskarev lived on the territory of the Yacht Club "Burevestnik" in a trailer. Fedoseev and Piskarev were the leaders of the group, they communicated closely with each other. After the death of Fedoseyev in 2003, Piskarev began to enjoy the greatest authority in the group, whose instructions were followed by everyone without question. Piskarev did not like it when someone argued with him and severely punished such people, he did not forgive insults and humiliations. While Piskarev was in custody, Lupichev and other members of the group received money from Fedoseev. At the time of Lupichev's joining the group, Fedoseyev was already paid money by entrepreneurs who had stalls in the Petrovsko-Razumovsky market, near the Dmitrovskoye highway in Moscow, and the owners of cafes. Another important source of funding for the group was the "protection" of taxi drivers, that is, receiving part of the profit from them for ensuring their safety. For this purpose, at the direction of Fedoseev, Lupichev followed the routes of taxi drivers. In general, Fedoseev at that time exercised full leadership of the group, distributed funds between these participants. Money was paid to the members of the group on the 1st and 15th of the month. Participation in specific murders was paid separately. Also, the financing of the group was carried out at the expense of the Skyfood organization, the director of which was Georgy Nemovich Pirtskhalava. Zamyatin was a native of the Orekhovskaya criminal group, in connection with which he enjoyed respect from other members of the group, constantly discussed working issues with Piskarev, but he did it, as a rule, in private. According to Fedoseyev, Lupichev knew that Zamyatin was involved in a murder committed in 1994, in which Piskarev was accused, but unlike the latter, he was not prosecuted. Zamyatin first lived in the Tushino area of ​​Moscow, and then moved to the village. The leaders of the Mytishchi district of the Moscow region, where Zemtsov also lived. Zamyatin, like other members of the group, received two times a month, first from Fedoseyev, and then from SA Bezrukov. cash in an envelope. All the envelopes were signed, and Lupichev saw an envelope with the words "Zamyatin" on it. Before Fedoseyev's death, Lupichev received about 800-1000 US dollars a month, and after Fedoseyev's death, Piskarev instructed Saryan to issue the money. "