From the UK to the State Duma

A deputy's assistant with a British passport was detained. He turned out to be an international... 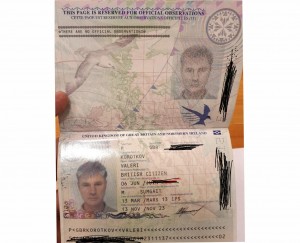 Russian-British citizenship and sugar business, 96th place in the top 100 richest Ukrainians and a fortune of $ 54 million, scandalous long-term construction and defrauded equity holders, cryptocurrency Gram and affected investors, freelance advisor to State Duma deputy Valery Rashkin and "ward" of a member of the Public Chamber RF Anatoly Kucherena - all this is about Valery Korotkov, detained on March 25. As a source told Rucriminal.info, at the moment, criminal case No. 11801460026001175, which was initiated back in 2018 under Part 4 of Art. 159 of the Criminal Code of the Russian Federation (Fraud committed by an organized group or on an especially large scale or resulting in the deprivation of a citizen's right to a dwelling). The case was opened on the fact of fraudulent embezzlement of funds of the shareholders of Karasino LLC. The amount of damage is about 30 million rubles.

Within the framework of this case, Valery Korotkov was detained (and this is only one episode of his many machinations in Russia). There is only one oddity - how was he, a man with dual citizenship (Russian and British), with serious connections with statesmen of Russia, Ukraine and Great Britain, put under house arrest? Are you so sure of his conscientiousness and the fact that he will not run away at the first opportunity that comes along? At the same time, another person involved in this case, a relative of Korotkov, Russian citizen Alexei Evstratov, was taken into custody.

In total, 30 million rubles of Russian citizens were stolen for 5 apartments, as well as 62 apartments belonging to the Russian Federation represented by the Federal Property Management Agency for the Moscow Region, which lost real estate in the Odintsovo village of VNIISSOK. The deception consisted in the double sale of these objects by Zhilishchny Capital Group of Companies (now AleutStroy JSC) - the apartments were relied on to the Federal Property Management Agency for the plot allocated for construction.

The money received for the apartments on fictitious grounds was withdrawn to the accounts of firms controlled by Valery Korotkov: Karasino LLC, using citizens' funds, acquired from Aluxes Holding Limited, owned by Korotkov, and Evstratov as the nominal director, promissory notes in the amount of 29,063,550.00 rub.

In the period from 03.11.2009 to 02.03.2017, the founder of Agrostroyservice LLC (100%) was, guess who? Quite right: the same Valery Mikhailovich Korotkov, and Alexey Evstratov has held the position of general director in OOO MasterStroy since November 2009 (which is again quite obvious).

It is also interesting that, according to the Kommersant newspaper, Korotkov has been the owner of Zhilishchny Capital Group since 2015. He owns 40%, for which he transferred his land assets in Russia to the company's balance sheet and invested $ 25 million in the development of the company. In 2015, litigation began to declare the developer bankrupt. In 2016, the court established signs of premeditated bankruptcy. In the fall of 2018, one of the owners of the company, Igor Chekalin, was sentenced to six years in prison for large-scale fraud. In the spring of 2019, another owner was brought in under a similar article - Vadim Zhuk, who was put on the international wanted list. According to available information, he is now hiding in Israel.

Korotkov managed to "inherit" in Great Britain. There, in the High Court of London, a group of investors who invested in the Gram cryptocurrency, which was planned to be issued by the Telegram messenger, filed a lawsuit against him. According to the victims, Korotkov with his Cypriot company Aluxes Holding Limited acted as an intermediary in a deal between Telegram Group Inc and investors intending to purchase tokens for $ 15 million. For his "services" Korotkov received $ 1.5 million in cash. It is worth noting that all the money was transferred through his accomplices - Alexei Evstratov, Elena Kliger and the current lawyer Nikolai Stepanov. However, after receiving the funds, Korotkov disappeared, refusing to fulfill the agreements reached with the investors. They estimated their damage at $ 159 million (initial investment and projected cost of Gram after the launch of the cryptocurrency). In May 2020, Durov announced the termination of work on the TON blockchain platform, as the American court equated the Gram cryptocurrency with securities. Moreover, during the search, Korotkov was found to have a certificate proving that he was a freelance adviser to a deputy of the State of the Duma of Valery Rashkin.

According to available information, Valery Korotkov was in charge of Rosneftzapad (1992-1996). During this period, he already had problems with the law, as a result of which he was forced to hide in the UK for several years.

In 2007, Korotkov became the head of Itera-Invest-Stroy (later Itera Development Group), the development arm of the Itera Group of Russian billionaire Igor Makarov, and became the first vice president of the group. In 2009, there was a corporate conflict, Korotkov lost his post and was accused of financial fraud.

According to available information, the amount of funds stolen by Korotkov from Makarov is $ 150 million.

Also, Korotkov with his business partner Viktor Ivanchik, through the companies in which Valery Mikhailovich is the founder or the ultimate beneficiary (LLC FIRM ASTARTA-KIEV, PJSC Zhdanivske, PJSC Kanyon, other affiliated structures), financed the Bandit formation Right Sector "and the Transcarpathian All-Ukrainian Association" Svoboda "(a radical nationalist political party). These companies also interact with the Ukrainian confectionery corporation Roshen, which belongs to the former president of Ukraine, Petro Poroshenko. From here Korotkov knows the former leader of the Right Sector, the head of the Ukrainian right-wing radical nationalist organization Trident, Dmitry Yarosh, through whom Valery Mikhailovich Korotkov resolved issues on the construction of a business center in the center of Kiev.

How will this story develop further, whether Korotkov gets off with a slight fright, or does he finally answer for all his machinations - we follow the development of events.