Banking mafia is losing its "roof" 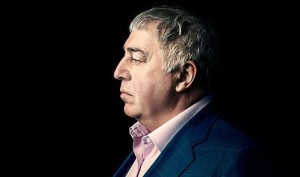 The head of one of departments of division of FSB Colonel Kirill Cherkalin detained on suspicion of receiving bribes in especially large size. Together with Cherkalin two former employees of the same division — Dmitry Frolov and Andrey Vasilyev who were earlier dismissed "from military service on compromising circumstances"are detained. They podozrevayut taking bribes in especially large sizes. In fact, under the custody of sent "roof" dozens of banks. And Dmitry Frolov, who at one time took the position of Deputy head Of the FSB of the Russian Federation and did become a real legend in this field. About Frolov can tell dozens of stories. Rucriminal.info while I will focus on two of them. Parity associated with a subordinate and close friend Frolov Alexey Artamonov, who fled to the United States and began cooperating with the FBI. The second relates to the main ljubicica Frolov in the banking sector - the shadow of the banker Alexey Kulikov.

The name of Alexei Artamonov became virtually world famous in the summer of 2015, when he gave a detailed interview with The Guardian, in which he told about his adventures and cooperation with the FBI. However, as the materials caught in rasporyajenii Rucriminal.info history transmitted by the defector Western journalists, far from the truth.

As follows from the archive of the security forces, in the mid-2000s, Alexei Artamonov was seconded by his head — Deputy head of the Department "K" FSB Dmitry Frolov, the Bank "Credit-Impex". There he took the post of chief of security. Then this Bank was one of the main Russian platforms where it was possible to "cash out" money and through which they could be transported to the West. "Credit-Impeks" controlled by a three - man Dmitry Rolling, George Shkurko and Aleksey Kulikov. The curator of the cash-laundering site from the security forces was Dmitry Frolov, a long-time and close friend of Alexei Kulikov.

Alexey Artamonov, first was a normal performer, and very well paid. He participated directly in the legalization of funds and in personal projects Kulikov. The last by the kind of activity perfectly knew about shadow income of the "clients", at whom, where and that is hidden. As a result, Kulikov chose those who are "weaker" (not has high-level connections) and "fatter" (owns large assets), and Artamonova organized them hitting the security forces. Clients shared problems with Kulikov, and he offered to solve them with the help of their connections. That is, with the same Frolov. The cost of liberation from the problems created by Kulikov and Artamonov himself was millions of dollars or real estate, banks, enterprises.

Then Artamonov modest role in this business for hundreds of millions of dollars seemed small. And he started what's called "weirdness." By information Rucriminal.info, Kataya, Shkurko and Kulikov decided to seize the Bank "Zheleznovodsk" under the same scheme. They wanted to create troubles to owners of Bank with security officers, and then, under the pretext of their permission, "to wring out" Zheleznovodsk". However, Artamonov declared himself as an independent player, and asked for hitting the security forces $ 2 million. The owners of "Credit-Impex" complained to the curator Frolov, who, as it turned out, was not aware of such initiatives Artamonov. So over Artamonova began "to thicken the clouds".

However, at this moment owners of "Credit-Impeks" faced problems with security officers. They were developed by employees of the interior Ministry, which representatives of the FSB could not influence. Artamonov returned to the former role of an ordinary contractor and began to prepare for the owners of the Bank false statements on operatives and investigators of the interior Ministry, who signed the skin and went to different instances. But, soon Artamonov decided to earn and on this situation. It is known that the representatives of the Bank collected 1.5 million. Euro to solve problems with the interior Ministry, but that developed "Credit-Impex" Opera and investigators did not take bribes. The money "prihapal" Artamonov, and instead tried to put pressure on the police. Here is a report to the leadership on how Artamonov asks for a meeting.

Operative and detective Bureau No. 10 of the MIA of Russia

The citizen persistently asked for a meeting justifying it with valuable information which he can provide. During the telephone conversation they mentioned the name Kulikov (adviser to the Chairman of CB "Credit Impex Bank" , etc.).)

Due to the fact that it is possible providing may them any valuable information, and given his strong interest in the meeting he was asked to arrive 09.03.2007 g. at 10 a.m. at the address: Moscow, ul. Zhitnaya, d. 16.

At the meeting Artamonov confidentially said that the Bank allocated 1.5 million euros for the operas, but they really did not take them (Artamonov did it himself). However, he began to press that Kulikov the person necessary for the country, he goes on elections from party "Fair Russia" and any attempts to prevent it, are fraught with serious troubles for the staff of the Ministry of internal Affairs. Besides the story of 1.5 million euros can be rotated so that the police supposedly they really got. Therefore Artamonov insisted to "lag behind" from "Credit Impeks" and Kulikov.

But was sent far away. As a result, he was unable to solve the problem of "Credit-Impex", despite the fact that "ate" 1.5 million euros. Then he remembered the story of "Zheleznovodsk". Artamonova ganged up on and former colleagues in Management "To" FSB of the Russian Federation and the owners of the Bank.

As a result, he chose to flee the country.  At first, Artamonov and his wife went to the Dominican Republic, where they asked to meet with the FBI and agreed to become informants of the Bureau.  The couple was taken to the United States, where Artamonov changed his name several times. He was Andrew Bogden, Janos Newman. Artamonov worked under a contract with the FBI, according to which he had to transmit information obtained at his former place of work. However, no real secrets he never knew. Artamonov - the person, by chance, appeared in FSB and on service was engaged in that helped various "cashing in". This was soon realized by the FBI, which in 2013 terminated the contract with Artamonov. He was also asked to leave the United States.

As for Dmitry Frolov, still being the Deputy head of Management To FSB of the Russian Federation, he met in rigid fight with the head of NRB Alexander Lebedev. The latter at some point was even forced to leave the country. But he turned the tide. The fact that Frolov's family owns a Villa in Italy, which he did not specify in the Declaration, surfaced. As a result, he was dismissed from military service in 2013 due to loss of confidence.

However, Frolov maintained good relations with the head of the Department To the FSB Viktor Voronin and he continued to assist banks. In 2016, Voronin also left the post. And then the charges Frolov everything started to fall apart.

In particular, he was arrested Alexey Kulikov, who was accused of embezzling funds "Promsberbank". Later, the Chairman of the Board of Promsberbank Boris Fomin was detained, followed by the largest shadow banker Ivan myazin. Boris Fomin made a deal with the investigation and told the investigators a lot of interesting things.

According to Boris Fomin, initially there was a single large group of shadow bankers, among which are Yevgeny Dvoskin, Ivan myazin, Igor Sitnikov (his mother Galina once headed the 2 branch of the MSTU of the Central Bank of Russia), Alexei Kulikov and Andrei Rozov. . Then participants of this group were divided, in particular Dvoskin and Rozov were fond of various Crimean projects. However, completely from Myazina and Co. they are not separated. As for Ivan and Sitnikov, they then stood at the origins of the "Landromat"- the largest in the history of the CIS channel for money laundering, recorded by law enforcement agencies of Moldova, Russia and the Baltic States. However, journalists nicknamed him "Landromat". Mazen and his partners have named this channel the Meat. Supposedly, this reduction from myazin and Sitnikov. The services of this channel, through which a total of more than $ 22 billion was withdrawn from Russia, were used by several structures. Chief among them, according rucriminal.info Fomin calls the Bank. Moreover, he withdrew from the Russian Federation not so much the money of third-party customers as the funds of its owners, primarily Gutseriev.

By information Rucriminal.info. one of the witnesses tells interesting details. Myazin always carried a leather folder with him, in which there were 10 mobile phones in special cells - each tube for communication with an individual client. As Ivan got that one wrong and one of the tubes gave the information was not intended for the subscriber, and for the other client. After that, he attached to each cell stickers with the designation of the client, to communicate with whom this phone is intended. Constantly popped tube, marked as the Bin. According to the witness, among other things on transit operations for owners of Binbank myazin communicated with a certain Zhukov.

Fomin, who was a man close to Myazin, expressed his willingness to lay out everything he knew about the cooperation of Ivan and the owners of the Bank, as well as how Gutseriev and Shishkhanov "pumped" billions of dollars from the country. So far, his testimony has not been given, but the situation may change after the arrest of Dmitry Frolov.

Landromat operated for four years and allowed shady dealers using the same scheme to launder money on a huge scale that even exceeds the GDP of many countries of the world . Dozens of Russian banks, as well as banks in Moldova and Latvia; Moldovan judges and bailiffs; poor nominee Directors from Ukrainian villages; and the same nominee managers from the Caribbean Islands participated in this scheme. These operations were carried out on the territory of several countries, but the only victim can be considered Russia, since the money withdrawn to the shadow financial sector had exactly Russian origin, and taxes were not paid from them, and it is believed that most of them are unlikely to ever return back. In total, over several years, through the "Laundromat service to our" from Russia had withdrawn about $ 22 billion.