Absolute" will pay for the pollution of "Friendship"?

After checking the CBR Bank may lose its license 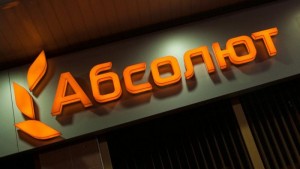 Correspondents rucriminal.info talked to a source in the Central Bank of the Russian Federation, who called a number of banks, whose elimination from the number of license holders is extremely high. Previously, the words of this source came true 100 %. We will announce these banks in several articles, as well as the reasons for their problems, named by the interlocutor. Let's start with the absolute Bank.

According to the source Rucriminal.info, now the CBR finishes checking in the Bank "absolute", but its results are already known. The Bank will receive an order to charge additional reserves for a very, very large amount. Considering that on "absolute" almost two years unsuccessfully look for buyers, it is doubtful that the instruction will be executed. "So, of course, will be followed by the second injunction. And then all-the question will be submitted to the KBN (Bank control Committee - Rucriminal.info). And sanation will not. Revocation of the license," the source believes. Unless, of course, the owners of the Bank will not find a bunch of billions of rubles to remedy the situation.

Bank "absolute" to the bottom pull a lot of factors. First, companies that have received billion-dollar loans, which will not return back. For example, Antipinsky oil refinery. But this is a wide field for law enforcement. Secondly, -BALTINVESTBANK, taken by "absolute" for rehabilitation at the end of 2015. The Bank did not cope with the assigned mission.

Third, the questionable relationship with the Bank "Krylovsky" (license revoked), in connection with the activities of which are many investigations.

In December 2018, the owners decided to capitalize on the "absolute" for 6 billion rubles, but experts came to the unequivocal conclusion that this amount is not enough to make the Bank at least feel comfortable.

The audit of the Central Bank of the Russian Federation confirmed that the situation of the Bank sad. In the "Absolute" to another test and failed at least for now, to criminal cases, nachat to create the appearance of competition for funds, "uplyvshih" in the form of loans. At the end of may, the Bank filed a claim for 3.1 billion rubles to progress JSC - the daughter of Antipinsky oil refinery.

But the "finishing" "absolute" factor is the Bank's connection with the scandalous story about the pollution of the Druzhba oil pipeline.

According to investigators, oil pollution with organochlorine compounds occurred at a private oil drain node in the Samara region as a result of an attempt to hide the theft of oil. One of the accused in this case are novel and the novel Troshev Ruzicka. The drain node initially belonged to structures Trusheva, then moved the firm "Neftepervalki". Its legal owner was Svetlana Balaba, and the actual novel Ruzicka. The last was until July 2018 CEO "Smartasset-terminal", while all companies involved in the ill-fated host, in 2018, not handed over management of Absolut Bank (owned by NPF "Blagosostoyanie").

In December 2018, the Trushev group of companies "PetroNeft" was sold to three legal entities affiliated with Absolut Bank. However, the actual change of ownership occurred in June 2018. Then, the main Absolut Bank has changed the rule in "PetroNeft" and subsidiaries, including "Smartasset-terminal".

Officially only in January 2019 it was announced that the group of companies "PetroNeft" changed owners. Now 33% of the group belongs to the companies "reed" Sergei Suslov, "special Resource Service" Alexander Soloviev and "Damatria" Andrei Ryabkov. At the same time, the shares of all three new shareholders are pledged to Absolut Bank (owns the remaining 1% of the company) and Transfingroup (the structure of BLAGOSOSTOYANIE NPF).