How an unsolved murder became a source of income Recently, in every law enforcement state structure, one can meet “quasi-professionals”. This "attack" did not pass by the Investigative Department of the Investigative Committee of Russia in the Stavropol Territory. Since July 2019, A.S. Demin has been appointed deputy head of the said investigation department, who has not worked as an investigator for a single day during the entire period of his "professional" career. The appointment to such a responsible position was carried out despite direct prohibitions - in the direct subordination of A.S. Demin. turned out to be his own nephew, who is still holding the position of head of one of the territorial investigation departments, while the father of the latter (the uncle of our hero) is at the same time the chairman of one of the city courts of the region. This is the "family trio" that is responsible for law enforcement in the Stavropol Territory. 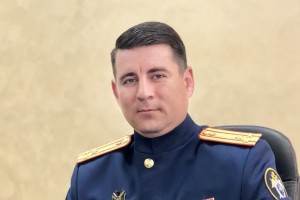 But “our hero” especially shows himself, but his track record, to which for some reason everyone turns a blind eye, has a persistent train of scandals, intrigues and corruption. Details are in the Rucriminal.info investigation.

Chapter 1. "The beginning of a stormy activity"

In the apparatus of the Investigative Directorate but the Stavropol Territory, a criminal case was investigated, initiated at the insistence of A.S. Demin. in 2015 in relation to experts of NP "Independent Expert and Consulting Service" under Art. 307 of the Criminal Code of the Russian Federation. The initiation of the case was biased by one of the founders of ZhKK "Vostok" Romas E.G., who wished to cancel the decisions of the arbitration courts in which the ZhSK lost and the claims of the opponents - the construction company PMK "Russkaya", were satisfied, while the initiated case could be used as " newly discovered circumstances "for the revision of court decisions. The proceedings were related to the construction of a residential building at the address: Stavropol, st. Mira, 285.

The criminal case was repeatedly terminated, but at the insistence of A.S. Demin. the investigation was also reopened on several occasions.

Such zeal of Demin A.S. was not gratuitous, because in the same period of time in one of the commercial premises of the house at the address: Stavropol, st. Mira, 285, wife of Demin A.S. - Demina K. opened a children's dental clinic "Tooth Fairy". The premises were rented out to the Demins couple by Mr. EG Romas. at a price of 5,000 rubles per month for the entire premises with an area of​​more than 200 square meters, that is, at a price of 25 rubles per square meter, which is significantly lower than the market, more than 20 times.

This fact at one time became known in the central office of the Investigative Committee of Russia, but the patrons of Demin A.S. from the personnel department, they did not find any irregularities in the actions of the latter, apparently they did not look for it.

Demin A.S. organized the transfer of the criminal case to the police in order to “cover up” the traces of his open lobbying for the interests of Romas E.G.

In 2015, in the city of Stavropol, a major businessman, the former head of Rosneft-Stavropolye, A.V. Chernukhin was murdered.

As a source told Rucriminal.info, Demin A.S., who was replacing the post of head of the department of his own security at that time, showed genuine interest in the results of the investigation of the criminal case. From the first days he took part in all meetings and persistently recommended to detain and arrest the companion of A.V. Chernukhin. - Suvorov Roman (currently a defendant in a criminal case being investigated in the First Investigation Department of the Main Investigative Directorate of the Investigative Committee of the Investigative Committee of Russia on the fact of tax evasion in the amount of more than 200 million rubles). Demin A.S. convinced the former head of the investigation department, after which, on the instructions of the latter, Suvorov R.A. was detained and arrested. The zeal of Demin A.S. in the "disclosure" of the crime is understandable. During this period, he was building his mansion in the city of Stavropol (an area of ​​more than 500 square meters) and shortly before the murder he borrowed from A.V. Chernukhin. a significant amount of money - 15 million rubles (which, by the way, has not been given to the relatives of the murdered person until now). Demin A.S.'s close friend was a witness to the transfer of funds. - Suvorov Roman, whom Demin L.S. originally wanted to eliminate as an unwanted witness. Moreover, Roman Suvorov and persons from his entourage, including lawyer A.R. Agasiev, immediately after the murder from A.V. Chernukhin's office. all the safes in which they were located were taken out, including the receipt of receipt of funds by A.S. Demin, as well as other valuables.

During the investigation of the case in 2015, the involvement of Suvorov R.A. the murder was not established, it was decided to release him from custody. Demin A.S. became aware of this. and he did not miss the opportunity to take advantage of the situation, having received from his "friend" for his release from custody a good "gratitude" with a large number of zeros.

Currently a criminal case against the perpetrators of Chery's murder A. V. uhina - The father and son smear has been completed, "with a scratch" is being considered in court. The criminal case, allocated against the customers, was transferred after numerous complaints from the wife of the murdered man to the central office of the Investigative Committee of Russia. When the case was transferred to Moscow Demin A.S. I was very worried and made a lot of efforts to keep it undisclosed.

After that Demin A.S. with genuine interest he continues to lobby the interests of his “friend” RA Suvorov, especially since they have joint “secrets”.

Chapter 3. "An old friend is better than two new ones"

In 2019, the Investigation Department from the Office of the Tax Service for the Stavropol Territory received materials regarding one of the firms of the old "friend" Demin A.S. Suvorova R.A. - LLC "Cheeseberry" on the fact of non-payment of taxes in the amount of more than 50 million rubles. After the receipt of materials Demin A.S. gave instructions to subordinate employees to “obscure” the materials, not to take a decision to initiate a criminal case. Inspection materials were repeatedly unreasonably transferred from authority to authority, up to the expiration of the statute of limitations for committed tax crimes, after which he made a decision to refuse to initiate a criminal case due to the expiration of the statute of limitations. The damage caused to the state has not been reimbursed to date, although Cheeseberry LLC continues its activities in the production of sweets on an industrial scale.