Billionaires prefer to do business with 25-year-old beauties In 2010, the company "Doctor sport" was born, the founders of which were the KHL (patrimony Rotenberg and Gennady Timchenko, Roman Rotenberg - Deputy of the KHL) and SMP Bank (owned by Arkady and Boris Rotenberg). The Bank has allocated to Finance the new project budget to $20 million, the Project was developed and implemented by Roman Rotenberg, worked as "Doctor sport" under the brand Vitawin. "We helped him with money, — Arkady Rotenberg confirmed in an interview with Forbes. — Because in this market are happening all sorts of ugliness.

Under the leadership of Roman Rotenberg, by 2018, 3 out of 50 Vitawin stores remained, doctor of sports ' debts exceeded 1.5 billion rubles, more than ten claims for payment of large sums, including from the pension Fund, were filed to the structure of the SMP Bank. Another collapse of Rotenberg's Novel. Then "Doctor sport" is waiting for bankruptcy. And then, suddenly, it turns out that the "Doctor of sports" has a buyer who is interested in the project completely ruined Novel

Since September 24, 2018, the new owner and CEO of "Doctor Sport" in the USRLE specified Yana Ivantsova. The SMP-Bank did not disclose the details of the transaction, but said that its conditions and the buyer were market, the Bank withdrew from the project with a profit. Yana Ivantsova told reporters that she sees her immediate goal as "a comprehensive financial recovery of the company, which will allow it to pay off all creditors, as well as bring the company to a new level."

When asked whether it is the nominal owner and represents the interests of someone from the previous owners — "SMP Bank" or Roman Rotenberg, Ivantsova said that it does not represent the interests of any of them.

It would seem that the reputation Of Roman Rotenberg saved. Rucriminal.info began to collect information about Jan Ivantsova and part of the information we gave in the first publication. In the new article we will tell about new details of Yana's biography.

In his native Saratov Jan in 2013-2014 became a model. She also picked up girls for a local fifth Avenue Agency. 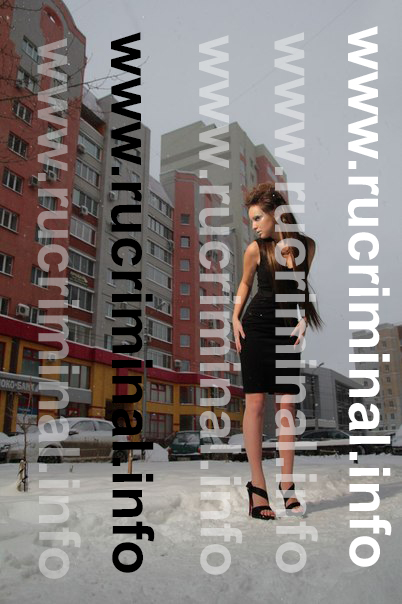 Then Ivantsova moved to Moscow, where she also worked as a model and became a constant participant of parties in the most expensive clubs and institutions. By the way, Roman Rotenberg is also known as a fan of such clubs, in which he mostly met his wives and girlfriends. His first wife was the model Martha Berzkalna. But the marriage was short-lived. Martha, unable to withstand the constant changes of her husband, left Roman, being on the fifth month of pregnancy. Almost immediately Roman found solace in the arms of another model - Galina Keda. Since 2012, young people live together in a civil marriage. In 2013, the beauty gave Roman a daughter Arina, and in 2015 her son Roman. However, Rotenberg has another son Robert, who in the same remarkable 2015 year gave birth to another model – Margarita Banet. Both wives on the occasion of the appearance of the offspring of Roman sent the same gifts with monograms PP and bundles of blue balloons. Secular journalists note that all the girls and wives of Roman Rotenberg are very similar to each other, have one type. Under this type is completely covered and Yana Ivantsova. At some period of his life, the welfare of Yana's clearly changed a lot. This can be seen in her clothes, the interiors of the visited places. Moreover, she had a serious job. The girl became the Manager of the arena Management company controlled by SMP-Bank. And on one of the recent photos you can see Ivantsova with the baby. Interestingly, in the case of the appearance of the baby Ian also received a gift with monograms and blue balls?