Rucriminal.info prevented to return to rashititel billion in Russia 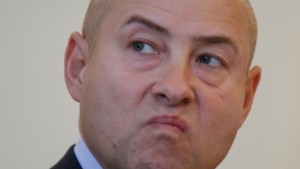 There was something about what he wrote Rucriminal.info the Prosecutor General's office cancelled frankly "left" Postanovlenie Investigative Department of the MIA of the Russian Federation about the termination of criminal proceedings against Anton Zingarevich, the former shareholder of English football club "reading" and the owner which existed prior to 2017, the group of companies "energostroyinvest-holding" (the écija). Anton is the son and nephew of twins, owners of LLC "Plaza Lotus group" Boris and Mikhail Zingarevich. On 30 January, we wrote that Anton back to Russia, he is in no hurry. The decision to close the case to cancel the Ministry of internal Affairs of the Russian Federation or the Prosecutor General. What would be the best option for the Russian law enforcement system to save face. And Here, the General Prosecutor's office quashed as unfounded and unlawful decision of the investigative Department (SD) Ministry of internal Affairs about the termination of criminal case concerning the owner of group of companies "energostroyinvest-holding" (the écija) of Anton Zingarevich, the son of the owner of the group Ilim, Boris Zingarevich. Supervisory Agency canceled a similar order in respect of a former Director General of the écija Konstantin Shishkin. Both defendants were accused of stealing 2.5 billion rubles received by the company in the Bank "Globex" and MTS Bank, which were not returned. Rucrininal.info continues to publish the materials of the investigation. OF them all, and ultimately to graduate from law school. Place Anton, Singareni not in London, and in jail.

"In addition, according to the charges, the specific criminal activities of an organized group under the leadership of Singerna And yew, which included Shishkin K. A., on the second crime, provided part 4 of article 159-1 of the criminal code, resulted in the following: set the result of the person not later than 12.12.2013, from selfish motives, together with Shishkin K. A. and unidentified partners, acting in accordance with the plan, decided to steal the funds of OJSC "MTS Bank" located to the address: Moscow, Sadovnicheskaya, d. 75, subsequently reorganized Into the public joint stock company "MTS-Bank "(MTS-Bank PJSC), by providing to the named Bank deliberately false information about the purposes of lending to LLC "IC Energo", sources of repayment of credit obligations and hiding the true intentions of using borrowed funds not for the purpose of lending, but at its discretion - to provide a cash loan to a foreign company, blaine overseas venture Corp, controlled by a person established by the investigation."("BLAINE OVERSEAS VENTURE CORP."), registered in the territory of The British virgin Islands, and is the sole shareholder of the company "Matias Co limited" ("Matias Co Limited"), the acquisition of a bill of foreign company" Econoline resources limited "("ENONOLINE RESOURCES LIMITED"), as well as partial repayment of credit obligations controlled by it LLC "EC Energy" to the branch of JSC "Bank of St. Petersburg" in the city of Moscow under the credit agreement № 7700-11-00049 on 30.09.2011 year, not intending in the future to return to OJSC "MTS Bank" the funds.

In order to implement the criminal plan, A. B. Zingarevich, no later than 12.12.2013, acting intentionally according to the distribution of roles and implementing a criminal plan of embezzlement of funds of MTS-Bank OJSC, through K. A. Shishkin, instructed unidentified persons to prepare financial and economic documents of LLC "IC Energo", indicating the favorable financial condition of the organization, necessary for the Bank's employees to make a decision on the opening of the credit line of LLC "IC Energo".

Unidentified persons, no later than 12.12.2013, prepared financial and economic documents of LLC "IC Energo", with which A. B. Zingarevich appealed to JSC" MTS-Bank "to consider the possibility of opening a credit line of LLC" IC Energo " to replenish the working capital of this company, knowing about the true purpose of obtaining a loan, not related to the replenishment of working capital of the company and having no intention to repay credit obligations to the Bank.

On 12/12/2013 the year, the members of the credit Committee of JSC "MTS-Bank", uninformed about the criminal intentions of the partners about the true purpose of lending, OOO "IC Energo", JSC "MTS-Bank", on the basis of documents agreed to open a credit line to LLC "IC Energy" disbursement limit of 1 billion rubles to replenish working capital of the company", - stated in the materials, which are at the disposal Rucriminal.imfo

"Then, under the guidance of Anton Zingarevich person, Shishkin K. A., using his position of General Director of JSC "the écija" and the sole Executive body of LLC "IC Energy", according to the allotted role of a criminal, tasked unidentified consequence partners to produce: guarantee agreements on behalf of JSC "the écija", SSK, OOO, OOO "Energo PTS" and "NICK"; application for a loan to OJSC "MTS Bank" under the credit line in the amount of 1 billion rubles, which is unidentified partners have produced, not later than 27.12.2013 year and handed over for signature Shishkin K. A.

27.12.2013 years Shishkin K. A. the documents were signed and later provided to the Bank credit agreement No. 3229-1/13-in the amount of 1 billion roubles, term of repayment of the loan 01.04.2015 year and purpose of loan – financing of activities under the Charter of the borrower (working capital) and the application for a loan to OJSC "MTS Bank" under the credit line in the amount of 1 billion rubles.

Further, 28.12.2013 year, implementing the planned criminal enterprise, members of an organized criminal group, are not intending to fulfill the obligations under the contract on opening a line of credit, organized a further transfer of the stolen money controlled by accomplices of the organization of SSK, OOO, OOO "SSI", LLC "IC Energy" for the provision of monetary loan to a foreign company, "blaine overseas venture Building."("BLAINE OVERSEAS VENTURE CORP."), the purchase of promissory notes of foreign companies "the Econoline resors limited" ("ENONOLINE RESOURCES LIMITED»), as well as for partial repayment of credit obligations of OOO "IC Energy", the branch of OJSC "Bank Saint Petersburg" in Moscow under the credit agreement № 7700-11-00049 on 30.09.2011, thereby, ordered the stolen money resources at own discretion.

As a result of illegal actions specify Shingareva A. B., Shishkin K. A. and their unidentified accomplices PJSC "MTS Bank" has suffered damages in the amount of 1 billion roubles that is especially large size.

Action Shishkin K. A. the bodies of preliminary investigation and court verdict under each of the offences were classified under part 4 of article 159-1 of the criminal code, which provides responsibility in the Commission of misappropriation of funds by the borrower to the Bank by submitting false and inaccurate information.