A thief in law cannot be considered a law-abiding citizen " 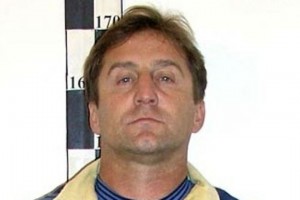 "Thief in law" Vladimir Tyurin (Tyurik) filed a lawsuit that the phrase "thief in law" denigrates his honor, dignity and business reputation, reports the telegram channel VChK-OGPU. And at the same time Tyurin decided to fight with his former Maria Maksakova according to the "ass" scheme invented back in the 2000s, when without noise and dust, creating a quasi-form of prejudice with formal observance of the requirements of the law, you can open a hanging or initiate a custom case. The scheme assumes the use of a fully controlled person who is recognized in the right place, in the right act. In Tyurin's case, such, most likely, will be the full recognition by the "asshole" of the claim, the co-defendant of which is Maria Maksakova. It is not a secret for anyone that the singer six months ago filed an application to the Minister of Internal Affairs Vladimir Kolokoltsev to prosecute Tyurin for occupying a high position in the criminal hierarchy under Article 210.1 of the Criminal Code of the Russian Federation. In parallel, Maksakova visited several talk shows and willingly shared with the press the details of her claims against Tyurin. Vladimir Anatolyevich, quite predictably, denied the status of a thief in law. Then the situation gradually froze and silence fell in the information field. However, the other day Maria Maksakova was invited to the Zamoskvoretsky court. It turned out that in early June Tyurin filed a lawsuit against a certain OOO SOVETNIK, which created the YouTube channel Adviser Gossip, where Maksakova's Instagram stream was posted, accompanied by Tyurin's denunciation. The number of channel subscribers is 5 people. Number of videos 1. The VChK-OGPU does not want to say anything for the subtlety of this scheme, but the lime tree is as obvious as it is frankly primitive - the channel description states: "The rights to all videos from our channel belong to SOVETNIK LLC (TIN 9728017567). Ours. address: Moscow, Pyatnitskaya st., 74, p. 2 ". Sounds like a deliberate invitation to visit, but no. Everything is much simpler. The valid legal address of this office in the South-West Administrative District, which means this is definitely not the territory of the Zamoskvoretsky Court. But Pyatnitskaya Street is located on the territory of this court. And the federal judge Musimovich Marina Viktorovna, who began her career in the Ust-Ilimsk court of the Irkutsk region, 200 kilometers from Tyurin's patrimony, the city of Bratsk, works in it. Therefore, it is possible, with a high degree of probability, to assume that the defendant to the person of LLC "SOVETNIK" will simply come to court and admit the claim, or will not come, or will not particularly resist. The main task is to drag Maksakova into the case, on whom it will be possible to assign the duty to fulfill the court decision Tyurin needs. Vladimir Anatolyevich's lawyers are five for the idea. For the performance of a deuce. Could have so obviously not fired with the stretching of jurisdiction for the sake of the right judge. Well, the cherry on the cake - an excerpt from paragraph 3.3. the claim: "Thus, information has been disseminated that the plaintiff is (was) a" thief in law. "The use of this phrase is discrediting the honor, dignity and business reputation of VA Tyurin."

Rucriminal.info publishes the most interesting excerpts from the thief in law suit.

The use of this phrase is discrediting the honor, dignity and business reputation of V.A. Tyurin, since in fact it is a statement that V.A. involved in the criminal community, has the intention to lead it. According to the "Encyclopedia of the Ministry of Internal Affairs of Russia", ed. V.F. Nekrasov, "Criminalistic Encyclopedia" R.S. Belkin and "Dictionary of criminal jargon" Grachev M., Gurov A. the phrase "thief in law" has the meaning of "the most authoritative criminal who received this title at a thieves' meeting." Based on the context of the fragment under study, as well as the meanings contained in the dictionaries, the phrase "thief in law" means "a criminal leader who received his title at a thieves' meeting as a result of special. procedures - "baptism", "coronation" ". The given context of the fragment under study excludes other dictionary meanings of these words. At the same time, the use of this phrase in relation to a specific person is not a value judgment or commentary, but is a specific statement. The phrase does not fall under the category of value judgments, as it can be confirmed or refuted, which indicates the presence of factual meaning. A thief in law cannot be regarded as a law-abiding citizen of the Russian Federation, a reliable partner, colleague, etc. The use of this expression certainly causes a negative reaction in relation to the person in relation to whom it is used. The defamatory nature of this information for honor, dignity and business reputation is obvious. This information contains allegations of violation by the plaintiff of the current legislation, the commission of a dishonest act, and therefore, obviously, the plaintiff belittles his honor and dignity.

3.3. In this video You know, in particular, the following information is spread: “But just, here you are telling me about giving ... donations, you know, if Tyurin had paid me off on the main object that he stole from me, on my father’s office, gorgeous, huge, I I wrote posts about it there. " tried to steal all these years ”Thus, information is spread about the Plaintiff committing theft, about the fact of the person committing a crime or other offense that infringes on property rights or having as an object the normal order of relations in the economic sphere. Thus, in the absence of a court verdict that has entered into legal force or a corresponding ruling of a court (magistrate) or a competent official, the judgments expressed by the defendant, of course, cannot be recognized as true.

3.4. In this video, in particular, the following information was disseminated: “But I want to tell you that the same fate will befall you. As he is his whole gang, which is seated for long periods in different prisons and zones and camps there "" But this is all in exchange for the fact that they are in the hope that they will not testify against him. " The plaintiff in the gang, the presence of some information indicating his illegal activities. In accordance with Article 209 of the Criminal Code of the Russian Federation, a gang should be understood as an organized stable armed group of two or more persons who have united in advance to carry out attacks on citizens or organizations. Membership in a gang is a felony. Thus, in the absence of a court verdict that has entered into legal force or a corresponding resolution (magistrate) or a court of an official, the judgments made by the defendant, of course, cannot be recognized as competent.

3.5. In this video, in particular, the following information was disseminated: “For me, for me personally, that he, that Panaitov, that these are Malsagovs. This is one category for me. I don’t think he is one of the scammers who are trying to rob me. ”The“ swindler ”statement indicates the fact that a person has committed a crime or other offense that infringes on property rights or has a normal order of economic relations as an object. Thus, in the absence of a court verdict that has entered into legal force or a corresponding ruling of a court (magistrate) or a competent official, the judgments expressed by the defendant, of course, cannot be recognized as true.

3.6. In this video, in particular, the following information was disseminated: “Well, I told a hundred times, of course, he started to raise, that was the problem, I ran away from him for the reason that he just began to cripple me. There have already been broken ribs, a dislocated jaw and anything else. ” on the fact that a person has committed a crime (Chapter 16 of the Criminal Code of the Russian Federation) or another offense. "