"Law Yarovoy" will execute the company of a wanted pedophile 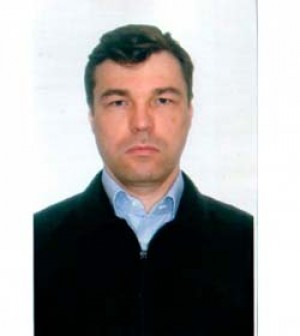 The other day, Russian communication operators have confirmed their desire in a pilot mode to test the systems necessary to implement the "law of Yarovoi", which should come into force on July 1 of this year. Participants of the communication market already now would like to get an idea of how difficult and costly will be its implementation. Fears of the executors of the "law of Yarovoi" are easy to understand - the total cost of its implementation is approximately 5 trillion rubles. It is clear that telecom companies will have to cover their costs primarily at the expense of consumers.
Communication operators, in order to study the market and evaluate the costs, are ready to provide their capacities provided that equipment for the pilot SORM suppliers (systems of technical means for ensuring the functions of operational-search activities) will be provided free of charge. They even turned to the White House with a request to finally decide on the feasibility of conducting a pilot project. The thing is that the FSB categorically opposed the "pilot period". On assurances of its representatives, for today already there are all technical possibilities for realization of the law. And there's nothing to "pilot" there. The voice of the FSB can be decisive in the issue of creating pilots, since this service is the main beneficiary of the law. According to representatives of the FSB, one of the manufacturers of SORM - OOO "Special Technologies" - promised by the end of the year to develop equipment for the implementation of the law: it is about equipment that can store and transmit large amounts of information. According to the "law of Yarovoy", Internet companies are obliged from July 1, 2018 to store information about the facts of receiving and transmitting data for at least one year, and telecom operators - for three years. The content of messages, including text, voice and video, will need to be stored for up to six months.
Many market experts are skeptical about the practical benefits of the law itself: firstly, terabytes of continuous computer information is simply impossible to process. Secondly, a large amount of traffic is encrypted with international protocols and the problem is not even to hack them (although many experts think this is impossible), but also that potentially such hacking can result in retaliation-isolation from the world's payment systems. By the way, even 15 years ago, when the Anglo-American surveillance system Echelon intercepted all the correspondence of the terrorists planning the September 11 attacks, it turned out that the terrorists were not particularly "coded". The correspondence was read and studied retroactively. It was not possible to use the interception to prevent terrorist attacks. It is effective only such surveillance, which is conducted against very specific suspects, point-like. The interception of the correspondence of 92 million without huge operational work will not help in any way. That is, the "law Yarovoi" - no panacea from terrorists. But it is quite obvious that it promises huge profits to system manufacturers, who ensure the implementation of the law. By the way, here, too, it is worth mentioning: "manufacturers" in the full sense of the manufacturer are not. It is only necessary to purchase equipment from a narrow circle of companies certified by the FSB. Certified means that invented, for example, in the US software and the "hardware" assembled in China can no longer be purchased, either from the manufacturer or from a wholesaler abroad. But you can have a narrow group of commercial companies, with licenses from the FSB, who purchase this equipment abroad, are imported to Russia and, after certification, sell it to telecoms. The "sticker" that is put on such equipment is more expensive than the equipment itself, and, quite likely, it makes sense to implement the "law of Yarovoi".