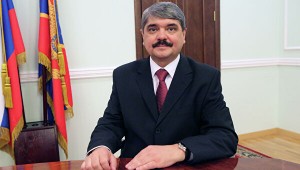 rucriminal.info continues to publish an investigation about the former head of the Investigative Department of the Ministry of Internal Affairs of the Russian Federation, Yuri Alekseev, who was considered a protege in the law enforcement bloc of Arkady Rotenberg. Here, for example, is what one of Alekseyev’s colleagues expressed his opinion on his activities in a responsible post:

“In addition to the cases under investigation by the Investigative Committee under the Ministry of Internal Affairs of the Russian Federation, Alekseev actively helped resolve issues related to investigations held by police investigators in the regions. It is clear that the most “tidbits” of the investigation were at the Central Administration of Internal Affairs of Moscow. In this department, as an ally, Yuri Fedorovich chose the deputy chief of the GSU Lyudmila Karpushkina. As a result, she began to come to his office several times a week. Often the visits were accompanied by the carrying-away of suspiciously large bags. ”

But what Rucriminal.info told one metropolitan solver. Once he himself was an employee of law enforcement agencies, was friends with Alekseev. And then, with the help of Yuri Fedorovich, he began to help businessmen resolve problems with the GSU. “At the beginning, the rate for each decision was $ 300 thousand. And basically everything was fine. Then, he became wise. Take money from me and from opponents. He will take a couple of steps in our direction, then he will win back the situation already in favor of the opposite side. Money does not return to anyone. I was somehow indignant, asked him to return $ 300 thousand. Yura smiled, patted me on the shoulder and said: “Let's go to a restaurant. And don’t worry about money, you’ll earn more. ” Then his rate increased to $ 500 thousand, but still had to work with him periodically. ” It is worth noting that Alekseev conducted the reception of funds not only from businessmen, but from regional investigators who wanted to make successful statistics for their units. Yuri Fedorovich had a particularly close relationship with the head of the Main Directorate of the Ministry of Internal Affairs of Tatarstan Andrei Vazanov (removed from office in December 2010). He created in his unit a practice of initiating proceedings against petty cutters into oil pipelines under Article 210 of the Criminal Code of the Russian Federation. In some other regions, such tricks did not roll. But not in the case of Tatarstan. Alekseev personally demanded that his subordinates acknowledge the validity of the initiation of a case under Article 210 by Vazanov’s employees. And each visit of the latter to Moscow was accompanied by the delivery of a large bag with notes. Having washed the deal, Alekseev and Vazanov went together to the sauna, where they usually also called prostitutes. After dismissal, Vazanov was attached to the deputy chairman of Tatfondbank. 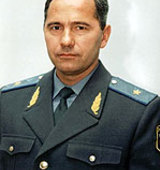