"Yuri Mikhailovich said everything will be paid"

Berezovsky and Luzhkov about Kobzon and Kalmanovich 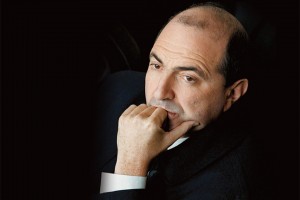 On 6 June, it was announced that the alleged perpetrators and organizer of the murder of the famous businessman Shabtai Kalmanovich, committed ten years ago, had been detained. The case involves three people from Ingushetia, one of which, the owner of the gas station Ali Belkharoev, was arrested Presnensky district court.

As it turned out during the proceedings, on Zhabrail Kostoyev and Ali Belkharoev, as well as the alleged organizer of the crime of Beslan Tumgoev, who was also detained, the employees of the main Department of criminal investigation Department of the TFR and came out, checking the connection of the phone found near the scene of the perfect ten years ago crime.

rucriminal.imfo continues to acquaint the reader with the "wiretaps" from the archive of Boris Berezovsky. In this sitate we present a conversation with Berezovsky singer, businessman and state Duma Deputy Iosif Kobzon.

On the record Berezovsky passes Kobzon appreciation from his daughter Katie and asked what was meant in conversation with Yuri Luzhkov, what are the 10 million and what a property. Discuss business projects related to land and real estate in Moscow. They also remember the unkind word Shabtai Kalmanovich.

K: You'll find out how Katya

B.: I just called her, she just thanked her terribly and asked me to give you a huge thank you to Inela. Just at its best.

Q: Everything is at its best, right?

B.: Yes, I really liked it and well, I just really appreciate it.

B.: So this is the case. Still unclear. Tell me, do you understand? What has been said about thousands of properties to take away, 6.5 is.

K.: I understand, because I was present at their conversation on the speakerphone.

B.: Because he told me, Yuri Mikhailovich, at our meeting. He told me , you know, that there would be no talk about real estate ...

K: Well, he remains on his opinion.

K.: For the first thousand

B.: That's the whole point. And Yuri Mikhailovich said - seven and a half thousand will be paid...

K: That he has no money, he needs to accumulate 13 million...Bye.

B.: Quickly, here you understand what is the matter, I will now tell you how I understand the problem. Here's real estate, that's the problem with anything. Then OK remember, Yuri Mikhailovich, the main objection against real estate. He said - we have no criterion in determining its value, and this question will stand now for a year. Hello!

B.: And in General, I think that's the way it will be.

B.: (interrupts) You understand what it is to find a property that will suit the top and that they will agree the price with these... In General, of course...

B.: Well...Great! (unintelligible) the question is that we need real estate again.

B.: Well, you can find a cool solution for a thousand cars in real estate. Great decision, you know what?

K: first of all, We need to talk to Soso about what he means. Because I scared Badri, said he said he was funding.

K.: Then I began to explain to him what he says, the contract, he says, due to the fact that there was tied real estate, he says, incorrectly drawn up. We'll just redo it, he says. But not about what demonstrate of the question.

B.: That's understandable. All right. Good. You know, here are some options for real estate. We have, for example, rent, for the land. Right?

B.: you Can simply, as if in payment of the rent, so as not to suffer with the selection of real estate. Is there a simple solution here which can be.

B.: Exactly! Remember that we took on the Arbat, bought the land.

B.: There is also (inaudible) the same firm. Prepay for 49 years, today I received the car, and nobody says shit about it. Reasonable?

K: Well, Boris, I leave early in the morning to the North.

K.: And it is unlikely that I will intercept it today.

B.: This is tolerated until Monday, and on Monday I will also be, we can call him ourselves, in General, before that we agreed. That's the first question. Second - Joseph Davidovich was able to give him this letter?

B.: What do you think the reaction

K: Well, he wrote such a resolution - Morozov...

B.: Joseph Davidovich. Thanks a lot. And I'm sorry, but Morozov who is this?

K: Well, the head of this Department ...

B: Ah, I see. All Right, Joseph Davidovich.

B.: Well, are you leaving today or tomorrow?

B: Tomorrow morning, when will you be back?

B.: Well, once (inaudible) if not hard, dial my phone.

K.: Yes. Did you have a chance to talk? My question.

B.: Well, this friend, (name unintelligible), he still called Yuri Mikhailovich, at that time.

B.: You remember when you gave the interview ...

B.: I think Shabtaj to him away. Just like this. So, such things, Joseph Davidovich.