The whole truth about Vasily Pozdyshev 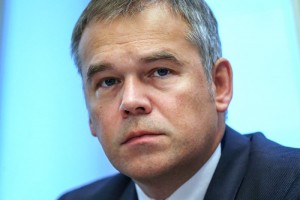 Vasily Anatolyevich Pozdyshev was born in the city of Gorky (Nizhny Novgorod) in the family of the "secret" scientist Anatoly Ivanovich Pozdyshev. Pozdyshev Sr. from 1952 worked at the Aviation Construction Plant named after S. Ordzhonikidze (now Sokol NAZ OJSC), which produced the MiG-21 supersonic fighters, MiG-25 fighter-interceptors (speed 3000 km / h), MiG-31 heavy long-range interceptors, MiG-29UB combat trainers, etc. d. From 1977 until the mid-2000s, Anatoly Ivanovich almost "crawled out" of foreign business trips, helping foreigners to master military aircraft. In the 70-80s, it was India, where Pozdyshev Sr. was the leader of Soviet specialists. In the 90s-2000s, it was Iran, where Anatoly Ivanovich was listed as a consultant. What the terms “head of Soviet specialists” and “consultant” mean with respect to work on the defense line in foreign countries do not need to be specifically explained. This is either a scientist and at the same time a staff member of the KGB of the USSR (FSB of the Russian Federation), or a scientist working very closely with this special service. Pozdyshev Sr. went on business trips with his family, including Vasily.

What is most interesting, Vasily Anatolyevich generally seems to be doing his own thing now. In his heart he is a “consultant” to the defense industry with all the ensuing details. Otherwise, how to explain the birth of scientific work in 2012 (published, including in a number of foreign journals) about the experimental work “on the manufacture of a protective helmet shell 4 mm thick in full size from armored aluminum (BTA) and VT14 titanium alloy ". And the authors of the work are Anatoly Ivanovich and Vasily Anatolyevich Pozdyshev. And this despite the fact that Vasily has the education of an economist. But it’s also that he understands armored aluminum. Or, after all, is his co-authorship a fiction, necessary to have scientific work in a foreign language in the “baggage”?

Pozdyshev Sr. (currently teaching at the Institute of Industrial Engineering Engineering of the Nizhny Novgorod State Technical University) had many connections in the academic community, in the Ministry of Defense, in the same KGB, so it is not surprising that he built his son Vasily at the Faculty of Economics of Moscow State University. According to rucriminal.info, his graduate is the current head of Vasily Pozdyshev Elvira Nabiullina. Vasily came to the economics department in an extremely interesting period and even then he began to acquire the necessary connections. His classmates were one of the main liberals in the Russian government Arkady Dvorkovich and one of the main sponsors of the liberals - the head of the Summa group Ziyavudin Magomedov, whom Pozdyshev met on a student bench. Together, they very insistently demanded the abolition of such an object as the history of the CPSU. Which, however, is not surprising. It was the economics faculty of the sample of the 90s (Pozdyshev graduated from the faculty in 1994) that entered the sphere of influence of the Yeltsin-era reformers, primarily Yegor Gaidar (also a graduate of the economics faculty). Also, advisers of these reformers from abroad fell in love with the faculty. In the USA, Great Britain and France then they did not hide the fact that they were searching for young people for their special programs for creating managerial personnel for countries that were in the zone of their special interests, which, in the first place, belonged to Russia. Particularly recommended students then went to improve their skills abroad. So, Arkady Dvorkovich at the end of economics went to Duke University in North Carolina USA. Duke University is known as the "forge" of pro-American cadres, then returning to their homeland. And Vasily Pozdyshev moved to the University of Paris-Dauphin (or Paris IX), which characterizes the fact that it is located in the building of the former headquarters of NATO. And a year later, in 1995, Vasily received the first position in France as a specialist in the planning and control department of Compagnie Bancaire (part of Groupe Paribas). However, this was clearly not a desire to get a "competent" specialist, but an internship before a more serious mission. For which, in fact, promising personnel were sought out at the Faculty of Economics of Moscow State University. Already in 1997, Pozdyshev returned to his homeland as the head of the mission for the development of credit and insurance activities in Russia, a specialist in the development directorate Groupe Paribas SFS. Moreover, Vasily is in Moscow in an extremely interesting period, shortly before the default, to which French banks had a direct relationship.

Thus, Credit Agricole Indosuez was one of the largest foreign participants in the Russian GKO pyramid. By May 1998, T-bills made up approximately 50% of its portfolio. According to the version of rucriminal.info, he actively played in the GKO and Paribas markets, of which Pozdyshev was an employee at that time. At the same time, Western buyers acquired T-bills only if the Russian side insured them with deposits in banks located abroad. That is, they did not risk anything.

Paribas also had other earnings from Russian finance. From those