"Authorities and security officials have to reckon with him" 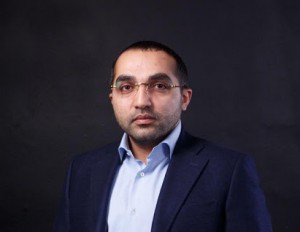 In the bandit Petersburg a new star has risen and "strengthened". Several sources of Rucriminal.info told about a person with whom in the “northern capital” all “authorities”, “thieves in law” and even law enforcers have to reckon with. His partner is a criminal legend, one of the leaders of the Malyshevskaya organized criminal group Nikolai Polkovnikov (Colonel). His girlfriend became a deputy and travels on a string of Maybachs. Slot machines for his empire of underground casinos are delivered from the warehouses of the Main Directorate of the Ministry of Internal Affairs in St. Petersburg. He tries to play international politics as well - maintaining relations with Kurdish armed groups around the world. Meet Merab Davidovich Khudoev. A Rucriminal.info source said that Khudoev began his journey in St. Petersburg when he was introduced to the local criminal elite by thief in law # 1 himself Aslan Usoyan (Ded Hasan, killed by a sniper in 2013). In St. Petersburg, Khudoev has many legal business areas, but, of course, the main income comes from something else. This is illegal gambling activity, under the control of Khudoev, about 30 gaming clubs in the city on the Neva. And his partner in illegal casinos, Nikolai Polkovnikov, is one of the leaders of the Malyshevskaya organized criminal group. According to the interlocutor, underground clubs with the use of illegal gambling equipment are located in residential apartments, customers are allowed on a call, and the proceeds are collected by armed officers of the transport OMON. But these are only "flowers". And here are the "berries". Gambling equipment is taken from the warehouse of the seized Main Directorate of the Ministry of Internal Affairs of St. Petersburg - as much as is needed, Khudoev's man was specially arranged for this, who also receives a share from illegal casinos on a par with spouses Roman and Ksenia Troshin. By the way, their son, being in the 5th grade, visited all countries of the world, although his parents do not officially work. You have to pay for the peace of mind and the service "supply of automatic machines from the warehouse" - Khudoev has a whole group of high-ranking law enforcement officers on a monthly subscription fee.

The only one who tried to give a "fight" to Khudoev was Colonel Yuri Timchenko, the head of the West department of the Main Department of Internal Affairs of the Ministry of Internal Affairs. Together with his subordinates, he identified and closed several clubs of Khudoev and Nikolai Polkovnikov. After that Khudoev got scared and fled to Georgia. Timchenko was not too lazy and calculated the damage according to the statements of the Central Internal Affairs Directorate, which amounted to 1.5 billion rubles - the gang worked so simply with the warehouses of the Central Internal Affairs Directorate and there were no consequences. Meanwhile, Khudoev from Georgia began negotiating with a number of high-ranking officials of the St. Petersburg investigation and law enforcement bloc. According to a source of Rucriminal.info, the turnkey service - to close the casino case and punish the offenders - cost Khudoev 300 million rubles. Soon Timchenko was arrested in a fictitious case. And Khudoev returned to St. Petersburg and began to live even more luxuriously. In 2019, local deputy Yekaterina Kovaleva, better known as a member of "House 2" Katya Vasilyeva, arrived at the elections for the head of the council of deputies of the Toksovsky urban settlement of the Vsevolozhsky district. She arrived very impressively. Two Maybachs of the same model drove up to the stairs. In front - black, second - silver-blue. After they stopped, a living corridor of strong men formed along the cars. And from the multi-colored came Kovaleva. Sources of Rucriminal.info said that the silver-blue Maybach belonged to Khudoev, and the girl, it seems, was his. And one can write a novel about his adventures with Anastasia Volochkova. Khudoev's partner - "authority" Nikolai Polkovnikov was already in the early 1990s in the criminal case of the Malyshevskaya organized crime group. However, the court acquitted Polkovnikov. Then the Colonel made a daring assassination attempt on the "authoritative" lawyer and businessman Ruslan Kolyak, nicknamed Ochelazy. The killer shot the victim with two hands from a motorcycle near the Pulkovskaya hotel, Fontanka wrote. The colonel was arrested again, and then acquitted, after which he left for Europe for a while. Returning to his homeland, Nikolai began to engage in gambling business. As a result, the Colonel was arrested again, and Timchenko was investigating him.