The fate of Moscow is decided at Saint-Jean-Cap-Ferrat While in Russia there is a trial over the bodyguards of billionaire Gabriel Yushvaev (Garik Makhachkala) - Magomed Ismailov (Maga Kobra), Eldar Khamidov and Said Asadulaev - he himself continues to enjoy life in France, Spain and Israel. The telegram channel VChK-OGPU published documents on Yushvaev's ownership of his "little dacha" in Saint-Jean-Cap-Ferrat. Makhachkala is not on the wanted list, so he feels relatively calm in Europe. True, exactly as long as there is no case in Russia about giving bribes in order to turn the case of the massacre in Moscow City away from Yushvaev's guards. And this is the question now. As Rucriminal.info found out, the owners of the dacha "on paper" Yushvaev and his longtime friend Lina Ermochenko. Garik Makhachkala is a neighbor of Leonid Blavatnik, who also has a house in the same “village”. Garik introduced Leonid to Vlad (Doronin), and now Doronin and Blavatnik continue their business relationship. 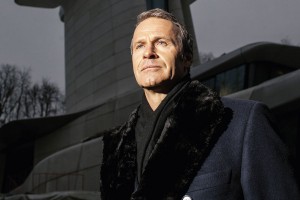 In this "village" on the Cote d'Azur, Makhachkala has always boasted of its ability to manipulate some members of the Investigative Committee, prosecutors and some people from the FSB and the FSO.

Perhaps thanks to this, Makhachkala and its guards, initially after the massacre in Moscow City, managed not only to get out, but also to turn the investigation against the Rosgvardia officers, who in reality became victims of Yushvaev's fighters. The challenge was thrown to Viktor Zolotov.

Only after the identification and dismissal of a group of corrupt officials (Makhachkala allocated $ 5 million to work with the investigation), the investigation returned to normal, the Yushvaev guards were arrested. As well as the investigator Levon Aghajanyan, by the way.

However, Makhachkala itself not only enjoys the Cote d'Azur, but also continues to conduct large-scale business in Russia.

As sources told Rucriminal.info, now the people of Garik and Doronin (Pavel Te, Eduard Bergman), together with the structures of Renova, Timofey Klinovsky and Avsholum Yunaev, are developing a large-scale construction project called HeadLiner. On this document you can find the signatures of Garik, the people of Doronin, Klinovsky and the general director for the construction business "Renova".

And an interesting question arises: does this mean that the owner of Renova, Viktor Vekselberg and other partners of Yushvaev challenged Viktor Zolotov and provided their protection to Yushvaev (in exchange for assets, participation in profitable projects). Or will this cooperation end in the very near future and Yushvaev will become an outcast awaiting trial in a bribery case?

It is worth noting that the closeness with Yushvaev recently cost the post of Deputy Prosecutor of the Moscow Region Semyon Yakubov, who is married to Yushvaev's daughter and helped his father-in-law get away from many unpleasant stories. In particular, Yakubov also helped in solving problems with the Moscow City massacre case.