As immigrants from Belarus "built" Moscow 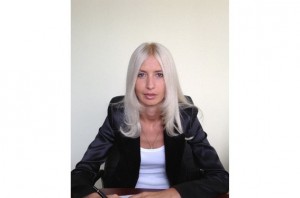 It seems that the detention of the former owner of the Bank "Ugra" Alexei Khotin was tough. At election to the banker of a measure of restraint on his brow a cheekbone wounds were visible. The servants of Themis sent Alexei under house arrest and now the most interesting thing will begin - "the struggle for Khotin". Patrons, as well as enemies, it is enough. In a new publication Rucriminal.info tell about the banker's family. The founder of all big business is not Alexei, but his father Yuri Georgievich. He also got powerful connections, which he gave to his son. He developed and multiplied them. In the family business and sister of Alexei Margarita. The National Agency of clinical pharmacology and pharmacy (NACPP) for poslednie years has received contracts on half a billion rubles.

68-year-old Khotin Yuri Georgievich was born in the city of Rylsk, Rylsky district, Kursk region, but then for many,many years his fate was connected with Belarus. It was there that he married his current wife Lyudmila Petrovna.

Hotina Lyudmila Petrovna is not limited to the role of a housewife, but is a faithful assistant in the Affairs of her husband. In particular, in Belarus it was a patent attorney entered in the State register of the Republic of Belarus. A patent attorney is a person whose profession is to provide legal assistance in the field of patent law. A person of such specialization in the family engaged in the production of cosmetics in Belarus, the names of which must be registered, and sometimes bypassing existing similar brands, is invaluable.

When Hotiny moved to Russia, Lyudmila Petrovna continued to participate in the family business. In particular, she was the founder of the capital's LLC "Time" (INN 7731275677, established in 2003, liquidated in 2008), engaged in wholesale trade in perfumery and cosmetic products, and in which the General Director was Khotin Yuri Georgievich. This LLC in turn, together with Podlaseck Sergey Viktorovich, was the founders of OOO "Krasny Bogatyr" ( INN 7719282332).  Subordinate Hotiny Sergei Pidlisetskiy was the founder and CEO of JSC "NGK "Progress", LLC "KUB", JSC "Rus-oil", etc Pidlisetskiy took an active part in the raider seizure of the first major asset Hotiny - Moscow soap factory. And after the collapse of the "Ugra", Alexei Khotin has periapical Pagliaccio all their oil assets.

Also in Moscow, Lyudmila Petrovna Hawtin was Director General of LLC "volna" ( 7731275660 was created in 2003 and liquidated in 2008). This company is also engaged in wholesale trade of perfumes and cosmetics.

In Belarus, Yuri and Ludmila, were born children: Margaret and Alex.

According Hotin.org Margarita Yurievna of Lebanon (nee Hawtin) was at the forefront of his father's business. In Belarus, she was the co-founder of LLC "belkosmeks", headed by Khotin Yuri Georgievich. In the beauty business Hotiny were involved and the husband of Margaret, Lebanon Mikhail Alexandrovich. In particular, it was registered in Belarus trademark of cosmetic products Alme.

According Rucriminal.info Margaret, along with her husband, after the father moved to Moscow. Since in the capital Yuri Khotin and his son Alexei engaged in buying shopping centers, the entire cosmetic business went to Margarita and Mikhail Labanok. Now Margarita Yurievna together with her husband are the founders of the firms "Slavnet", "M-Helios" (in this company at one time one of the positions was held by Yuri Khotin). Mikhail Alexandrovich of Lebanon belongs to "Shant beauty". Margarita develops non-core business areas for the family. She is the General Director and co-owner of the national Agency of clinical pharmacology and pharmacy (nakff), which is engaged in laboratory and clinical research. She belongs to OOO "Ncftpget", Margarita serves on the Board of Directors of JSC "Weaving factory "Forward" (Moscow region). In recent years, nakff has become a market leader in the provision of medical laboratory diagnostics services for government agencies. With the enterprise of the Khotin family, state contracts for 526 million rubles were concluded.

If in Belarus Alexei Khotin was a Junior assistant to his father, in Russia he moved to the forefront. No, of course, all the wealth was amassed thanks to the connections and capabilities of Yuri Khotin. But Alex became the "face" of the clan, speaks on behalf of the family in the negotiations, "glows" in official documents. Until 2007, Alexey Khotin was the founder and head of the capital firm "ALEX", then it was liquidated. He was also the CEO and chief accountant of two ZAO- "Assocamere and Asskimberley". Now Alexey Khotin is the President of JSC "Complex investments". Under severe pressure, the Central Bank of the Russian Federation, Hawtin, Jr. in 2016, acknowledged that controls 52.5 per cent of the Bank "Ugra".

However, on arrival in Moscow, Alexei Khotin clearly succumbed to many temptations of the capital's life. According to Rucriminal.info in June 1999, he was arrested by the police for driving under the influence of alcohol. Alexey Yurievich is married to Alexandra Vladimirovna (nee Tobolina), they have two children/

The head of the family, Yuri G. Khotin, in Belarus was the founder of the production and commercial enterprise "Astor" and CJSC "Alatard" . Both structures were engaged in the production of soap, detergents, cosmetics, perfumes and were associated with the Belarusian oligarch Viktor Tereshchenko. "Astor" and "Alucard" was liquidated by the authorities for "the lack of implementation of business activities for 12 consecutive months, and failure to inform the commercial organization to the tax authority of reports about the reasons for the failure of such activities."

Then Yuri Hawtin headed the company "Belkosmex", until he found himself in Moscow. In the Russian capital, he led the life of an illegal immigrant. Yuri Khotin clearly made out a fake temporary registration: in Orekho-Zuevsky district of Moscow region, in the house 22 on Nizhny Novgorod street in Moscow.The same LLC "Wave", where Yuri Khotin was the founder, was listed as "the property of foreign citizens and stateless persons". This situation bothered him only in November 2004, when, on behalf of Yuri Georgievich Khotin, the consular office of the Ministry of foreign Affairs of the Russian Federation in Belarus received an application from him for Russian citizenship. And in March 2005 the police Department "Yuzhnoe Butovo" issued Hotin senior brand new passport of the citizen of the Russian Federation, with registration in the house 5 building 1 on the street Sobolevskogo.  In fact, such a scheme for obtaining Russian citizenship (according to a certificate from the KZ) indicates only one thing - Khotin just bought it. Under this scheme, for example, Russian citizenship receives the majority of Georgian "thieves in law". And, when you need special services, the courts recognize the passport of the mafia void.