He created "Dovgan" and "Korkunov" but became rich on the "pyramids" 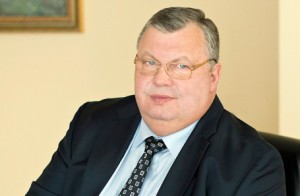 The Khoroshevsky court of Moscow on June 5 will consider the petition of the Ministry of Internal Affairs for the absentee arrest of the creator of the brands Dovgan and Smak German Lillevyali. He is accused of fraud in the amount of 1.5 billion rubles. Sources of Rucrimunal.info told the life of Lilleval and it turned out that this was not his first scam of this scale. And his partner in many similar projects is Alexander Korkunov, founder of the candy brand Korkunov. Money from financial fraud was withdrawn through Runa Bank, which is controlled by Lillevyali.

Lillevali in 1995 founded the Likomp Holding CJSC, which promoted the Russian brands Dovgan and Smak, as well as engaged in financial and banking business. In 2013, he created the investment company Financial Group, which specializes in market-neutral strategies, including statistical arbitrage. The holding includes several companies, among them - Ankor Invest and the Capital Financial Group. According to Business-FM, the investigation considers the entrepreneur to be the organizer of a criminal group, which, in essence, created a financial pyramid. With its help, for five years - from 2013 to 2018 - he was able to attract about $ 200 million of funds from individuals who were not returned. Clients' money was raised for investments in shares of American companies. In a criminal case, the damage is estimated at 1.5 billion rubles. According to a source from Rucriminal.info, in the 90s, German Lillevyali, together with Vladimir Dovgan, controlled the Active Bank. The latter, under the promise of high interest, raised money from customers, as a result, they were all deceived, and the bank went bankrupt. Along the way, partners actively developed the brand of vodka and Dovgan products. Lillevali loves to make brands from the names of partner buddies. Then German made friends with Andrei Korkunov, so the brand of sweets “Korkunov” was born. In the future, Liddevaly will create Ankor-invest with Korkunov. The main managers in the subordination of Lillevyale were MA Belyaeva, S.A. Borisov and S.S. Mozhaev. In the early 2000s, Borisov and Belyaev bought Lunaevlya Runa Bank for money and became its nominal owners. In reality, German Lillevyali himself stood behind them and controlled the bank. Mozhaev was made Chairman of the Management Board of Runa Bank to expand the customer base. Then Lillevyali created a financial pyramid - the Capital Financial Group (SFG). Borisov, Belyaev actively attracted customers there and took an active part in the activities of the SFG. SFG accounts were serviced at Runa Bank. It was through Runa Bank that all money was withdrawn from the SFG. Then Lillevyali decided to secure his "wallet", i.e. Runa Bank, and the following pyramids - GL Finance and AnkorInvest - have already been made separately from Runa Bank. But the bank, Belyaev and Borisov were active participants in these projects.

Remember the case of the "Krasnogorsk shooter" Amiran Georgadze? In October 2015, he fired bullets at four people, whose fault, he believed, was on the verge of ruin. One of the killer’s victims was his business partner and friend Tristan Zakaidze. The latter was familiar with Lillevyali for a very long time, they collaborated in the Asset bank. A significant part of the funds Zakaidze and Georgadze kept in Runa Bank. Including because of this money, a conflict arose between Georgadze and Zakaidze, which ended so tragically. In 2019, Lillevali had a conflict with Mozhaev and, by coincidence, the latter was detained and placed under house arrest. By that time, Lillevyali made faithful Arifov A.A. the Chairman of the Management Board of the bank. , which actively helps Herman and the withdrawal of funds from the Russian Federation. “In fact, Lillevyali continues to own Runa through Borisov and Belyaev and they help him hide and withdraw funds from the country,” a source told Rucriminal.info.

However, upon learning of the impending arrest in absentia, Lillevyali began to urgently seek a buyer at Runa Bank.