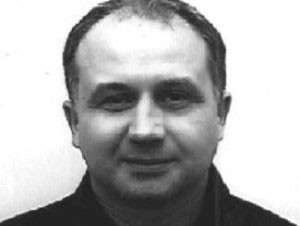 On the eve of Children's Day, rucriminal.info would like to once again touch on the topic: Who is more protected by law - organized crime groups or children?

The activities of the organized criminal group "Ensign", or rather Vladimir Borisov, have always been distinguished by particular cruelty and the complete absence of any principles.

A lot of contract killings, racketeering, explosions, shootings, cashing out, raider seizures of socially significant institutions - this is just an incomplete list of achievements.

In the distant 90s, Borisov himself became a victim of a raid by the Akulovskaya group, under which he hastened to bend and pool military resources.

Together with his bodyguard and right hand - Yuri Biryuchenko, nicknamed "Tankman" and other fighters, Borisov's gang interacted with the "Akulovskys" for some time.

But the ensign did not forget the insult. In 1997, almost all the "Akulovites" were arrested, and the "Ensign" decided to crush their points under him. The plans were hindered only by Igor Rozzuvailo, Gennady Los and Vadim Izmorosin, who remained at large.

As a result, Rozzuvailo was shot dead in the entrance of his house, and explosives were planted in Moose's BMW - but wrongly. When there was an explosion on Sverdlovskaya Embankment on August 21, 1998, he survived. After that, he testified about numerous episodes of the Ensign gang.

In the fall of 1998, Izmorosin and his wife were also shot dead in Pskov. Here I would like to note the cynicism of Yuri Biryuchenko "Tankman" - he was a friend of Izmorsin, but he also led the operation to eliminate him. When the killers noticed the authority, they radioed Biryuchenko: “The object is not alone, with his wife. What to do?". To which he replied: "To bring down both."

So money interests were at the head of any relationship.

Then, in 1997, one of the first murders committed by Borisov's people took place. An entrepreneur by the name of Fedorov interfered with a profitable deal for Borisov's organized criminal group, after several hours of torture with a weight tied with wire to his neck, Fedorov was thrown into the Okhta River, still alive.

But the loudest episode of the gang could be the murder of Galina Starovoitova, a State Duma deputy, who was shot by Yuri Biryuchenko in the entrance of her house on the Griboyedov Canal embankment in St. Petersburg on November 9, 1998.

But it didn't. In 2000, the prosecutor's office of the Central District of St. Petersburg managed to complete the investigation and send the case of a criminal group led by Ensign to court.

To this day, the organized criminal group has excellent relations with the law enforcement agencies of the Central District (as they wrote in “The Bloody Ensign and the Dark Prince Peter were returned in shackles”)

Vadim Pozdnyak, the senior investigator of the prosecutor's office, who headed the operational-investigative team, said in an interview that, unfortunately, he managed to prove only a part of the episodes, which were insignificant. As a result, the gang received suspended sentences.

Now Vadim Pozdnyak diligently defends the bandits of the Ensign at the trial in the criminal case of the raider seizure of the building of the Institute of Architectural and Construction Design on the street. Avtovskaya 16 in St. Petersburg.

The trial has been going on for more than two years and will probably end, like the previous trials, with a “light fright”, or rather, with suspended sentences for the participants.

Vitaly Kuzmin was previously the so-called "torpedo" of Vladimir Kolesnik, better known as "Volodya - Wheel" or "Master of Toksovo".

But having joined Borisov's organized criminal group, Kuzmin ingratiated himself with the latter and rather quickly climbed the "career ladder".

Further, Borisov V. and Kuzmin V. have already actively involved other members of their families in crimes. What unites these people?

Borisov Konstantin Vladimirovich (son of Ensign), being one of the founders of UGS LLC, turned the Children's Kirishi Hospital by more than 350,000,000 rubles.

Kuzmina Svetlana Viktorovna (ex-wife of Kuzmin Vitaly) is the mother of Kuzmin Dmitry Vitalievich, who is also known as one of the founders of UGS LLC and Borisov's accomplice K.V. in the cut of the budget for the construction of the KRB in Kirishi

Impunity, as you know, inspires - Kuzmin D.V. and to this day, continues its vicious work. One of the actions of Kuzmin Dmitry at the moment is cutting 95 million rubles allocated for the repair of the St. Petersburg Children's Hospital. Rauhfus.

So, in the period from 2021 to 2022, VECTOR LLC - the founder Kuzmin D.V.; CEO, unchanged, Matakash D. O. received several State. Contracts for work in the St. Petersburg Children's Hospital. Rauhfus.

The amount of the contracts amounted to 95,876,627 rubles, of which, according to the data we received, about 70,000,000 rubles. were bred to companies with signs of ephemera.

I would like to note that the organized criminal group nevertheless made some adjustments to its actions. For example, now the types of work are selected either destructive (dismantling) or hidden (reinforcing, puttying, etc.)

But the output scheme remains, as before, clumsy. Under the guise of work for firms - onenodnevki.

It is surprising why the Kuzmin family so persistently encroaches on the most vulnerable part of the population - children.

So, for example, while Svetlana Viktorovna Kuzmina visits children within the framework of municipal programs, one of Dmitry Kuzmin's cohabitants, Anastasia Kucherenko, manages the Gift of Happiness Foundation, whose activities are aimed at collecting donations and helping children. Also, the Kucherenko A. Foundation tried to get the Presidential Grant, but could not. Anastasia herself is an extremely versatile person, she is both a coach and a realtor and a philanthropist, well, in the best traditions of the Kuzmin family, she dreams of becoming a politician. Of course, I want to believe that the girl's intentions are pure, but given her environment and passion for luxury, there is reason to doubt.

Dmitry continues to actively cut funds for children's hospitals and nurture schemes for cashing out and legalizing funds in the interests of organized crime groups.

Responsibility for this is not Dmitry or his father Vitaly, but the Ensign himself - Vladimir Borisov. Even in the case of Avtovskaya 16, Dmitry is only a witness, despite the fact that he is the owner of Praedium LLC, which “bought” and therefore legalized the building of IASP.

It is clear that Borisov for the Kuzmins is a decommissioned player. In the Avtovskaya case, both testify against their leader and obviously the control of the group will remain with them.

A special source of pride for Dmitry Kuzmin, who claims leadership in the organized criminal group, is the recent murder of the St. Petersburg restaurateur and architect Mikhail Dolgopolov, who owed the gang a certain amount.

Mikhail was deceived, under the pretext of a meeting to cash out money, taken out of the city and killed with a shot in the back of the head.

Dmitry himself smiles mysteriously about his participation in the organization of this event, but here again the responsibility falls on another member of the organized crime group and a neighbor of the Kuzmin family in Vsevolozhsk - Yuri Biryuchenko "Tankist". On September 18, 2020, Biryuchenko was put on the international wanted list, but there is no need to look for him especially, because he is a well-known philanthropist, cultural figure and founder of the Spiritual Education Charitable Foundation in Ukraine.

And for Dmitry, the death of Dolgopolov will serve as a convincing horror story for accomplices for a long time to come.

This story is actually a cut from the "system" itself

Grounds for concluding a contract with a single supplier: Procurement due to the recognition of an electronic auction as invalid on the grounds presented in paragraph 6 of part 2, part 5, part 7 of article 52 of the Federal Law

Other finishing and finishing works in buildings and structures, not included in other groups

2. Customer: SPB GBPOU SCHOOL OF THE OLYMPIC RESERVE No. 2

Grounds for concluding a contract with a single supplier: Procurement due to the recognition of an electronic auction as invalid on the grounds presented in paragraph 6 of part 2, part 5, part 7 of article 52 of the Federal Law

Performance of work on the repair of offices of the medical department of St. Petersburg GBPOU "UOR No. 2 (technical school)", located at the address: St. Petersburg, st. Kommuny, 39

Performance of work on the overhaul of the building for the placement of medical units at the address: St. Petersburg, st. Bobruiskaya, 13, lit. A (stage 1) continuous DISMANTLING

Performance of work on the overhaul of the building for the placement of medical units at the address: St. Petersburg, st. Bobruiskaya, 13, lit. BUT

Performance of work on the overhaul of the building for the placement of medical units at the address: St. Petersburg, st. Bobruiskaya, 13, lit. BUT