As the head of FGC UES from the Russian FSB went 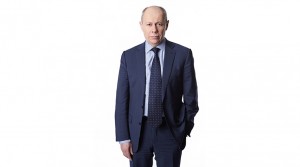 rucriminal.info continues a series of investigations about the "bigwigs" of the Russian energy complex. These people have access to tens of billions and are sometimes unknown to the General public. Earlier we told in detail about one such business of Georgy Kopylenko who is closely connected with Victor Vekselberg.

The new article will focus on the energy bosses Valery Goncharov (former member of the Board of PJSC "FGC UES") and Igor Prikhodko. It seems that the last person owns Ukrainian holding "Soyuz", is very friendly with the local authorities, so should stay away from Russia, as officials and businessmen from Russia should stay away from him. But no. This cooperation led to the investigation of the FSB. Moreover, Goncharova ended up unharmed - minor penalty. But the stranger remained in the case as a witness.

Available Rucriminal.info was the verdict against Goncharova, which are perfectly visible "scheme" built Goncharov and Prikhodko.

"At a meeting of the Governmental Commission on liquidation of consequences of the accident at the branch of JSC "RusHydro" – "Sayano-Shushenskaya hydroelectric power station" and the organization of work for the sustainable supply of consumers of the United energy system of Siberia, JSC "FGC UES" were instructed in 2012 to provide the input object grid "substation 500 kV Sunrise and OHTL 500 kV Kurgan-Ishim" to ensure the flow of electricity from the United energy system (UES) of the Urals in the Siberian territory of the Russian Federation.

Pursuant to the said order a meeting of the Board of JSC "FGC UES" inter alia, a decision was made about the conduct of procurement procedures by the titles of "the OHTL 500 kV Voskhod-Ishim (knight)" and "500 kV Sunrise with approaches of OHTL 500 kV and 220 kV".

In accordance with the terms of the contract, JSC " ISK "Soyuz-Network" was obliged to perform engineering surveys, design, development of working documentation, construction of the facility, supply of necessary equipment and spare parts for the needs of the facility that are not included in the equipment set, perform commissioning, including installation supervision and commissioning of equipment.

According to clause 4.3 of this agreement, in case of import equipment delivery the supplier (JSC "Soyuz-SETI CLAIM") is obliged to submit to JSC "tsius UES" primary documents confirming the fact of its import to the territory of the Russian Federation and the purchase price of such equipment.The cost of imported equipment, payable, was determined by the terms of the contract as the smaller of the two values:

- or the cost specified in the Summary table of cost of materials, the equipment of works, services issued in the form of Appendix to the contract

- or the value specified in the cargo customs Declaration in rubles (if the price was subject to adjustment – the corrected cost) taking into account all customs duties, fees and taxes multiplied by coefficient no more than 1,3 (that is increased no more than by 30 %).

At the same time, in violation of clause 4.3 of the above-mentioned agreement, ZAO " SUK "Soyuz-SETI" did not submit to JSC "tsius UES" documents confirming the fact of importation of the equipment and its purchase price to the territory of the Russian Federation.

In turn, Goncharov V. A., aware of the lack at the time of the regulation governing the operation headed by the Working group on determining the mechanism of acquisition, delivery and acceptance of supply at objects of JSC "FGC UES" imported equipment, the formation of fair value, the absence of approved design documentation that defines the cost of construction and equipment supplied and the relevant documents confirming the value delivered by the CJSC "ECC "Soyuz-grid" equipment, wishing to take a higher position of the First Deputy Chairman of the Board of JSC FGC UES for efficiency of coordination of the documentation necessary for acceptance of the equipment on the constructed object "PS 500 kV Voskhod with calls of VL 500 kV and 220 kV" that will entail timely delivery of turn of construction of substation and calculation with the contractor, I created the intention directed on use of the powers for the purpose of extraction of benefits and advantages for myself.

In pursuance of his intention Goncharov VA, realizing that JSC " CLAIM "Union network" did not provide documents confirming the importation into the territory of the Russian Federation of the supplied equipment and its value, which does not allow to determine its fair price, at a meeting of the Working group, held at: Moscow, nikolovorobinsky lane., d. 9/11, using his leadership as Deputy Chairman of the Board of JSC "FGC UES" and Chairman of the Working group, contrary to p. 3.1 of the Charter of OAO "UES FGC", under which the company's management is required to make assistance in the implementation of effective management and control of state property in the electricity sector, the industry, realizing that without supporting documents to determine the real cost of the supplied equipment is not possible, therefore there is a risk of acceptance of the equipment at an inflated price, to the detriment of JSC "FGC UES", in violation of section 4.3 the above agreement has not taken measures to obtain the necessary documents or to determine the fair value of the equipment.