"The killer with sadistic inclinations" 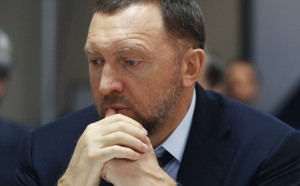 Billionaire Oleg Deripaska came to the Davos Forum in January for the first time since 2018, when sanctions were imposed on him. And on the sidelines of the forum, Deripaska expressed confidence that US sanctions against him would be lifted already in 2020 - after the decision of the American court in his lawsuit against the US Treasury. Deripaska’s confidence is based on the fact that the sanctions were initially “nonsense, and the more the materials on which the charges are based [on the businessman] are disclosed, the more this becomes obvious”. The main accusation is stable ties with the mafia, in particular with the Izmailovo organized crime group and its leader Anton Malevsky. According to Rucriminal.info, Deripaska's confidence is premature. The fact that Deripaska may be related to the criminal world is indicated in the materials of the Spanish and German investigations about money laundering by the oligarch. The Spaniards in their turn transferred the materials to Russia, where they promised to investigate them, but in reality they quietly “buried” them. We cited excerpts from these documents. From some of them it follows that Deripaska was a business partner and friend of the leader of the Izmailovo organized crime group Anton Malevsky. The editors had at their disposal operational certificates of authority, which confirm this fact. We will partly publish these documents. In the meantime, we give an excerpt from an interview with another business partner of Deripaska, Mikhail Cherny, in which he describes in detail the relationship of the oligarch with the mafiosi.

Deripaska claims to have paid you $ 250 million in security fees. And that you were not partners at all ...

“He can say anything today.” In a declaration filed by him in a British court, it is stated that even Popov, who was the godfather of his daughter, is one of the leaders of the mafia. This gives an idea of ​​the mentality of the person who is behind all this. After all, Deripaska himself invited Malevsky and Popov to be our partners, because they "had influence". Malevsky and Deripaska were close friends. When Malevsky was forced to leave Israel (in 1998), he lived in Moscow in a house owned by Deripaska. So how does this fit with what he later stated? Does he meet, hug and kiss people he calls the mafia? When it comes to money, people forget who they are. ” And today, Rucriminal.info will publish the first few information from the Ministry of Internal Affairs of the Russian Federation on Anton Malevsky, which will give the impression of who was a close friend and business partner of Deripaska.