Zimichev has accumulated questions for the deputy. Didn't have time to ask

We tell about Andrei Gurovich, who arranged a deadly excursion for the minister The reception and the excursion, during which the head of the Ministry of Emergency Situations Yevgeny Zinichev died, was arranged by the Deputy Minister of Emergency Situations Andrei Gurovich, to whom the minister had a lot of questions lately. The latter fact is not at all surprising, given the biography of Gurovich, which was told by a source on the VChK-OGPU carts channel. 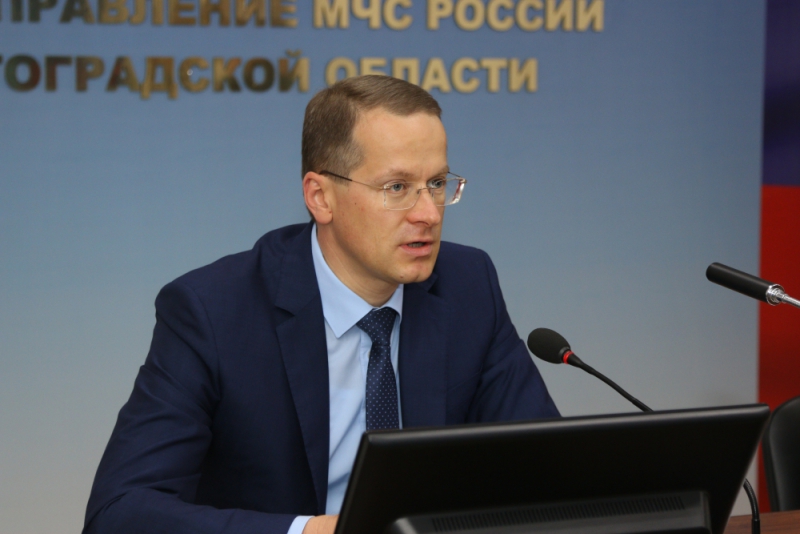 Once a veteran of the Ministry of Internal Affairs Gurov Alexander Ivanovich recommended to the head of the FMS Romodanovsky his assistant in the State Duma, Andrei Gurovich. So he became an advisor to the director of the Federal Migration Service of Russia. In this post, Gurovich proposed controversial ideas, for example, he offered to get the FMS the right to accumulate extra-budgetary funds. At the same time, it was at that moment that a ban on such funds was introduced everywhere. Gurovich's efforts were not in vain and he was appointed head of the Financial and Economic Department of the Federal Migration Service. He made acquaintances in the presidential security service and the FSO. Therefore, when Gurovich was caught on a bad story in the FMS, he decided to go to the FSO. The then head of the FSO, Yevgeny Murov, called Romodanovsky regarding Gurovich's candidacy, but after describing the latter, he abandoned the idea of accepting such an employee. However, Gurovich managed to move to the Treasury of Russia, and then in his career there was the Ministry of Emergencies. Gurovich brought his close friend to the ministry, ex-mayor of Voskresensk Vitaly Laschenov, who was appointed deputy head of the Aviation and Aviation Rescue Technologies Directorate of the Russian Emergencies Ministry. And this despite the fact that this person never had anything to do with rescue or aviation at all. With the help of Gurovich, Laschenov got a service car with a flashing light, on which he tried to get away from the security forces when they detained him for corruption.

Rucriminal.info conducted its own investigation of Gurovich's career path, which we share with our readers.

Andrei Gurovich's career began in an elite holiday home near Moscow, Konobeevo, Voskresensky District. The rest house was under the patronage of Gazprom, Viktor Chernomyrdin and other respected people loved to relax there. The director was the late Yuri Khalin, a friend of Pavel Pavlovich Borodin, who took Andrei Gurovich to administrative work at the request of his father. My father is in the business of supplying deicing reagents to airports and everything connected with it.

But Andrei Gurovich, instead of gratitude, responded with intrigues in relation to director Yuri Khalin, tried to take his place. He did not take into account exactly one. The level of connections and trust in Yuri Khalin, deserved for many years of activity, turned out to be an impenetrable resource of that time for Andrei Gurovich. Gurovich had to leave himself. From that time on, he began his ascent in government agencies, often over the heads of those who helped him.

In December 2016, with the tacit support of Andrei Gurovich, entrepreneur and city deputy Vitaly Laschenov was elected as the head of the city of Voskresensk.

Vitaly Laschenov comes from a police family. His father and uncle were the heads of the Internal Affairs Directorate of Voskresensk in the 90s - early 2000s, his father was the head of the passport office, the uncle of OBKhSS. Hence the initial accumulation of capital and corrupt ties with the local administration, which allowed the Laschenov family to become the owners of large commercial real estate objects in the city center. The Laschenov family was part of the Golovkin clan, through which they solved many issues, during the time of Golovkin the Laschenovs in Voskresensk were untouchable and could solve almost any issue. They also helped the family of Andrei Gurovich, with whom Vitaly Laschenov has been friends since childhood. 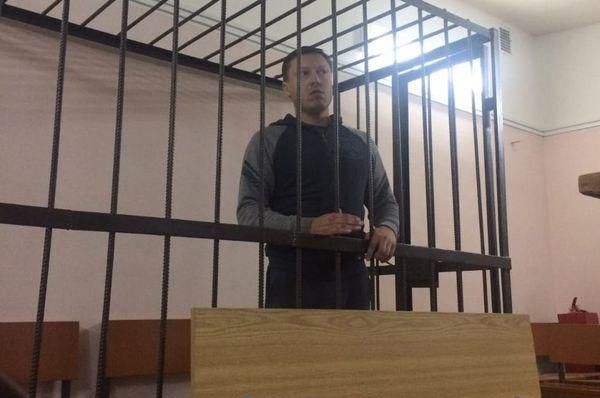 In December 2016, with the tacit support of Andrei Gurovich, Laschenov was elected head of the city of Voskresensk. According to a Rucriminal.info source, Laschenov received the support of the law enforcement agencies of the Ministry of Internal Affairs and the FSB, respectively, from the head of the police department in the Voskresensky district, Sergey Matrosov, and from the head of the 4th district department of the FSB in Moscow and the region, Alexander Filatov.

Laschenov, without hesitation, organized an interesting business together with the head of the Voskresensky district administration Vitaly Chekhov.

Together with his accomplices, with the support of Chekhov, they brought their people to the management of DomService, a monopolist and the largest housing and communal services management company in the Voskresensky district. Laschenov also organized the creation of two gaskets - LLC "Kvartal +" and LLC "City Management Company", which immediately began to cut utility bills of residents.

These two gaskets received from OJSC "DomServis" entire city blocks of multi-storey buildings for maintenance under management and began to simply insolently withdraw money, the schemes were unpretentious - dead souls, accrual and cashing of bonuses, contracts that were executed only on paper, overpricing of purchased materials and tool, etc.

In addition, ordinary workers of Laschenov's gaskets corny rushed with salaries, when the wage arrears reached more than six months, the people in the city began to boil, crowds of housing and communal services workers, a hundred people each, came to the administration building and threatened With these actions, the situation began to get out of control, the dissemination of information was stopped in every possible way by the head of the administration Chekhov, but the dam burst. There were so many outrages that the regional OBEP intervened, after plunging into a situation, whose employees' eyes widened greatly! The main question was - guys, we saw a lot, but for the money to be stolen so brazenly and openly, for the first time.

The director of OJSC "DomServis" Novakov and the deputy head for housing and communal services were arrested for a bribe.

The head of the district administration Vitaly Chekhov was under attack, a number of questions arose from people from Lubyanka to the head of the 4th district department of the FSB, Filatov Alexander, while everyone pointed a finger at Gurovich's friend, the head of the city of Voskresensk, Vitaly Laschenov. It's time to sacrifice someone.

Laschenov was removed from the sweat of the head of the city by judicial collisions. But Andrei Gurovich did not abandon his old friend and pushed his appointment as deputy head of the Aviation and Aviation Rescue Technologies Directorate of the EMERCOM of Russia, despite the fact that, before being appointed to this responsible position, he had no idea what aviation and the EMERCOM were. Prior to his leadership, Vitaly Laschenov owned shops in Voskresensk selling household appliances and cheated on the purchase of office equipment and stationery for local schools, kindergartens and the administration, who else but him should be appointed as the head of the deputy head of the aviation department of the Russian Emergencies Ministry?

But further events did not develop along the trajectory presented by Gurovich. Clouds thickened over Vitaly Laschenov, there were so many textures, and information about the theft of money so overwhelmed the local agenda that, using the instinct of self-preservation, Alexander Filatov gave the go-ahead for the arrest of Vitaly Laschenov. The operatives were waiting for Vitaly Laschenov on October 27, 2018 at the house in the village of Marishkino near Voskresensk. Laschenov realized what was the matter, waited for the moment and tried to get away from them in an EMERCOM service car with the flashing lights turned on, the jerk was made towards Zhukovsky, where he would be out of reach for the security forces of the Ministry of Internal Affairs. The chase continued to the town of Bronnitsy, about 30 km, as the billing showed, all this time Laschenov was in touch with Gurovich, but Laschenov's car was jammed at Bronnitsy, there is information that even with the shooting upwards, Laschenov was arrested and was placed in a pre-trial detention center.

The arrest of the deputy. Head of the Aviation Directorate of the Ministry of Emergency Situations presented an unpleasant surprise to the deputy. Minister Andrei Gurovich. To save himself, he had to urgently intervene in a threatening situation.

Two weeks later, a court decision was made to change the measure of restraint for Laschenov from arrest in a pre-trial detention center to house arrest. Vitaly Laschenov is currently on trial.

Vitaly Laschenov as the head of the city was remembered not only by the theft of money from housing and communal services, but by the history of embezzling money during the construction of a kindergarten and an infectious disease building of the 2nd mountains of the hospital by people from his team and under his control, the so-called case of Igor Borichesky, the deputy of the State Duma Elena Serov, on whose son's card they transferred two million rubles of kickbacks for lobbying for the repair of the infectious building. But that's another story, without Andrei Gurovich.