Viktor Vekselberg's "right hand", the secret of the prosecutor's office and 1 billion euros 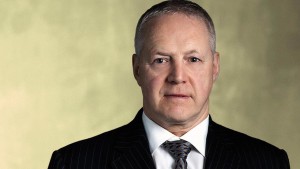 The criminal case on the financial pyramid Rusmikrofinance turned out to be an unbearable burden for the Internal Affairs Directorate of the Central Administrative District of Moscow. Most of the withdrawal of funds was carried out in the interests of Viktor Vekselberg's partner and financial advisor - Iosif Abramovich Bakaleinik, including to accounts in Switzerland, at one of his places of residence. Apparently, in these two persons lies the "enormous complexity" of this case for the leadership of the Investigative Department.

According to a Rucriminal.info source, despite the fact that the management of the Investigative Department of the Internal Affairs Directorate of the Central Administrative District of Moscow considers the criminal case to be of little complexity, it is not being properly investigated, endless unreasonable suspensions, the absence of the accused, and failure to take measures to compensate for damage. “All this may indicate the presence of fans of the RUSMIKROFINANCE Group of Companies in the Ministry of Internal Affairs. The case will soon be two years old, but things haven’t budged, "our source believes. The organization and control by the leadership of the Investigation Department of the Central Administrative District of Moscow and the Main Department of the City of Moscow does not contribute to an objective, complete and comprehensive investigation of the criminal case."

According to the interlocutor, the "right hand" of Viktor Vekselberg, Iosif Bakaleinik, is the ideologist of microfinance organizations in Russia. In addition to the financial pyramid Rusmikrofinance, Bakalynik was directly related to both Rusmikrofinance and the activities of the pyramid of LLC Microfinance Organization Home Money. As soon as the investigators got very close to him, the case arose.

Meanwhile, Bakaleinik and the company have successfully invested the funds of the investors of the RUSMICROFINANCE Group of Companies in the Skrepka service, MCC Goffman, through SIGNET CAPITAL LLC are placed on the stock market, and also specialize through FFF Asset Management Limited in obtaining absolute income and strategies for special situations in the financial markets, in the real estate sector and direct investment. Assets managed by FFF Asset Management Limited already exceed € 1 billion, including managed funds and customized portfolios for individual clients.

The remaining funds of the creditors, buried in the bankruptcy of the RUSMIKROFINANCE Group of Companies, continue to be taken away through LLC Gulden and Refinance ER EF.

As a reminder, on September 13, 2018, the Central Bank of the Russian Federation sent to the General Prosecutor's Office materials of the audit on the illegal activities of the Rusmicrofinance group of companies under the number No.

According to a Rucriminal.info source, the Prosecutor General's Office hid the materials, and then classified them, it is possible that the check was not carried out, and if it was carried out, then formally, without taking due measures of the prosecutor's response. It was during the "check" period that significant funds of investors were stolen, which gives grounds to assume that the General Prosecutor's Office, willingly or unwittingly, helped RUSMIKROFINANCE Group of Companies and persons associated with the theft of investors' funds.

First Deputy Prosecutor General A.E. Buksman stood up to defend the secrets. The materials are so secret that they are not even presented to the preliminary investigation bodies, which are investigating the criminal case. Or maybe there is nothing to transfer?

The criminal case was initiated on June 27, 2019, not thanks to the actions of the General Prosecutor's Office, but in spite of them, and not against the direct heads of the Rusmikrofinance Group of Companies, but against unidentified persons. The courts did not recognize the claims for the collection under the loan agreements in favor of the Cypriot companies, which, in particular, were headed by Bakaleinik? What forced him to demand the return of debt from individuals: Bernshatma and Mishin.

In this connection, the question arises, on what basis did the money from the RUSMIKROFINANCE Group of Companies go to Switzerland and Cyprus without any court decisions, under a similar loan agreement? If we follow the logic of court decisions, Cypriot companies financed the founders of the GC as individuals, which is very similar to a business covered by imaginary loan agreements, and then the co-owners of the business, hidden in this way, took the money of naive investors to accounts in Switzerland and Cyprus as their own.

Bastrykin's department believes that the Prosecutor General of the Russian Federation should sort it out, although the issue of the negligence of officials of the General Prosecutor's Office of the Russian Federation, thanks to which it became possible to steal funds from investors of GC RUSMIKROFINANCE, lies in the criminal law plane and requires a decision by the Investigative Committee.

Maybe the secret of the Prosecutor General's Office in the unexpectedly appeared billion euros from the newly baked Cypriot-Bermuda company, and Buksman and Bakaleinik's partner, Vekselberg, have known each other for several days.