"You don't want to take part in dismemberment, Brother"

Before his death, the victim of the gang Jaco had his face cut from neck to ear Rucriminal.info continues to publish materials of the case on the activities of the gang of Aslan Gagiev (Dzhako), which was distinguished by particular cruelty. Before his death, Jaco personally interrogated many victims, and at the same time very harshly. So, interrogating the "authority" Bekmurzov (Kip), Gagiev cut his face from neck to ear with a knife. Then he was killed, his head and arms were removed from the body. They were placed in plastic buckets and thrown away. Metal objects were attached to the body and thrown into the river. The remains were later found in the protective gratings of the Konakovskaya GRES in the Tver region. Before each bloody crime, Gagiev gathered family members (as he called the organized crime group) and told them a story in the spirit of "this is a battle for our lives and the lives of our families." Like, if we do not deal with the "enemies", then they will get us. In the case of Kipa, Jaco announced that the Family and its leader were in danger. "Authority" Oleg Gagiev (Bote) said that some "Kipa", "Lasha", "Gudzha" wanted to kill him Gagiev, their data AK Bekmurzov, LS Avlokhashvili, ET Dzukaev. In turn, Gagiev A.M. said that these people are unknown who they are. Bote replied that these people of North Ossetia were engaged in kidnapping and transferring them for ransom. Gagiev O.S., wanting to get the information of interest, taking a pre-prepared knife, cut A.K. Bekmurzov. left cheek from ear to chin. Gagiev O.S. Bothe's face was covered at the level of the lower part of the face, either with a scarf or with some kind of material. At one point he heard the words of “Kipa”, who told OS Gagiev that he recognized him. Gagiev O.S. "Bote" drew a knife from his trousers pocket and cut the left cheek of "Kipa" with the blade of a knife, which grabbed his face with his hands. The testimony of Robert Bagaev is at the disposal of Rucriminal.info and we publish them: And here is an excerpt from the testimony of another participant in the massacre - I. I. Zasseev:

“After the conversation Nikolaev M.K., Dudiy I.A., Staikhevich A.V. and Alymov O.N. A.K. Bekmurzov was taken away. down. After a while Gagiev A.M. instructed everyone to go down to the bathhouse, where he saw white plastic buckets covered with lids, there was blood on the floor. Nikolaev M.K. was next to the buckets and wrapped the lids of the buckets with tape. Solov Nikolaeva M.K. he understood that Bekmurzova A.K. at the direction of A.M. Gagiev, they killed, and the corpse was completely or partially dismembered by putting separate parts of the body in buckets. He himself is the corpse of A.K. Bekmurzov. did not cut, was in another room, carried out general observation on the territory of the base. From buckets with parts of the corpse of A.K. Bekmurzov. Nikolaev M.K. had to get rid of. Subsequently, from Gagiev O.S. he learned that he personally stabbed A.K. Bekmurzov. nicknamed "Kipa".

Rucriminal.info also cites a fragment of the testimony of the killer Yurtov, who helped get rid of Kipa's body.

“Those in the locker room were discussing how to get rid of the corpse and someone suggested tying metal channels to the body with adhesive tape, that is, corners with a field width of 50-60 mm, about 1 meter long, about 15 pieces, and two T- shaped metal products approximately 80-100 mm wide, approximately 1 m long, located in the workshop. The total mass of metal products was approximately 40-50 kg. He helped to turn the corpse and tie the channel to it. The corpse was already numb. All the persons indicated by them took part in this, but who did what specifically, no longer remembers. Further, all together carried the corpse out into the street and loaded it into a yellow-brown Ford minibus. The corpse was placed in the luggage compartment of the minibus. Yashkin E.I. got behind the wheel, he also remembers exactly that Nikolayev M.K., Beglaryan S.L., he, Staikhevich A.V., and about two other people who did not remember got into the minibus. They arrived at the Moscow Canal in the Dmitrovsky district of the Moscow region, through which a wooden pedestrian bridge was thrown, the entrance to the water was through a small slope. Snow was already everywhere, since it was winter, but in the middle of the canal there was a hole, it was there that the corpse was carried and lowered into the water, the corpse immediately went under the water under the weight of the metal channels. What was the depth of the hole is not known, since no one measured it. From the conversations of the persons traveling in the minibus, from several guys, he understood that the order to kill the man whose corpse was being disposed of had been given directly by A.M. Gagiev. He himself did not see him at the Base, but from those present there it is known that he was there and it was he who decided the fate of this man. Before the murder Gagiev O.S. cut this man's face with a knife. In the course of the investigation, he learned that A.K. Bekmurzov was killed. nicknamed "Kipa". When they returned to the Base, they immediately left with M.K. Nikolaev. When they were left alone with M.K. Nikolaev, taking into account previous friendly relations, he began to make claims to him that he had involved him in committing a crime. Nikolaev M.K. immediately showed him everything that he was provided with during the time that he was in the "Family", and he was not shy in expressions. He said he didn't want to get involved. Nikolaev M. said that since tells the "Family" about it, but at the same time suggested thinking about what would happen to him and his family, that they could share the fate of the person whose corpse they got rid of. The next day, SL Beglaryan talked to him on this topic, who suggested not to worry about this, since “their” Ossetian problems are being solved. He said that resolving issues in this way is an exception, now issues are resolved through money, the police. Beglaryan S.L. tried to calm him down, but, nevertheless, made it clear that he had no other option and he would not be able to leave the “Family” alive. " 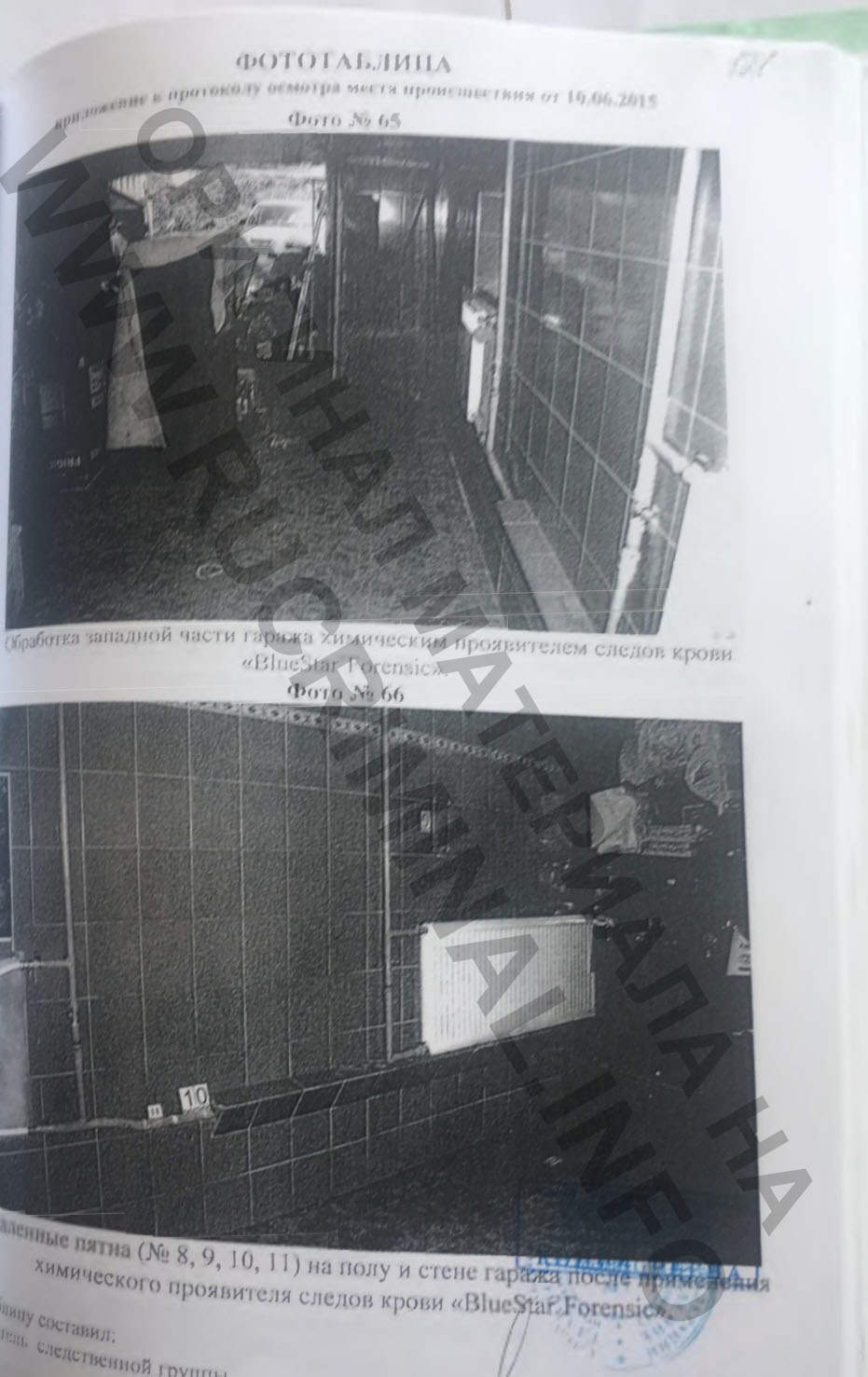