A member of the government turned out to be a former leader of an organized criminal group involved ... 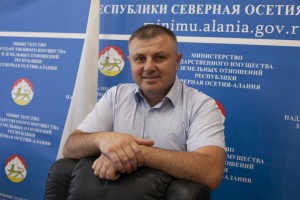 Ruslan Tedeev, Minister of State Property and Land Relations of the Republic of North Ossetia-Alania, was an active racketeer group. Moreover, he was involved in the brutal murder of an entire family. Despite the "iron" evidence in the early 2000s, Tedeev was never prosecuted. And now this man has become a minister. Details in the multi-part documentary investigation of Rucriminal.info. On May 21, 2001, in the village of Oktyabrskoye, North Ossetia, three people were brutally killed - two women and a man. Money, large quantities of gold items, etc. were stolen from the house. The victims were the father, mother and wife of businessman Yurik Dzagoev. During interrogation, he practically immediately pointed out the possible organizers of the attack - members of a racketeering gang. In his testimony, Dzagoev said that on the day of the murder, Dzasokhov B. and Tedeev R. came to his work and demanded money, but he refused them. Witnesses saw Tedeev at the house of the killed, his car was parked there. Tedeev himself, in his initial testimony, explained that he had come on the day of the murder to a neighbor, who denied this.

During the investigation, it was established that the current minister Ruslan Tedeev was the "roof" of Y. Dzagoev. He came to work on the day of the murder of Y. Dzagoev's family, asked for money, threatened, but was refused. According to witness statements, the car belonging to R. Tedeev was seen at the victim's house.

Tedeev was then in close contact with crime bosses such as Tedeev Arik and Bagaev Miron (the latter were engaged in kidnapping people, including children, for which they were killed by Gagiev's gang) and Ikaev Georgy, convicted of murder. In the course of the ballistic examination, it was established that the weapon used in the murder of the family was also used when Dzhigkaev T.Sh. was wounded in the leg. on Iristonskaya Street in Vladikavkaz, near the KBSP hospital. All of the above persons took part in the attack. However, the investigation into the murder of the family has now been suspended due to the impossibility of establishing the person subject to prosecution.

Rucriminal.info cites some documents from this case.

“On your separate order dated 16.07.2001. For No. 18, we inform you that Tedeev Ruslan Zaurovich…., owns a car VAZ - 21099 white, 1998 for personal use. , city center B70 .. 15 region. According to available information Tedeev R.Z. and Dzasokhov B.Sh. Dzagoev Y. G., and repeatedly visited the Dzagoevs' houses. It was established that B. Sh. Dzasokhov is in close relations with Irina Shavlokhova (Dzagoev's neighbor), B. Sh. Dzasokhov and R. Z. Tedeev at the above a / m periodically come to the sisters Shavlokhov.

Also in the Prigorodny district department of internal affairs there is information that Tedeev R. 3. involved in the murder of the Dzagoev family. Are Tedeev R.Z and Isaev G.A. familiar with each other? It was not possible to establish whether they have common acquaintances. Upon receipt of promptly significant information, the address will be notified immediately. "

“In my proceedings there is a criminal case No. 21/933 initiated on the fact of the murders of GA Dzagoev. Dzagoeva FB and Badtiyeva LB, which took place on 21.05. 2001 in the village of Oktyabrskoye on the street. Friendship 56 sq. 1 You know the details of this crime. The investigation established that the murder of all these persons was committed with a pistol "PM" belonging to Isaev Georgy Aslanbekovich, from which he was earlier 15.10. In 2000, on the territory of the KBSP of Vladikavkaz, he inflicted a gunshot wound in the leg to T.Sh. Dzhikayev.

On the same day, a relative of Ikaev G. A. Tedeev Arik Arsenovich, about 22 in the village. Zavodskoy Street 1 - Linnya inflicted a gunshot wound on MG Medoev from an unidentified pistol

From the response to a separate order received from the Prigorodny District Department of Internal Affairs, it follows that in addition to the main suspect in the case of Isaev G.A., a resident of the village - Kyambileevskoe Dzasokhov Batrazov ... is suspected of committing murders ... an attempt on his life, during which he inflicted a gunshot wound from an unidentified pistol he had and his friend Ruslan Zaurovich Tedeev, who were the roof of the murdered Dzagoev Yug's son, had access to the apartment of the killed and were aware that they had large sums of money and valuables ...