"Tagansky" will lead to Torshin and Yushvayev?

Spanish police recorded the connection of the arrested gangsters with the billionaire and the... 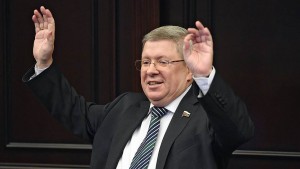 In Moscow detained the leaders of the Tagansky organized criminal group Igor Zhirnokleev and Grigory Rabinovich. They are accused of murder of the President of the Union of commodity producers of the food and processing industry Valery Zhuravlev. Zhirnokleev and Rabinovich were able to survive in the 90s, not to sit down in the 2000s and establish relations with many influential people. Therefore, the investigation against them will be extremely interesting. Your investigation against the leaders of the Tagansky OPG for several years has been and rucriminal.info. In the first place, it is based on the materials of "Spanish records". It was collected by the Spanish authorities in the course of the investigation against the former Junior partner of "Tagansky" businessman Alexander Romanov, who was convicted in Palma de Mallorca to three years and nine months in prison. Of materials in relation Romanova had provided thousands of pages of documents proving that Zhirnokleev and Rabinovich gangsters that output from Russia hundreds of millions of dollars involved in the murders and are associated with well-known Russian people. These documents and received in Russia and they are available rucriminal.info ahhh! In connection with the latest developments, we are starting to publish these materials. First, we will announce the "old", partially already published on our website. Including about relationships "Taganskaya" billionaire Gabriel by Usaeven and Alexander Torshin. The last long time was the 1st Deputy Chairman of the Federation Council of the Russian Federation, and then-the Deputy Chairman of the Central Bank. Torshin left this position in December 2018, just when he was already preparing the arrest of Zhirnokleev and Rabinovich.    And then we will move on to the materials of the "Spanish dossier", which the public has not yet seen.

"The criminal organization "Taganskaya" operates in the Moscow region since the nineties.

Its existence is recognized at the international level by law enforcement agencies and special services (Europol, FBI, etc.), as well as the fact that Igor ZHIRNOKLEEV is one of its main leaders.

Criminal activity of the organization includes: raider attacks, fraud in the banking sector, extortion, organization and execution of contract killings.

Under raider attacks means the assignment of violent or companies fraudulently.  Their forms include a wide variety of illegal mechanisms and tactics, including the use of violent methods, identity theft, falsification, bribery, physical intimidation and, in particular, murder. In some cases, the organization initiates a process in which companies are artificially forced to declare bankruptcy and then forced to sell at a very low price.

In many cases, it is a combination of tactics that require the participation of lawyers, corrupt officials and law enforcement officials, economists and other professionals to facilitate the appropriation of companies and the development of illegal business.

According to the "Spanish dossier", which is available and rucriminal.info after gaining control of the companies, the criminal organization sometimes emptied their assets and took possession of their property, and then left the company, while in other cases it kept the company under its control.

It is estimated that the number of members of the criminal group "Taganskaya" is more than 50 people. This organization is accused of organizing the following murders:

- Deputy head of the legal Department of the company "Univermag Moskva" A. N. Braluk,

One of the leaders of organized crime A. V. Selvan (nickname "Selvi").

Among the most significant for the case of crimes, which note the presence of "Taganskaya" should be listed:

A hostile RAID on the company "LB IKALTO".

In all these cases, Taganskaya acquired control and the right to own the above companies.

In addition to Igor ZHIRNOKLEEV, the main members of this organization shall be: Gregory RABINOVICH, Vladimir GREEKS and TIMURLANG ACADAMIC BAHRIDINOV.

. – IGOR ANATOLYEVICH ZHIRNOKLEEV, date of birth 29.12.195.., is the leader of this criminal organization, which is the most active in the Moscow region and has broad interests in various business sectors. The organization participated in" raider raids " on some companies on the territory of Moscow and used violent methods of struggle against its competitors, in connection with which a sufficient number of members of the organization, as a rule, carry weapons.

The main office of the majority of the companies controlled by it is located in Moscow and connected with the criminal organization by means of the GSK company (the General investment company) which shareholder is ZHIRNOKLEEV, and other company of RABINOVICH.

b. - GRIGORY Leonidovich RABINOVICH, date of birth 05.08.195..., is an active and significant member of the criminal organization "Taganskaya". He is under investigation in connection with the Commission of economic crimes for the organization. At least, he was a participant of three criminal cases:

- In 2000, the police Department for tax control of St. Petersburg opened a criminal case against the above-mentioned person in connection with tax evasion.

- In 2005, the Moscow police Department opened a criminal case against the above-mentioned person on charges of fraud.

- Was a suspect on charges of money laundering in the United States after the implementation of financial transactions for the deceased thief in law Vyacheslav IVANKOV.

RABINOVICH is a companion Igor ZHIRNOKLEEV, and both participated in the planning of the murder of Frank NEWMAN in 2005.

As Igor ZHIRNOKLEEV and Grigory RABINOVICH, Vladimir Mikhailovich GREEKS were involved in the raider attacks on a Moscow Department STORE in 2005.

As mentioned above, in 2009, the killers dealt with by the Deputy head of the legal Department of the Department store "Moscow" by Andrei Raluca. It happened at a time when Rabinovich and Zhirnokleev led operation for raider capture of "Department Store", and braluk really bothered them. The murder was actually solved. There was even testimony that Polycom disposed of by order Zhirnokleev and Rabinovich. But they went unpunished. Not only money, but also powerful patrons of Tagansky organized criminal group played the role. Two of them are called in the Spanish dossier. According to documents, padrino (godfathers) Tagansky are the current Deputy Chairman of the Central Bank of the Russian Federation Alexander Torshin and the authoritative billionaire Gabriel Yushvaev, better known in certain circles as Garik Makhachkala. The first supervised OPG through Alexander Romanov, and the second - through the banker Ilya Gavrilov.