"Will be the main evidence in the big" Rusnano case "

We publish the full list of "partners of Anatoly Borisovich Chubais" The Telegram channel VChK-OGPU and Rucriminal.info have already written about the greatest and failed scam associated with the privatization of Rusnano Management Company LLC. Today we will supplement everything that has been said previously with important details.

Earlier, the role of Nathan Shklyar, a partner of the American company "Bain" in Moscow, a representative of Bain's international practice in working with private equity funds, was unjustly kept silent. In vain, after all, it was Nathan's ideas to create a fund, collected "for Chubais" from public and private money, but managed by a private company, where Anatoly Borisovich himself is the key shareholder that charmed Chubais. 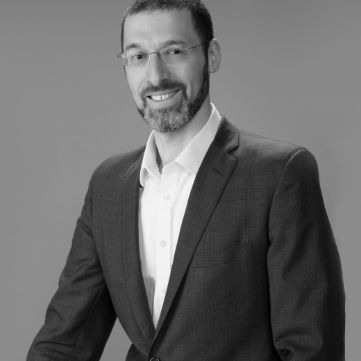 Nathan not only proposed the idea of ​​partnership, but at one of his personal meetings presented Chubais with a draft of the Partnership agreement, which includes the subject of the agreement, goals, objectives and even a mechanism for resolving disagreements between Partners through an arbitrator. The final version of the agreement was prepared by Rusnano's lawyers, Ruben Karlenovich Vardanyan was asked to act as the arbiter of the agreement. The document was prepared in the strictest confidentiality - so the draft agreement was not sent by mail, but passed from reception to reception in a sealed envelope.

However, Rucriminal.info sources know its content. According to them, the idea of ​​a written agreement did not make the Partners happy, but only the deputy chairman of the board of Rusnano Vladimir Avetisyan could refuse the boss, the rest accepted the rules of the game, although some with reservations: the deputy chairman of the board of RUSNANO Boris Podolsky was very proud of the trust and was ready sign an agreement in any edition. The cautious Oleg Kiselev thought for a long time: he consulted with the lawyer Asnis, carefully punctured the mood of other partners and timidly tried to put the brakes on the venture with partnership. But Chubais's assertiveness was always stronger than Kiselev's caution, and the agreement was signed, and A.B. Chubais, O. V. Kiselev, Yu.A. Udaltsov and B.G. Podolsky became Partners. Later, A.V. Trapeznikov, A.B. Kalanov and D.A. Pimkin. The partnership agreement signed by members of the Management Board of Rusnano and A. Chubais may become an important evidence of the prosecution in a large criminal case against Rusnano.

But the strange choice of Partners is striking and there is a desire to figure out why A.B. Chubais, surrounded by strong business partners in RAO UES of Russia, remained in such a not presentable company by the end of 2014?

Where did the RAO UES team go and why did the old energy partners not help Chubais develop nanotechnology?

V.G. Zavadnikov. In the summer of 1998, Valentin Georgievich Zavadnikov (Valya) was appointed Deputy Chairman of RAO UES of Russia, which came as a real shock to the venerable industrial generals from the power industry and left an indelible mark on the history of RAO UES. Firstly, it was Valya who introduced the practice of so-called “homework assignments, or in abbreviated form - DZ” - this is when the general director of an energy company is given a specific task to contribute cash to the corporate black box office. DZ transformed into a kickback system and by 2000 each contractor understood that from 10 to 30% of what was received under the contract would have to be returned. Probably, corruption to one degree or another has always been present in the energy sector: there were gifts from contractors and the appointment of the right people, but it was Valya who made it manageable from the very top. It was RAO UES of Russia that became the first company in Russia to completely take control of financial flows.

Secondly, the team. It was Valya who formed a block of managers responsible for reform and corporate governance: O. Oksuzyan, V. Sinyugin, Yu. Udaltsov, and others.

In September 2001, Valya left RAO UES for the Federation Council, but at the same time remained a member of the working group of the Presidium of the State Council of the Russian Federation on reforming the electric power industry.

Valya too quickly and swiftly went to the higher floors, and after that the scale of RAO UES, and even more so the scale of Rusnano, ceased to correspond to it.

M.A. Abyzov. In 2014 Abyzov M.A. He is also the Minister of the Open Government of Russia, he is always ready to support A. Chubais, and Chubais has always reciprocated him, but the partnership between Rusnano is far from the ambitions of the young minister. Melamed L.B., Urinson Ya.M., Rappoport A.N., Avetisyan are old and proven leaders who have worked a lot as deputies of Chubais A.B. in RAO "UES of Russia". All four took part in the work of Rusnano in one way or another.

Melamed L.B. was the first general director of the State Corporation "Rosnanotech" and after A. Chubais came to Rusnano, he could probably remain Chubais's first deputy if he wanted to. But he didn’t want to: at first, ambition and the erroneous bet on the fact that it was possible to control the flows of the corporation without being in its governing bodies. By 2012, I probably would have already returned, but a new team has formed in Rusnano with its own ideology of an “eternal fund”, which is different from the worldviews of L.B. Melamed. Chubais did not want to open a new dispute, and Melamed did not enter the partnership.

In 2014, Melamed L.B. supervised one of Rusnano's projects - the company HC Composite JSC and tried to find satisfaction in this.

Urinson Ya.M. Until the end of 2008, he carried out a special assignment from A. Chubais - in the status of the head of the Project Center, he "closed" RAO "UES of Russia" back office of the company. An absolutely loyal and trusted person, Urinson. nevertheless, he ceased to fit into Chubais's new, progressive ideas about the methods of company management and his functional responsibilities were gradually reduced: in 2010, first the financial unit was removed from his subordination, then the personnel management unit.

For family reasons, in 2011, J. Urinson moved to an advisor with very narrow and specific powers.

Rappoport A.N. he was not just a deputy chairman at RAO UES, but also a chairman of the board at the Federal Grid Company. Moreover, as the head of FGC UES, he held out the longest in the post-reform energy sector.

In 2012-2013, Andrei Natanovich managed to work as First Deputy Chairman of the Management Board of OJSC Rusnano, in charge of investment activities (in this position, he replaced Andrei Malyshev, who left the company due to disagreements with A. Chubais).

The arrival of A. Rappoport coincided with problems at the largest projects of Rusnano, such as: Usolye-Siberian Silicone, Plastic Logic, Liotech, Optogan, Mikron, etc. Personal Risks and Company Prospects A. Rappoport returned to the Skolkovo Moscow School, where he still works.

Avetisyan V.E. - Samara businessman, drafted by V.G. Zavadnikov, first to manage the energy sector of the Samara region, and then the entire Volga region. In 2004, V.E. Avetisyan moves to Moscow and becomes one of the key leaders of RAO UES, he heads Business Unit No. 2, and at the same time creates the Quartz group of companies on the fragments of repair subsidiaries spun off from regional energy companies. After the reorganization of RAO UES of Russia, Avetisyan V.E. works in the Russian Technologies State Corporation, where he oversees energy conservation and energy efficiency projects. Obviously, the arrival of V. Avetisyan in Rusnano was a matter of time, and such a arrival took place at the end of 2013 .. It took experienced Avetisyan 2 months to assess the state of affairs: “There is no money, there are no prospects, too, there is nothing to catch here.”

The disappointment was mutual: Chubais sincerely did not understand why his old comrades-in-arms, accustomed to and capable of solving complex managerial problems, after working from 2 months to a year, fled from Rusnano at breakneck speed. Chubais was already forming a new team in a state of "time pressure", and it was not an easy task: the power engineers disappointed, seasoned investment managers bypassed the state-owned company - they knew too well the principles of Rusnano's investment in the market and adequately predicted the future of the corporation, young and ambitious investment directors received their first experience and fearing to lose their reputation, they tried to go “into the market”.

However, A. Chubais created his own team. I worked. Where to attach bonds now?