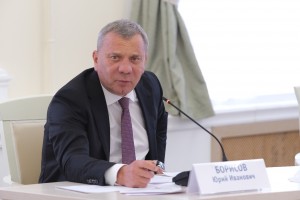 Sources of the VChK-OGPU telegram channel and Rucriminal.info spoke about the branched "family" schemes in the defense industries, created in the interests of Yuri Borisov, the former defense industry curator with the rank of deputy prime minister, and now the head of Roskosmos. The schemes became possible thanks to the pricing methodology approved by Borisov in the execution of government contracts under the control of his son, Borisov Alexander Yuryevich. The mark-up applied by A. Borisov's companies, depending on the specific contract and industry, varies from 100% to 250% of the cost. Sources claim that with an objective consideration of applicants for the execution of the state order, Borisov's companies would not have passed the tender conditions, however, due to patronage and lobbying on the part of Yu. are selected as a supplier (contractor), either on a non-alternative basis, or as a result of tenders on a formal basis with a predetermined result. This happens even in cases where some of the mentioned legal entities do not meet the requirements of the law for tender participants.

In particular, SDK LLC, under an agreement dated 03/15/2021, within the framework of the State Defense Order, determined the cost of supplying two ship thrusters for a ship of project 23900, which is being built at Shipbuilding Plant im. B. E. Butomy (Kerch) 163,512 thousand rubles. An expert assessment based on an analysis of data on the cost of production gives a different price for these units - no more than 50 million rubles. But even with such an overpricing, the contract is not executed on time, and the quality of the materials used does not meet the standards.

The withdrawal and legalization of the funds “sawn” in this way (the difference between the contract price and the actual cost) in the amount of more than 100 million rubles was carried out through counterparties - foreign companies Jannot Group Sarl (Morocco) and ATA Gears Ltd (Finland).

According to a Rucriminal.info source, a similar scheme was also applied in the implementation of another State Defense Order contract - the supply of rudder propellers for a Project 412 ship to the Yaroslavl Shipyard by A. Borisov's Mekhanika-R company in the amount of 114 million rubles. The advance payment in the amount of about 105 million rubles (95%) was completely withdrawn, and Mechanics-R itself was liquidated. The management of the YaSZ informed the source that they were ready to participate in investigative actions and give detailed evidence in relation to Borisov A.Yu.

An extremely negative attitude towards the participation of SDK LLC and other companies of A. Borisov in the projects of the Russian Navy was repeatedly expressed by Vice-Admiral Mukhamedshin, Head of Shipbuilding, Armament and Operation - Deputy Commander-in-Chief of the Russian Navy and Captain 1st Rank Shigapov - Head of the Shipbuilding Department of the Civil Code of the Russian Navy. They regularly raise the issue of excluding SDK LLC and other structures controlled by Borisov from the register of suppliers under contracts for the Russian Navy. Justifications: delays in deadlines, unsatisfactory quality of products, unreasonable rise in the cost of projects. However, R. Mistakhov, General Director of JSC United Industrial Corporation AK Bars, beneficiary of the shipyard named after. Butomy, considering the demands of the Navy to be absolutely correct, does not dare to satisfy them, fearing administrative pressure and blocking new contracts from the JSC USC, whose leadership was controlled by Borisov until recently.

Recently (since August 2022) A.Yu. Borisov, according to Rucriminal.info sources, plans to start reorienting his companies to other areas, in particular, those related to the fuel and energy complex and the production of UAVs. Schemes are being worked out for involvement in government contracts through the Roscosmos Group of Companies through the selection of performing units - the registration of new legal entities, the indirect purchase of those already involved in the market - in order to mask their personal participation in these processes as much as possible. According to some reports, in March-April, A. Borisov acquired foreign citizenship, having received a foreign passport through an investment line, presumably from Panama, which makes it necessary to include him in the list of citizens with a special regime for crossing the state border.