Funds for a secret drone invested in London

Defense deputy found an OKB contractor with his English family 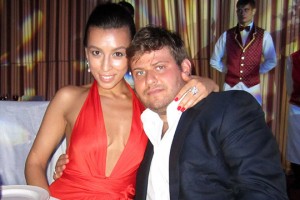 A businessman, a British citizen Dmitry Tsvetkov, the son-in-law of a State Duma deputy from United Russia, a member of the Defense Committee of Rinat Khairov, has been put on the wanted list. This was announced by the telegram channel VChK-OGPU. Earlier (from 2007 to 2010) Khairov was an adviser to the Minister of Defense of the Russian Federation Anatoly Serdyukov. Tsvetkov is a defendant in the case of large-scale embezzlement of funds of the NPO Experimental Design Bureau named after MP Simonov "(OKB" Sokol "). We are talking about the funds allocated by the state for the creation of a reconnaissance and strike unmanned aerial vehicle (UAV). Part of this money went to accounts associated with Tsvetkov in England, where he has long lived with his wife, the daughter of the deputy Khairova Elsina. Elsina is also a British citizen. Rucriminal.info has at its disposal an extremely interesting document. In 2011, OKB "Sokol" won the competition announced by the Ministry of Defense of the Russian Federation for research work on the creation of an apparatus weighing up to 5 tons in the amount of 1 billion rubles. We are talking about a classified project - reconnaissance and strike unmanned aerial vehicle "Altair". The contract was signed under the Minister Anatoly Serdyukov, in which Khairov was an adviser, at that moment Khairov himself was a member of the Defense Committee of the State Duma of the Russian Federation. He is a deputy from Tatarstan, where the Sokol Design Bureau is located. OKB "Sokol" hired the firm "Miltek" as a contractor. And Miltek attracted a subcontractor - the British firm Hegir Advisory Limited in London, controlled by the deputy's daughter Elsina Khairova and his son-in-law Dmitry Tsvetkov. It is Tsvetkov's signature that stands under the agreement with Miltek. In the Altair project there was a reservation that in the future it is possible to create a drone for peaceful purposes. As a result, Miltek allegedly had to take part in the development of separate parts for drones that would be used in the oil and gas sector. And Hegir Advisory Limited was engaged to "coordinate the interaction of Miltek with foreign suppliers of individual parts of components of lethal objects, research centers, marketing agencies, providers of legal and consulting services." In total, Miltech transferred 13.5 million euros and 1.6 million pounds sterling to Hegir Advisory's bank account with Barclays Bank. In the West, Dmitry Tsvetkov and Elsina Khairova are unknown as participants in the development of drones, but they are well known as buyers of expensive real estate in England, Cyprus, the United Arab Emirates, etc. And the couple's partners are very interesting. To understand what work Hegir Advisory Limited “did” to create a drone for 13.5 million euros and 1.6 million pounds, Rucriminal.info quotes an excerpt from the scandalous agreement. “Miltek is a contractor of the Sokol Experimental Design Bureau (OKB), registered in the Russian Federation, in terms of the development of ultra-light composite materials - individual components for flying research facilities used in the oil and gas industry.

Hegir is a consulting company and, within the framework of this Agreement, acts on the basis of Miltek's instructions to coordinate Miltek's interaction with foreign suppliers of individual parts of components of lethal objects, research centers, marketing agencies, legal and consulting services providers.

The PARTIES have agreed as follows:

On the basis of instructions and at the expense of Miltek, within the framework of this Agreement, Hegir undertakes to carry out the following actions:

Engage specialists to carry out work within the framework of the terms of reference, which is an integral part of this Agreement;

Carry out other actions on behalf of and at the expense of Miltek, which are formalized by additional agreements to this agreement. "