North Ossetia found itself on the brink of a social explosion. Over the past 4 months, about 5 thousand employees of seven distilleries of the Republic have been on the street. Enterprises suddenly found themselves under the threat of stopping just because a group of people who are employees of Rosspirtprom and ROSALKOGOLREGULROVANIYA (RAR), using their official position, want to crush all alcohol production not only in Ossetia, but throughout Russia. But the most painful blow will be inflicted precisely on Ossetia - there is no such number of factories and, accordingly, their workers anywhere in the country.

Surprisingly, only three enterprises remained afloat - LLC "Prestige", LLC "DDD" and the plant "Miranda". And if the first two are officially subordinate to Rosspirtprom, then the management of Miranda is simply very good relations with Yablonsky Anatoly Vladimirovich. Namely, he is now driving many processes in the alcohol business. “If the plant wants to work, then all the equipment must be reissued to the specified persons, and then the plants will be loaded with orders, and they will not interfere with the license. Plus, give 75 percent of the profit every month, 25 percent remains to the owner of the enterprise, - the source told Rucriminal.info, - On such conditions, hardly anyone can agree, only those who are afraid, and who have no options, having loans, they must be provided! Therefore, they agree to such work. "

The production of ethyl alcohol is traditionally developed in the Republic of North Ossetia-Alania. There are 9 factories on the territory of the Republic that have valid, expired and suspended licenses of the FS RAR.

According to Rucriminal.info sources, ROSSPIRTPROM JSC, using illegal methods of pressure, requires participants in the alcohol market to conclude fictitious and enslaving agreements with two goals - unjustified enrichment and restriction of freedom of entrepreneurship, which is expressed in preventing the supply and purchase of alcohol based on the principles of market economy and fair competition.

AO ROSSPIRTPROM allegedly acts as an intermediary between suppliers and buyers of alcohol. This practice has been in effect since 2015, when JSC ROSSPIRTPROM, in close cooperation with the federal service ROSALKOGOLREGULROVANIE (FS RAR), invented and implemented a scheme of illegal extortions and restrictions on alcohol supplies.

The factories-producers of alcohol that refused to pay to this organization, and the buyers who agreed to buy it from them, immediately find themselves under pressure from the FS PAP, which uses illegal methods to revoke their licenses.

The tandem of FS RAR and JSC ROSSPIRTPROM arose under the previous leadership of FS RAR, Mr. Chuyana I.P., who became famous as a likely organizer (the investigation in the criminal case has not yet been completed) of illegal schemes for evading the payment of excise taxes, the use of counterfeit FSM and counterfeit alcohol, presumably earned billions of rubles and went abroad to emigrate, where he is hiding from the investigating authorities of the Russian Federation to this day. 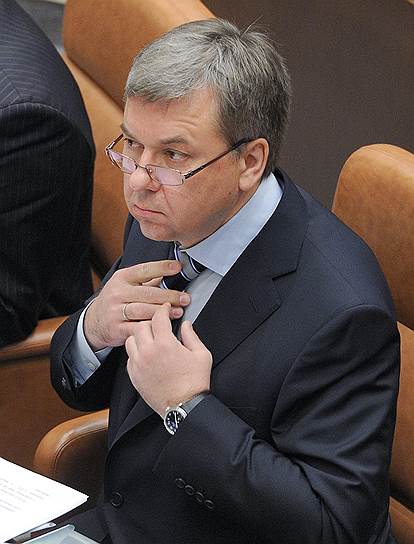 Under I.P. Chuyan, both structures were instruments of manipulation in the alcohol market with the aim of illegal enrichment and, as a consequence, causing damage to the state.

Much time has passed since the change of leadership, but the situation has not changed for the better. As before, the employees of JSC ROSSPIRTPROM continue to act in the same way as it was under their former leader.

According to a Rucriminal.info source, employees of ROSSPIRTPROM JSC, Elena Manokhina, as well as Vladislav Filonov, Valery Bakaras, Alexander Lebedev, are actively putting pressure on decision-makers in organizations that buy alcohol. In particular, in telephone conversations with officials of organizations purchasing alcohol, they insistently recommend not to conclude contracts for the supply of alcohol with enterprises that are not members of KONTUR. Moreover, in case of ignoring their recommendations and concluding supply agreements with enterprises that are not part of KONTUR, these officials make very unequivocal hints about possible problems that the “disobeying” may have with the FS RAR.

Elena Manokhina has been working in the structure of JSC ROSSPIRTPROM for a long time. Even when the former head of the RAR FS, Igor Chuyan, she worked in this structure and absorbed all the principles of the then leadership. With the arrival of the new leadership, having received a noticeable promotion, Elena continues to apply the established practices of putting pressure on market participants, directly threatening with sanctions from the federal state body, which, perhaps, does not even know about it.

According to the source, the above-mentioned employees of JSC ROSSPIRTPROM mislead those who make decisions on alcohol purchases and force them to conclude transactions on unfavorable terms.

Such a SCHEME directly contradicts the provisions of Federal Law No. 135 "On Protection of Competition", since it restricts the fundamental rule of the law - competition - rivalry of economic entities, in which the independent actions of each of them exclude or limit the ability of each of them to unilaterally influence the general conditions of circulation goods on the relevant commodity market, and also creates discriminatory conditions - conditions of access to the commodity market, conditions of production, exchange, consumption, acquisition, sale, other transfer of goods, in which an economic entity or several economic entities are placed in an unequal position in comparison with another economic entity subject or other business entities.

Using its monopoly position in the market, ROSSPIRTPROM JSC engages in unfair competition - any actions of economic entities (groups of persons) that are aimed at gaining advantages in carrying out entrepreneurial activities contradict the legislation of the Russian Federation, business customs, the requirements of integrity, reasonableness and fairness and caused or may cause losses to other business entities - competitors, or have caused or may harm their business reputation.

Naturally, such activities of ordinary performers cannot be carried out without the connivance of the top management of ROSSPIRTPROM JSC. In addition, the dubious activities of this organization are fully supported by the officials of the FS RAR in the person of Alexey Sinitsin (head of the planning department). It is at the filing of Sinitsin that RAR raids are carried out on enterprises, which are pointed out from JSC "ROSSPIRTPROM" in order to search for any grounds for suspending their activities. In the North Caucasus Federal District, raids on enterprises are led by Andrey Medved, the head of the RAR regional department. FS RAR uses legislation in such a way as to make it impossible for those who refuse to pay tribute to work and try to operate on the market independently, based on the principles of healthy competition.

Today, on the basis of JSC ROSSPIRTPROM and FS RAR, a shadow structure is again actively working under the leadership of businessman Anatoly Yablonsky, who is associated with the management of JSC ROSSPIRTPROM, officials of FS RAR.

At the same time, on the territory of distilleries belonging to the state enterprise JSC "ROSSPIRTPROM" - LLC "PERSTIZH", LLC "DDD", as well as on the territory of the distillery LLC "MIRANDA", it was found that the distillery stillage is not processed, in liquid form is discharged into tank cars and taken out of the factories in an unknown direction. Moreover, the Terek River has pipelines laid from the territory of PERSTIZH LLC and DDD LLC. Through these pipelines, the liquid fraction of post-alcohol stillage - centrate enters the river. Discharge of untreated alcohol production wastes into the river is prohibited and causes environmental damage to the ecological environment of the river and adjacent territories.

The collected materials indicate that these organizations violate the current legislation, cause environmental damage to the ecosystem of the region and threaten the life and health of citizens with their activities.