Advisor to the Prosecutor General for a thief in law

How the murder of lawyer Zurab Tsereteli was "hushed up" Rucriminal.info continues to talk about how the mafia took over its headquarters - the building of the former Golden Palace casino. It was there that thief in law No. 1 Zakhar Kalashov (Shakro Molodoy) “sat” before his arrest. In 2000, Shakro, together with his "right hand" Konstantin Manukyan and Co., seized two of the largest casinos in the capital - "Crystal" and "Golden Palace". They made the last institution their headquarters. They were helped by a huge group of security officials, including Interior Ministry General Alexander Orlov and Dmitry Zakharchenko's teacher Dmitry Zabednov. 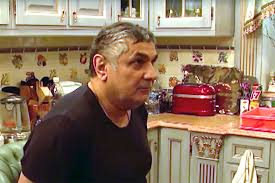 They opened a fictitious case, broke into the casino under the pretext of searches, removed the owners' security and placed Shakro's militants there. So institutions were under the control of the "thief in law". The real owners are trying to fight. Then the bandits kidnapped and killed in Moscow the lawyer Dukhnov, who represented the interests of Zurab Tsereteli, the co-owner of Kristall. He had the originals of important documents with him. The main owner of the casino, US citizen Alex Crane, is kidnapped and killed in Georgia. The operation was personally supervised by Shakro. And another owner, Karlen Azizbekyan, was prosecuted, which the State Investigative Directorate of the Investigative Committee of the Russian Federation in Moscow has already recognized as "ordered". At that time the investigator of the Prosecutor General's Office, Atmonev, initiated the case. He also took the materials about the murder of Dukhnov and stopped the investigation under the pretext that the body had not been found, which means that there was no murder. After all this history, Atmonev's business went only uphill. In recent years, he was an adviser to Prosecutor General Yuri Chaika, and even after Chaika left, he remained in office. Details are from the materials of the Main Investigation Directorate of the TFR in Moscow and the statements of the victim, which are published by Rucriminal.info.