How they hunted for the secret treasury of bankers

"FSB officer" cemented in a barrel On September 7, a preliminary hearing on the case against the leader of one of the bloodiest gangs Aslan Gagiev (Dzhako) will be held at the Southern District Military Court. Jaco is accused of leading a criminal community and the murders of six people.

According to the investigation, Gagiev wanted to establish a dominant position in the criminal environment of North Ossetia by creating three armed gangs on the territory of the republic, which entered his criminal community. The gangs were led by previously convicted Oleg Dzarahokhov, Bakhrom Sekinaev, as well as Denis Kokoev, who is now on the international wanted list. In 2012-2013. at the direction of Gagiev in North Ossetia, gang members killed Taimur Kadzaev, Valery Laliev, Alan Torchinov, Aslan Torchinov, Albeg Playev and Oleg Oziev (at the time of the murder he was the deputy prosecutor of the Industrial District of Vladikavkaz).

This is only a small part of the murder of Dzhako's organized crime group, in reality there are more than 60 of them. In the gang of Aslan Gagiev (Dzhako), the functions of the financier and the "right hand" of Dzhakr were performed by Arkady Berkovich. According to the telegram channel VChK-OGPU, it was he who ordered the murder of bankers Alexander Slesarev and his family, Dmitry Plytnik, Oleg Novoselsky. After Berkovich was detained at Vnukovo airport, where he arrived on a private board (with a fake Bulgarian passport), he was sent to the Vladikavkaz pre-trial detention center. And immediately very high-ranking walkers began to come, who tried to organize the release of Berkovich. Then it did not work, but after a year and a half Berkovich was released and is now at large.

At one time, the treasurer of the mafia Arkady Berkovich (formerly Arthur Khabibullin) brought a lot of money to the National Capital bank, and then transferred 300 million rubles to the bank of Alexander Slesarev Kredittrast, this amount hung there. Slesarev proposed to pay off the bank's assets with Berkovich (transfer loans under cession agreements). To analyze loans, check documents and prepare cession agreements, a group of employees of National Capital JSCB headed by Dmitry Plytnik and Philip Degtyareva began to visit Credit-Trust. As a result, they became friends with Slesarev and helped him organize a scheme to withdraw all the funds of Credittrust and Sodbiznesbank from Russia. They went to the accounts of Europe of offshore companies, which were previously controlled only by Plytnik, and after they met, control over them was transferred to Slesarev. In the National Capital, they gave illiquid assets, loans that are not realistic to get back.

According to Rucriminal.info, when Berkovich found out about this, he told Jaco and the fate of the bankers was decided. First, Plytnik was kidnapped. He was tortured for a long time, forced to sign a bunch of documents giving access to the accounts of offshore companies. Next, Aleksandr Slesarev and his family were shot, who could have prevented access to the money withdrawn to the accounts of offshore companies.

In the spring - early summer of 2005, at the "Poplavok" restaurant on Chistye Prudy, the co-owner of the National Capital Alexander Shevchenko met with businessman Pavel Svirsky, who at that time worked in conjunction with Dzhako and Berkovich, and one law enforcement officer. They persuaded Shevchenko to withdraw money from the National Capital Bank and go to work with Degtyarev at the Kutuzovsky Bank, whose chairman of the board was Oleg Novoselsky, Berklovich's friend and his partner in dark financial affairs. And not only financially. Novoselsky took part in the preparation of the elimination of the Slesarev family.

After Shevchenko's refusal, they began to threaten him with a criminal case in the Basmanny Prosecutor's Office. Then a criminal case was opened against him 3127 under Art. Part 4 of Art. 159 and Clause "b" of Part 3 of Art. 163, squeezed out of the country. In 2016, the case was dismissed for lack of corpus delicti.

Seeing all this, knowing who was behind the murders of the Plytnik and the Slesarevs, Degtyarev was ready to carry out any instructions from Berkovich and Gagiev. They instructed him to withdraw assets worth 1.5 billion rubles from the National Capital to Oleg Novoselsky's Kutuzovsky. When Degtyarev did this, he was also kidnapped and killed.

And then it was the turn of Novoselsky, who knew too much. 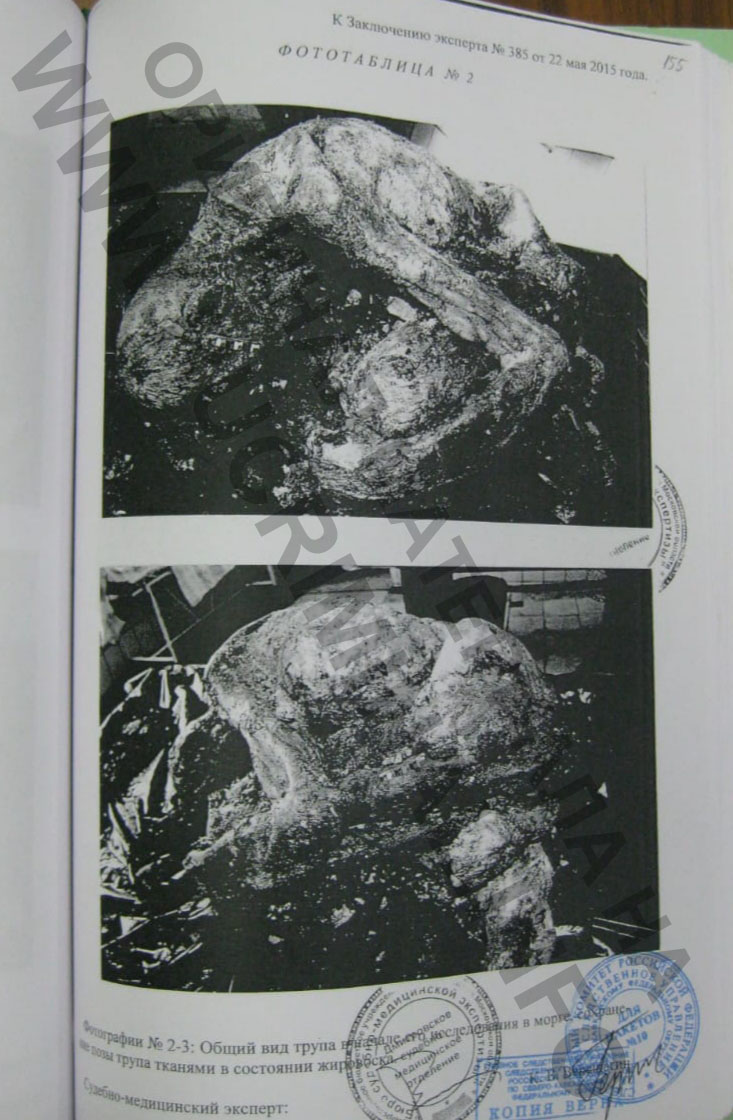 Oleg Novoselsky, who owned a number of private security companies, was, among other things, responsible for the organization of wiretapping and surveillance in Dzhako's organized criminal group, and was closely associated with representatives of the FSB of the Russian Federation. In Dzhako's gang, most of the participants believed that Novoselsky himself was an employee of the FSB of the Russian Federation, since he actually conducted operational activities. On December 30, 2005, Gagiev invited Novoselsky to a meeting at the FLC office. There he was handcuffed and interrogated for a long time. Then Novoselsky was killed, and the body was filled with cement in a barrel, which was thrown into the Volga River. The car of the "employee of the FSB of the Russian Federation" was cut into small parts with a grinder and scattered around the Moscow region.

Rucriminal.info publishes the testimony of Oleg Novoselsky's wife, which shows how Berkovich "courted" her after her husband disappeared.

“Two weeks after the disappearance of Novoselsky O.A. unknown people began to approach me and demanded money from me in the amount of 20 thousand US dollars to 1.5 million US dollars, allegedly for the debts of Novoselsky O.A. Naturally, I didn't know anything about it, I didn't have that kind of money, my daughter and I lived on our savings, I sold our shared Mercedes E-class and BMW-330 cars, and we lived with this money. I also used the car of O.A. Novoselsky at that time. BMW X5, then I sold it.

The closest friend of Novoselsky O.A. during his lifetime, the last two years was Berkovich Arthur, as Oleg called him. What they had in common, I do not know. Around May-June 2005, I found him in the kitchen at night, O.A. Novoselsky. I was sitting in headphones with some kind of laptop-type suitcase and listening to something, when I entered, he quickly folded everything up and we went to bed. He never left this suitcase at home, after the disappearance of Novoselsky O.A. I never saw this suitcase again.

About two weeks after Oleg's disappearance, A. Berkovich called me and offered to meet. He told me to come to a certain place, which I no longer remember, where I left the car, a man of above average height, normal physique, short hair, an elongated face, bright eyes, I don’t remember any other signs, came up to me, but if I see, I can to know. He introduced himself as Leonid, said that from Aptur, we got into his car, I don't remember the make and number, we got to the Garden Ring in Moscow, got out of the underground passage, crossed to the other side. We moved to another car, a Toyota Land Cruiser 100 or a black Lexus, I don’t remember the license plate, the driver was not small in stature, with a strong build. We drove through the courtyards towards the Novoslobodskaya metro station, stopped, walked some more distance and came to the Muscat cafe. Berkovich A. was there, Lenya left. A. Berkovich began to ask if Oleg had appeared, had he called, how the investigation was going, what the police asked me, I told him everything, also told that Oleg had a mistress of Tikhomirov E. He gave me a mobile phone “Nokia flashlight "With a SIM card" MTS ", I don't remember the number, in which two numbers of A. Berkovich and Leni were entered. I was told to call only them from this phone. Also, A. Berkovich gave me $ 10,000 and said that he had settled Oleg's problems with the watch he took, as I understood it for implementation. He behaved like a friend of Oleg, who remains his friend and closes his problems. Such meetings were with A. Berkovich at least three times, the conspiratorial nature of the meetings and the nature of the conversation were similar to the first. We met with Lenya more often, as a rule, in the Buk cafe on Tsvetnoy Boulevard, he also asked me for information about Oleg and, as I now understand, controlled my actions.

After about 3 months, their contact with me ceased. The last time my daughter and I saw Arthur Berkovich was at the Probka restaurant on Tsvetnoy Boulevard, where he was with his wife and some married couple, he came up, asked about something and we parted.

For several years, some people told me that they saw Novoselsky OA somewhere. in various places in Russia and abroad. I believed that Novoselsky O.A. alive, but for some reason does not give news of himself. After about 4-5 years, I divorced O.A. Novoselsky. through the court, naturally, because she did not know that he was dead.

From the investigator I learned that Novoselsky O.A. killed, found his corpse. I do not know why, according to the results of the examination, it turned out that my daughter Novoselskaya N.O. is not his daughter. Despite the fact that before the death of Novoselsky OA, there were disagreements between us, his death caused me physical and mental suffering, - moral harm. Perhaps Novoselsky O.A. having learned that we were in danger, he deliberately distanced himself from us. "