How did the largest Moscow organized crime group 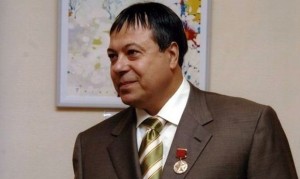 Rucriminal.com continues to publish materials from the Interpol report, which includes intelligence information, reports from national bureaux of different countries, wiretapping materials and surveillance of natives of the Russian Federation (primarily members of the Solntsevo group) and related persons among them which are a lot of big businessmen, former and current officials. In the sixteenth article Rucriminal.com will tell you how the Solntsevo OPG was born and how Sergey Mikhailov became its leader.

The name of the grouping "Solntsevskaya" comes from the name of the southern region of Moscow where it is based - Solntsevo. According to the Interpol NCB in Washington, the Solntsevo group emerged during the Soviet era, when the government expelled criminals in Solntsevo, which at that time was a remote suburb of Moscow. Over time, the city grew, and reached Solntseva, and the criminals evicted there created an organized grouping58. According to the data received from another source before becoming a district of Moscow, Solntsevo was a small adjoining city. Half of the oldest leaders of the group are former sportsmen who trained in Solntsev's sports clubs and played cards together. They began to take part in criminal activities, were imprisoned and, after liberation, began to create small criminal groups59.

In accordance with information obtained from open sources, MIKHAILOV created the Solntsevo grouping together with Sergei TIMOFEEV * (also known as Sylvester) in 1984 in Moscow. AVERIN and LUSTINARN started creating a team of card players (card fraud) in Vnukova district. They played on MIKHAILOVA. In early 1988, the brigade consisted of 30 members. Approximately at the same time, the word "roof" entered into use. Then they began to engage in robbery and to extort money from persons engaged in petty street commerce.

According to data obtained from the NCB of Interpol in Moscow, on May 18, 1988 in Moscow, a group of about 30 people attacked policemen detained near a supermarket by a group of street swindlers. May 31, 1988 in Moscow on police again was attacked near the supermarket. On July 4, 1988, there was an armed clash with another criminal group, consisting of people of Azerbaijani origin, in which several people were injured. On the same day in Moscow a group (numbering about 150 people) made a series of hooligan tricks.

The force that the organization possessed began to attract other criminal groups, such as Kazan, Kuznetsk, Strogin, Tushino, Krasnogorsk, Zelenograd, and other small groups that controlled various areas of Moscow. Then the group began to control other areas, such as Pushkino and the vicinity of the Vnukovo airport. According to available information, the Solntsevo group carried out its activities in close cooperation with the Tagan and Lyuberetsk factions. In addition, they eliminated the leaders of competing groups, absorbed their members and gained control over their territories.

The Solntsevo group also had connections with other criminal groups, such as Izmaylovo, Arkhangelsk, Podolskaya, Ossetian and Vietnamese.

According to available information, the group had a private detective agency, a security company providing bodyguard services, a network of informers inside the police structure66. It included athletes, waiters and taxi drivers who participated in robbery attacks using sleeping pills, card fraud, street attacks, hijacking vehicles and extorting money from persons engaged in petty street commerce.

In 1989, the Solntsevo group consisted of about 10 small brigades, each of which consisted of 30 leaders and 300-500 active members. Sergei TIMOFEEV had his own organization, called Orykhovskaya or Timofeevskaya. TIMOFEEV and MIKHAILOV were friends. Boris Antonov, athlete of the club "Sambo 70", also had a brigade, which consisted of about 30 people. ANTONOV worked with TIMOFEEV. In 1989, MIKHAILOV and TIMOFEEV were arrested, and ANTONOV worked for MIKHAILOVA until the release of Timofeev. MIKHAILOV ordered his organization to allow the Solntsevo group to disappear, and asked its members to split into other groups. Between 1989 and 1991, the criminal activities of the Solntsevo group were minimized. In 1991, after the release of MIKHAILOV, all the leaders of his brigades met with representatives of other brigades (1,000 people). MIKHAILOV divided the nut group into 2 parts, with one half taken to himself. TIMOFEEV remained in prison for another 6 months. In 1992, after the release of Timofeev, his talks with Mikhailov took place. MIKHAILOV suggested that he become the leader of one of the brigades. TIMOFEEV refused. TIMOFEEV gathered 10 organizations on the principle of equality of their leaders, among them was the brigade of Boris Antonov, the Tagan group, led by KALEDOV named Guba (no ICIS data), and the Lyubertsy group. TIMOFEEV was the main leader, and ANTONOV was his right hand.

MIKHAILOV wanted to eliminate TIMOFIEVA in order to gain control over the Moscow region. For this, he instructed Sergei BUTORIN (1) to organize the murder of Timofeev68.

Analyst's note: Sergei Ivanovich Timofeev, who also was declared "Sylvester" dead as a result of an explosion of a car bomb in Moscow in 1994. 69

(1) Russian citizen BUTORIN Sergei Yuryevich was born on November 9, 1964 in Russia. Known also under the name KARSLIEV Yakim, born January 30, 1964, nicknamed "Osya", "Stepa", "Stepan", "Ostap", against which the Interpol Central Bank in Moscow, July 3, 2000, was issued an international warrant for arrest , for the organization of murders committed in 1995-1998. As is known, BUTORIN was also the organizer of the attempt on Boris Berezovsky, as a result of which his car was blown up in Moscow in 199471. He is the leader of the Walnut criminal gang. Members of this group are arrested. BUTORIN himself was arrested in Spain on February 14, 2001. 73

Additional information can be obtained in accordance with a request sent to the Interpol General Secretariat.

At the end of 1989, the organization, headed by MIKHAILOV, AVERIN and TAMM Arnold, controlled almost all of Moscow.74

In late 1992 - early 1993, several meetings were held in Austria and Germany of representatives of Colombian, Italian and Russian criminal groups whose purpose was to solve problems associated with the trafficking of cocaine. IVANKOV asked Antonov to take control of the traffic of cocaine from Colombia to Russia, but ANTONOV refused. Then the control over the traffic of cocaine was taken by MIKHAILOV75.

Approximately in 1993, in view of the increased pressure from law enforcement agencies, MIKHAILOV and AVERIN left for Vienna, arriving there with 10 suitcases containing 40 million shillings. On arrival in Vienna, they were met at the airport by three cars belonging to the Russian embassy. MIKHAILOV left the organization in Moscow under the guidance of proxies and managed its activities from Vienna76. In the 1990s, a "branch" of the organization was created in Israel, which was headed by MIKHAILOV and his two deputies, Victor AVERIN and Arnold TAMM. Later they immigrated and became citizens of Israel. In fact, MIKHAILOV did not feel safe in Vienna (Austria) .78 MIKHAILOV and AVERIN received licenses for the possession of firearms on the same day and, in order to acquire Israeli citizenship, formalized fictitious marriages with Jewish women in Budapest, Hungary. Both never appeared in the Ministry of the Interior, so no documentation, which to some extent concerned them, can not be found79. Later, the Israeli citizenship of MIKHAILOV was declared invalid. All three MIKHAILOV, AVERIN and TAMM left Israel.