Sniper from the State Duma

Why are contract killings not solved in St. Petersburg? 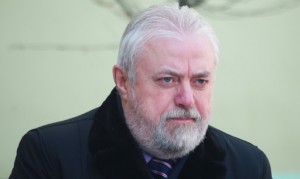 On behalf of the chairman of the ICR, Alexander Bastrykin, the criminal case of the murder by hiring of authoritative businessman Alexander Petrov was transferred to the Main Investigation Department of the ICR for the most expeditious investigation. According to the investigation, in the evening on October 24, 2020, an unidentified person fired a firearm from the opposite bank of the river at 61-year-old Alexander Petrov, who was on the territory of his house near Vyborg in the Leningrad Region. "At present, investigators, together with employees of operational units, continue to establish the circumstances of the crime, interrogate witnesses, study the victim's circle of contacts," the ICR said in a statement. Sources of Rucriminal.info believe that it is precisely the "social circle" that will not allow solving this crime. If the “contract” murder of the members of the “Gangster Petersburg” and it cannot be “brought up” against Vladimir Kumarin, then it remains unsolved. For example, the "fresh" murder of Badri Shengelia has not yet been disclosed, not to mention the old execution of Mikhail Manevich. To solve these crimes it is necessary to plunge into the dashing 90s, when these now murdered comrades closely communicated with the current inhabitants of many Moscow offices.

For almost a quarter of a century, the murder of the vice-mayor of St. Petersburg Mikhail Manevich, a man whom Vladimir Putin called a friend and "an amazing guy", has not been solved. The reason for this is clear. All traces of the crime led to the Seaport of St. Petersburg. And for the disclosure it was necessary to disturb other prominent residents of St. Petersburg. For example, the same Ilya Traber (Antiquary). According to the telegram channel VChK-OGPU, many other current inhabitants of Moscow worked in the port at the time of the murder of Manevich. The current head of Gazprom, Alexei Miller, in 1996-1999 was the Development and Investment Director of the Sea Port of St. Petersburg. Alexander Dyukov, the chairman of the board of Gazpromneft, from 1996 to 1998 held the positions of financial director and general director of ZAO Petersburg Oil Terminal, and then became the general director of MP. Presidential aide Igor Levitin and the head of the RMP "Taman" Igor Rusu also held leading positions in the port.

Traces of the murder of Alexander Petrov lead in exactly the same direction.

If we talk about the persons who were involved in the port of the 90s, one should not forget about the former vice-governor of St. Petersburg, and now the first deputy chairman of the State Duma Committee on Financial Markets, Igor Divinsky. In his youth, by the way, he himself was a professional sniper.

Rucriminal.info tried to restore interesting facts from the biography of Divinsky.

Igor Borisovich Divinsky was born in 1957. He is from the military dynasty. Served in the GRU. In 1989, as a deputy company commander of the Limited Contingent of Soviet Forces in Afghanistan, he took part in hostilities on the territory of this country. Was wounded. Upon recovery, he was sent to serve in the Western Group of Forces in Germany. At the same time, Yuri Volkov served as the head of physical training.

Igor Divinsky, having left the army, together with his former colleagues took up the security business in St. Petersburg. However, rather his activities resembled the creation of a "roof" of former GRU employees for individual businessmen. In 1994, he was the head of the Medi security company. In the same year, he established and headed the Divo security company. Its other founders were Andrei Markovsky and Yuri Rydnik (at various times he was the chairman of the Board of Directors of BaltONEKSIMbank, a deputy of the St. Petersburg Legislative Assembly). At that moment in his life, Rydnik headed the St. Petersburg branch of the Soyuzkontrakt company, the main supplier of chicken legs to Russia. Soyuzkontrakt was closely associated with the Russian Fund for the Invalids of the War in Afghanistan (RFIVA), which was headed by Valery Radchikov, a native of the GRU. These Afghans of the sadness have achieved huge foreign economic benefits and drove goods to Russia, practically without paying duties.

As for the closest partner of Divinsky at that time, Yuri Rydnik, nowhere in the media can you find some interesting features of his biography. The businessman carefully cleaned up the police databases. However, from the archives of the Main Internal Affairs Directorate of St. Petersburg, you can find out that he was held in the case against a number of employees of the Gatchina traffic police. They had unregistered firearms in their addresses.

Sources suspect that the same Divinsky, who for a long time was responsible for his safety, helped Rydnik to remain in the case as a mere witness.

As for the Divo OP, it served only seven objects - a residential building and seven premises of Soyuzkontrakt. A different public worked in the OP, both former GRU fighters and former district police officers. Some of the Divo employees had trouble with law enforcement agencies. They were held accountable for arbitrariness and hooliganism.

On August 18, 1997, Vice Governor Mikhail Manevich was shot dead in St. Petersburg. Later, Yuri Volkov will be arrested on suspicion of this crime. He handed over "orders" for the elimination of people to the Chelyshev brothers' group, which included a number of former GRU employees. During interrogations, the Chelyshevs admitted that they even visited the headquarters of the GRU, and some of the "customers" were included in the leadership of the Ministry of Defense. After that, this direction of the investigation of the murder of Manevich (it was led by the FSB in St. Petersburg) was curtailed. Volkov was taken by the FSB from the officers of the Prosecutor General's Office and the Moscow RUBOP and his further fate is unknown. According to some reports, some employees of the Divo OP “surfaced” in the investigation of the Chelyshevs' gang. Further more. According to the main version, Manevich was "ordered" because of the situation with the commercial port, which was then controlled by businessman Ilya Traber. And one of Traber's partners in the port at that moment was Rydnik.

By chance or not, exactly ten days after the murder of Manevich, Igor Divinsky resigned from the post of head of "Divo" and headed another OP - "Kupol". Its founders were Divinsky himself, the same Rydnik, Yuri Burdo (a former employee of the Divo OP, later headed the Kupol OP), Europe-Hotel CJSC, Andrey Yezhov (at that moment he was registered in the hostel of military unit 71113) ... In 1999, Divinsky resigned from the post of head of the "Kupol" and again headed the OP "Divo". By this time, together with Boris Gryzlov, he managed to lead the election campaign of Viktor Zubkov, who ran for governor of the Leningrad region. Gryzlov and Divinsky also became the founders of the St. Petersburg branch of the Unity party, which was later transformed into United Russia.

Another founder of this ROO was Konstantin Veniaminovich Goloshchapov, a rather shadowy personality. Goloshchapov cleaned up the databases. You can find a mention in it only in the archives preserved by the employees. It follows from them that in 1995 he was prosecuted, but in 2000 all information about his problems with the law was removed. Having looked with whom Goloshchapov travels abroad and abroad, one can find that the same Arkady Rotenberg and the son of Grigory Poltavchenko, Alexei, appear there. An interesting detail. In 1997 Igor Divinsky was the founder of the ARGO SPB BOXING CLUB. Another founder of the club was comedian and member of the "Full House" Gennady Vetrov. Not many people know that Vetrov has a "combat" biography. He served in the special forces battalion (he served at the same time as Divinsky). And at the moment when Divinsky served in the West Group of Forces, Vetrov lived in Germany, where “he independently worked as an artist.