The key role in establishing the real events of the massacre on Rochdelskaya Street was played by the audio recording of the negotiations in the Elements restaurant that took place before the conflict. The recording was made by the owner of the restaurant, Zhanna Kim, and around this recording, as Rucriminal.info found out, passions flared up, like in spy films.

In this recording, it was not only heard that there was no tough "showdown" in the Elements, as Zhanna Kim and lawyer Eduard Budantsev represented, but the name and surname of the real culprit of the sad events - a businessman from Kazakhstan Kenes Rakishev - was mentioned. By order of the latter, a real hunt was arranged for the recording.

On the morning of the day when the shootout took place on Rochdelskaya, a meeting was scheduled between Kim and representatives of the designer Fatima Misikova. To protect Kim's interests, Kenes Rakishev's people singled out detective Fenechkin. After listening to the girl-restaurateur, he said that a civil dispute was not his specificity and advised him to record all events on a dictaphone. In the midst of the conflict, Jeanne Kim called the detective and asked him to drive up. At the restaurant, she gave Fenechkin a record of what happened before the shootout. Kim's mistake, in fact, became the only clue to understand the truth in this story. From the conversations that took place between the participants in these events and were preserved on the record, it becomes clear that the conflict was at the level of a dispute between business entities and nothing would have happened if lawyer Eduard Budantsev had not taken out a weapon. Representatives of Kenes Rakishev understood that the audio recording could destroy the scenario they had built and the hunt began for it. Rakishev's people invited the detective for a meeting at the hotel "Ukraine". He himself speaks about this in his testimony in court. At the hotel he was told that he needed to give the audio file, but he refused. After that, the detective was searched, but nothing was found: Fenechkin did not live at his place of registration. According to a source rucriminal.info, Rakishev was ready to pay a large sum of money for the recording. After another refusal, officers of the Internal Affairs Directorate for the Central Administrative District of Moscow, together with Zhanna Kim and representatives of Rakishev, tried to carry out operational measures against Fenechkin. They decided, ostensibly in gratitude for his participation in the events, to pay him a fee and take a detective when receiving money, giving everything that happens for receiving a bribe. Here Fenechkin's opponents faced another failure. The detective refused the money, saying that he did not need anything. The audio recording came into being only when it fell into the hands of the officers of the investigative committee. Initially, the investigation went in the right direction, and this greatly disrupted the plans of Rakishev and his company. There is a lot of lies in the Rochdelskaya shootout case. Zhanna Kim and her supporters stated at the investigation and in court that they had reported extortion that allegedly took place in the restaurant, but the police officers who arrived refused to take action. To confirm Rakishev's scenario, the police were imprisoned.

Let us remind you that the lawyer Eduard Budantsev and his fighters and the "authority" Andrey Kochuykov (Italian) with his fighters met in a fight at the restaurant "Elements". It was after the shootout that Andrei Kochuikov (the “right hand” of the thief in law Zakhar Kalashov) ended up in the pre-trial detention center, from where they tried to rescue him with a bribe to the ICR officers. As a result, the "authority" was not released, and the employees of the TFR and Kalashov ended up in the pre-trial detention center. The materials in the editorial office show that the culprit of this whole story is Zhanna Kim's close friend, the oligarch from Kazakhstan Kenes Rakishev. At first, Zhanna, clearly performing the task of Rakishev, provoked Kochuikov into a conflict. And then Rakishev sent the lawyer Budantsev with a military weapon to a tough "showdown" with authority. By and large, it was at the suggestion of Rakishev that this whole story began, which ended with the arrest of Kalashov and the ICR officers.

After the shootout, during which Budantsev shot two people, the lawyer, Kim and Rakishev, had to provide the necessary evidence, stipulate the police, and also justify the use of military weapons. As a result, they "concocted" such a story. Allegedly, Zhanna Kim has long been a client of Budantsev. The bandits rushed to her and began to threaten. She called Budantsev, he arrived at the scene and after the attack used weapons. They agreed not to remember Rakishev at all. Kim and Budantsev testified accordingly. And then the record that Fenechkin had kept "surfaced". And then it became clear how events developed in reality. The usual negotiations were going on because of the debt, the Italian was not in the room at all. Kim called her sponsor Rakishev and told about the negotiations. He, wishing to show off in front of Jeanne, promised that his "fighters" would come and tear everything up. And he called Eduard Budantsev from a number from Kazakhstan, who did not part with military weapons. He sent a lawyer with his fighters (former Special Forces officers) to be dismantled at the Elements. Before Budantsev in the restaurant, had not seen him before and did not know him. It all ended with shooting and killing. At the trial, Budantsev was squeezed by a tape from Fenechkin and he is forced to partially tell the truth. Here is the transcript of the interrogation protocol: 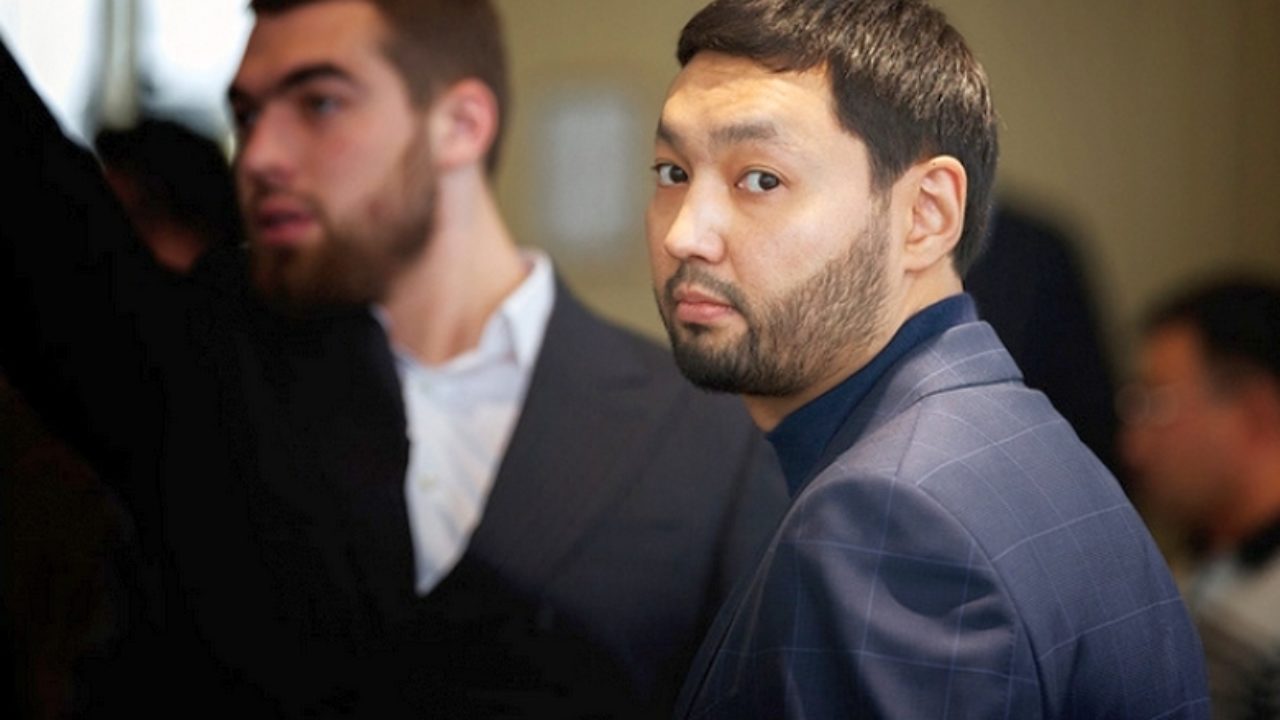