How officers of the FSB of the Russian Federation torture 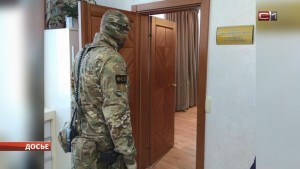 The Telegram channel VK-OGPU and Rucriminal.info introduce readers to another story about the “owner of the city” of the head of the FSB department for the city of Noyabrsk, Vadim Tukhfatullin. This time it's about death threats.

“On November 8, 2020, I was with my friends in the city of Noyabrsk in a public space near the airport ... We did not interfere with anyone, we were in a sober state. After a while, traffic police officers and FSB officers drove up to us and ordered us to disperse. After everyone left, a traffic police officer stopped me and said that they would take me to the police department for an explanation, after which they would release me. In my car, together with my common-law wife, I arrived at the Ministry of Internal Affairs of Russia in Noyabrsk, at the address: Noyabrsk, Prospekt Mira, 55. After some time, at about 22:00, an employee of the Ministry of Internal Affairs called me from the car to police department, my wife stayed in the car to wait for me, then to go home together.

I went up to the third floor, where the investigators' offices are located, they took me to one of the offices, which I cannot specify right now, and forced me to write a statement that I renounce the citizenship of the Russian Federation, I refused, after which I was addressed by police officers began to receive threats that I should write an application for renunciation of the citizenship of the Russian Federation. I don't remember the names of the police officers. After some time, an FSB officer named Vadim (I learned his name later) came in and started beating me without warning. He kicked me in the head, in the body, pushed me against the concrete wall with all my might. I felt bad, I was lying on the floor of the office. After that, the employees of the Ministry of Internal Affairs (I don’t remember by the names of these employees, but I remember them well and am ready to identify them) together with Vadim (the head of the FSB department for the city of Noyabrsk Vadim Tukhfatullin) went to the next office, where they began to drink alcoholic beverages, I heard how they say something loudly, drunken voices. Then an FSB officer named Vadim came to me again, he was already in a state of intoxication, approached me, gave his name and position, said that he was an FSB officer, that he could “bang” me, and he could get away with it all because he will make me die of the coronavirus. And he started beating me again. I felt very bad, and I began to really fear for my life, in order to avoid further beatings, I pretended to be dying. Everyone was afraid of this, and at about 02:30 already on November 09, 2020. I was taken outside to my car, where my wife was waiting for me, after which she drove me home.

The next day I was going to work, but I was very ill, and I went to the hospital in Noyabrsk, where they examined me, recorded my bruises, other injuries, concussion, in connection with the criminal origin of my injuries, the hospital staff called the district police officer , to whom I told everything in detail, and wrote a written statement. After the hospital, I went home, a day later the district police officer called me again, and having learned that I could not leave the house, he came to me, questioned me, and I re-wrote the application. In the future, my application was dealt with by the district commissioner. A few days later, my fellow countrymen turned to me and asked me to withdraw the application, because. FSB officer Vadim approached them and told them to assist me in taking the statement to the police, otherwise he would cause problems for everyone. The first time I refused, but they again turned to me and told me that Vadim would organize the full treatment for me, all the medicines, and also compensate for the harm caused to me. I did not believe them, and refused to withdraw the application. The third time, when I was approached with the same request, I said that I did not believe that the FSB officer would help me, but agreed to withdraw the application if my countrymen would help me directly, they promised me this help, and also told me again that FSB officer Vadim continues to receive threats to natives of Azerbaijan living in the city of Noyabrsk. After we agreed, I went to work to one of my fellow countrymen, where Vadim was waiting for me, who shook my hand and promised to provide any assistance in the treatment. I went to the police department, where I wrote a statement about the termination of the check against an FSB officer named Vadim, because. supposedly I received all the damage as a result of falling down the stairs. After some time, I was summoned to the prosecutor's office, at the moment I do not remember the position and data of the prosecutor's office, they asked me about what happened, and whether I want to stop checking on the fact of my beating. I said that I want to withdraw the application voluntarily.

At the moment, I have not received any medical assistance from anyone, I received insignificant funds from my fellow countrymen, which I spent on treatment. As a result of the beatings inflicted on me, namely: concussion, strong kicks in the chest, I experience severe headaches, my heart hurts a lot.

Now I understand that I was really frightened of the consequences of the conflict with the FSB officer, unlawfully succumbed to the persuasion of my fellow countrymen, that I change my testimony. I really understood that they were receiving threats from the FSB officer Vadim, and I wanted to help everyone. Moreover, in mid-October 2022, in the media, namely in the telegram channel "VChK-OGPU", I read the news that the same FSB officer Vadim Tukhfatulin committed against N.V. Geybatov. ogly illegal actions, namely: extorted a bribe for general patronage, threatened with physical violence to Geybatov N.V. oglu, in the city, carried out a grenade explosion. In this connection, I believe that I should apply with this application to the competent authorities to protect my rights.

October 28, 2022 I applied to the Russian Ministry of Internal Affairs for the city of Noyabrsk to obtain a decision on my application in 2020, because they didn’t send me a decision to refuse to initiate a criminal case by mail, my application for the issuance of documents was accepted at the duty unit and given a notification coupon No. Noyabrsk, then that the material is in the Department of Internal Affairs, but they cannot find it. November 09, 2022 I was told that the decision was not yet ready, and the maximum that they can tell me is the number of my application in 2020, my statement that I was beaten is registered in the register of statements and reports on crimes, administrative offenses, incidents (hereinafter - KUSP) of the Ministry of Internal Affairs for the city of Noyabrsk for No. 17949 dated November 09, 2020.