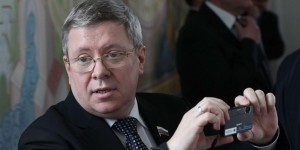 Basmanny district court of Moscow in absentia arrested a former member of the Board of Directors of "Department Store "Moscow" Vladimir Grekov, which law enforcement agencies consider one of the prominent members of the Tagan gang. He's on the international wanted list. Two of his accomplices-the leader of "Tagansky" Igor Zhirnokleev and Grigory Rabinovich are in custody. According Rucriminal.info largely the basis of the investigation in relation to the "Taganskaya" lightweight materials collected in the years 2014-2016. Then the Spanish authorities conducted the case against the business partner Zhirnokleev Rabinovich and Anatoly Romanov.  Of materials in relation to Romanov, the Spaniards had provided thousands of pages of documents proving that Zhirnokleev and Rabinovich gangsters that output from Russia hundreds of millions of dollars involved in the murders and are associated with well-known Russian people. These documents were received in Russia. And then they were studied by Russian law enforcement agencies. And, they worked not only on persons of Romanov, Zhirnokleev and Rabinovich. In the materials of the Spaniards were three more names of persons who are closely related to the"Tagansky". The banker Ilya Gavrilov, billionaire Gabriel Jushvaeva and Alexander Torshin. The last long time was the 1st Deputy Chairman of the Federation Council of the Russian Federation, and then - the Deputy Chairman of the Central Bank.

According to the Spanish dossier, which is available Rucriminal.info according to the authorities of the Kingdom, Alexander Torshin was a cover for the group on the political line, Gabriel Yushvayev was its " godfather "on the criminal line, and Ilya Gavrilov was a" subordinate " banker. About all designated persons in Spain, the Prosecutor General of the Russian Federation sent requests to the operational services. Here's what the query said Management of operative investigative information of the interior Ministry: "In response to Your request in relation to detainees in Mallorca (Spain) former Director of OJSC Moscow plant "Crystal" Romanova A. I., his wife Vinogradova N, and Zhirnokleev I. And Rabinovich, G. L. and Troshin, A. P., reports the following".

That draws attention, for some reason (perhaps intentionally) in the document the surname of the high-ranking official was distorted. For all queries, we are talking about Torshin A. P. And Department of the MIA of the Russian Federation responsible of the "Troshin A. P.". Yes, and, in General, it is clear that the Torshin then really did not intend to work.

However, according to Rucriminal.info, now, after the arrest of Zhirnokleev and Rabinovich, the situation has changed. Now political relations Taganskiy practiced in full. Moreover, Torshin already does not occupy any posts. Our sources do not rule out that he may be called for questioning in the near future. The same applies to the banker Ilya Gavrilov.

Meantime, we quote from "Spanish records" list of participants Taganskaya OPG and the list controlled by the OPG commercial properties.

"Igor ZHIRNOKLEEV is the leader of one of the most active criminal groups in the Moscow region, and he has extensive interests in various areas of business of criminal organizations and ties with the leaders of other criminal groups, including ethnic gangs.

Grigory Leonidovich RABINOVICH, born 195..., an active member of the organized criminal group "Taganskaya", is suspected of committing a number of economic crimes. He is involved in two criminal cases:

-In 2000 by Department of tax police across St. Petersburg criminal case concerning this person for tax evasion was brought (part 2 article 199 of the Criminal code of the Russian Federation);

- In 2005 The Department of police of Moscow opened criminal case concerning this person for fraud (part 4 article 159 of the Criminal code of the Russian Federation).

"Timurlang Acadamic of BATRETDINOV, was born 195... an active member of an organized criminal group "Taganskaya", engaged in fraud on a large scale, using front companies.

Oleg S. ROSENTHAL, born 196... is suspected of masterminding and carrying out assassinations.

Yury MALINOVSKY, was born.196... is suspected in the organization and execution of assassinations, also monitored the victims.

Edgar Rashidovich TAKTASHEV, was born.196.. active member of the group, involved in extortion and murder.

Alexander Ivanovich ROMANOV .196.., an active member of the group, in 2005 appeared as a suspect in fraud in a criminal case against him.

Boris Germanovich VINOGRADOV, 193.. does not appear in the archive of the Main Department of criminal investigation as a member of organized criminal groups, has a daughter Natalia Borisovna VINOGRADOVA and son-in-law Alexander ROMANOV,

There is no information about Z. LORDKIPANIDZE, as the founder and Director of several companies.

The following companies are known, controlled by the organized criminal group "Taganskaya»:

- "G. L. Group Corporation" (USA) (this company is one of the founders of JSC " General Investment Corporation»; 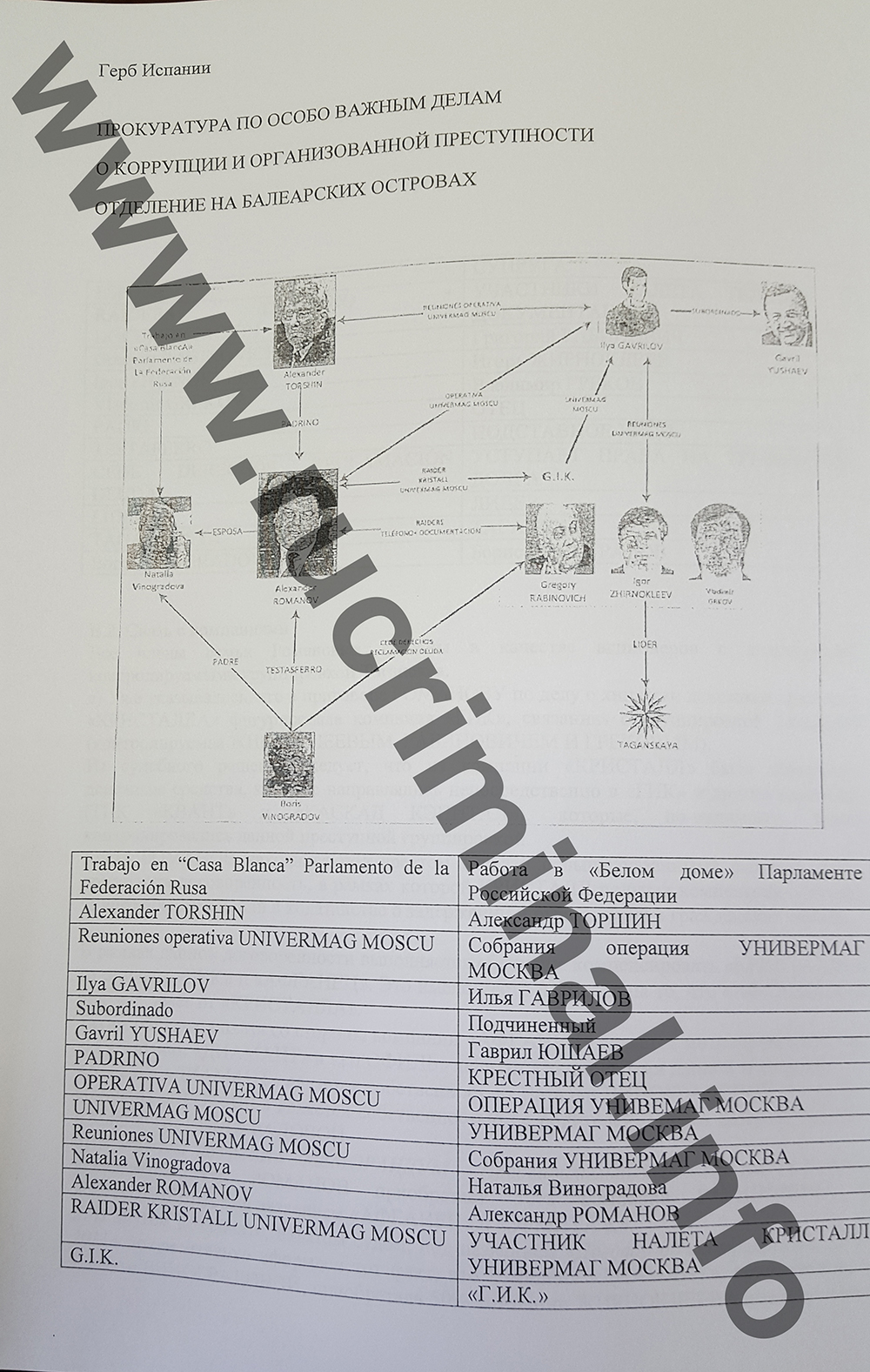 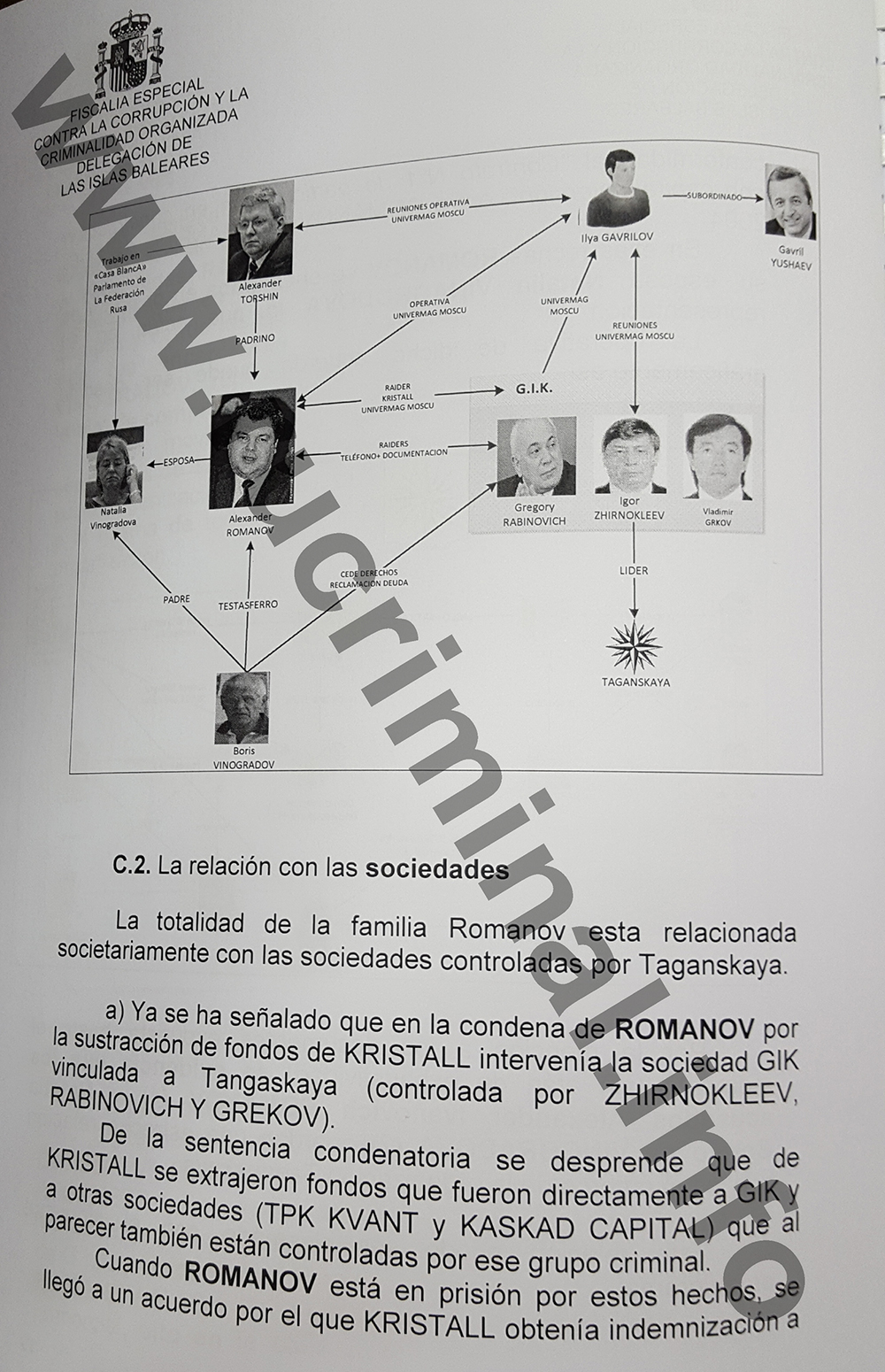 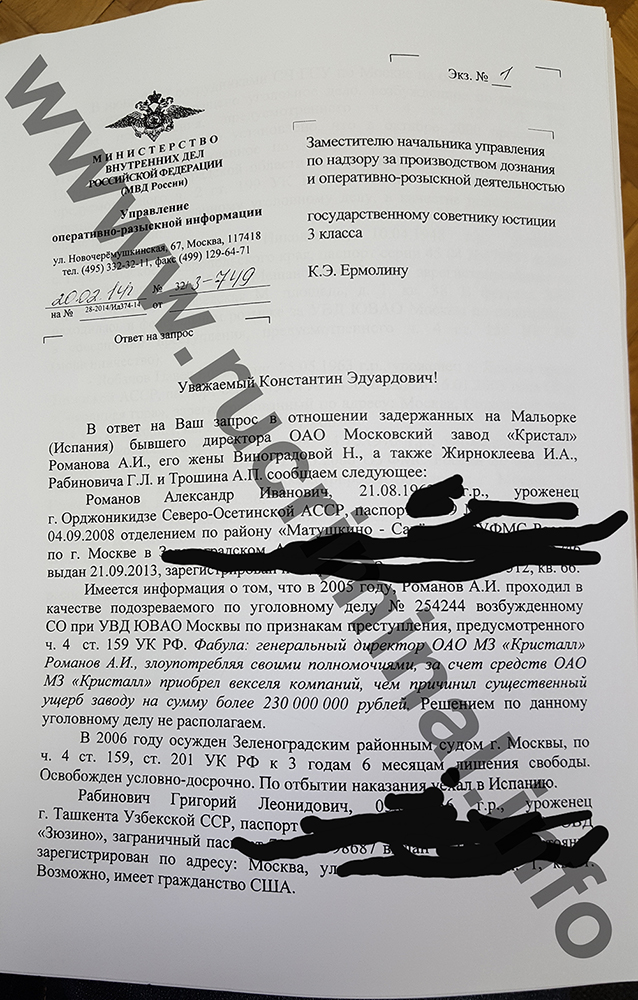 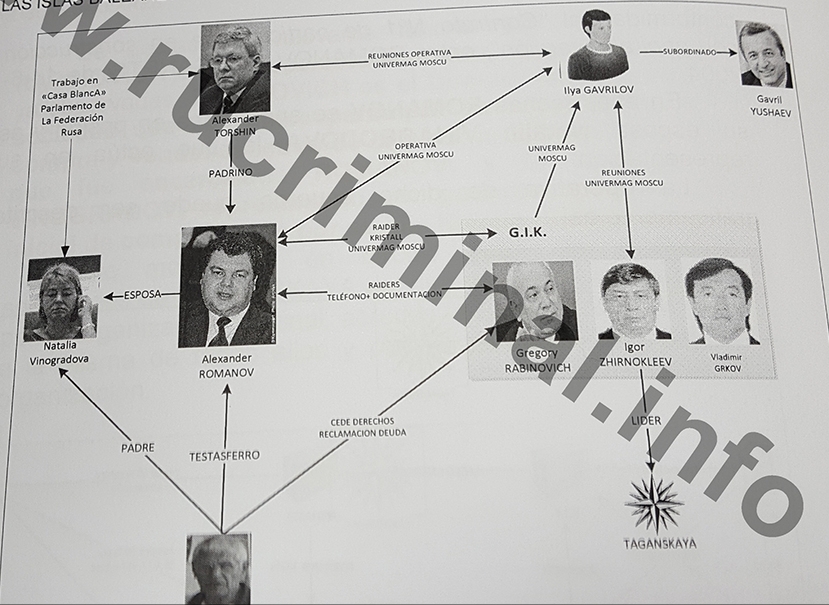