Hat with slits for the eyes, and in hand a gun"

The stolen goods from Gokhran were taken through the corpses 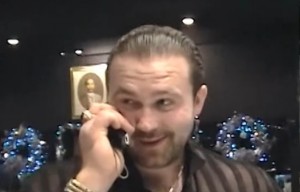 Rucriminal.info continues to publish materials from the case against the gang of Konstantin Piskarev (Kostya Bolshoi) and his militants, who have committed more than 25 contract killings. Our articles contain the testimony of the accused in the case, including the killers, so the reader can see the events through the eyes of the "main characters" of the gang. In this post, we will tell the story that led to three murders at once. And all of them were performed by Kostya Bolshoi. 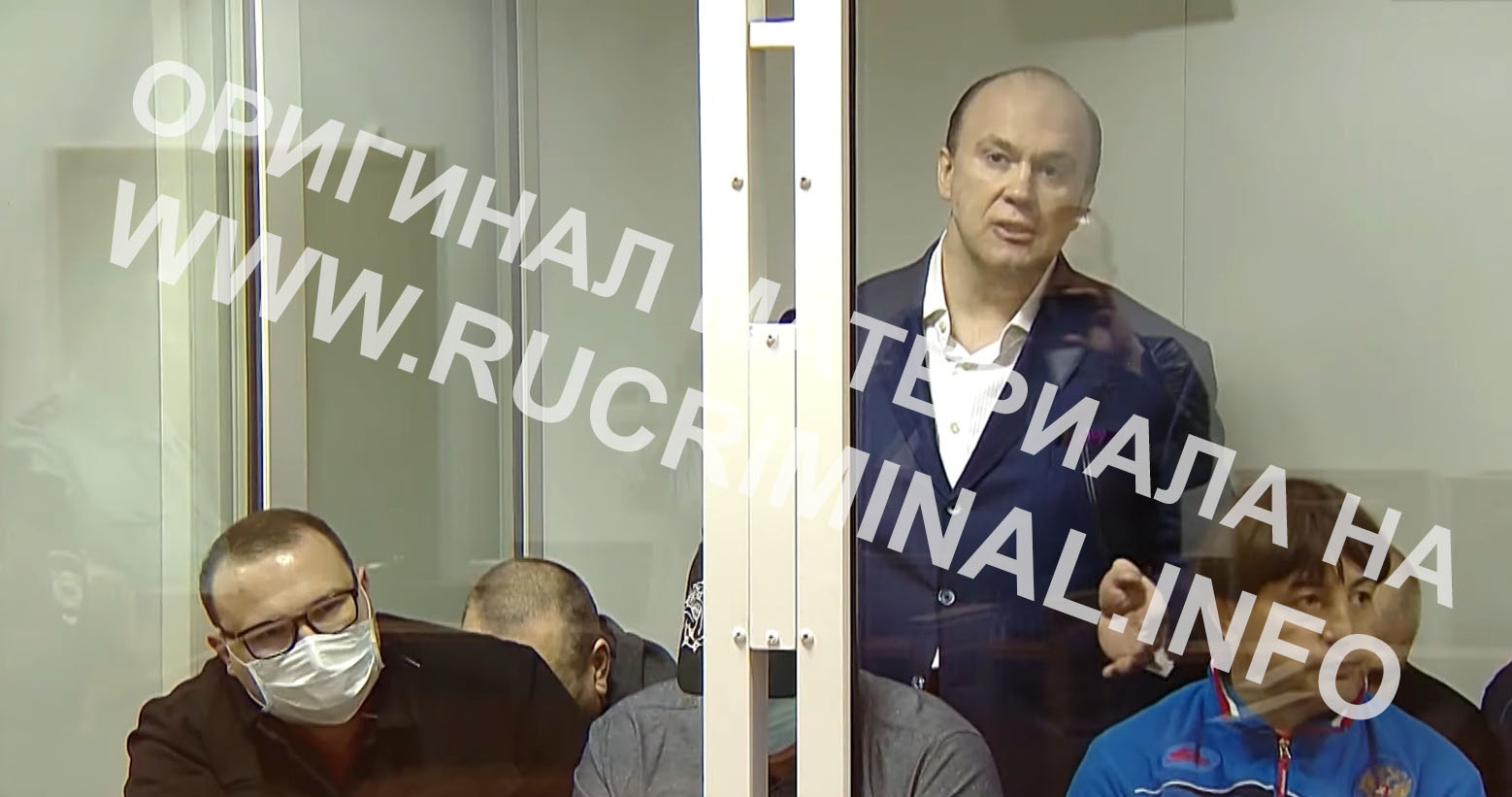 Konstantin Piskarev in the mid-90s was just a bandit, and in the 2000s he became a successful businessman, with many companies, connections among officials, representatives of the special services, and high-ranking security officials. Piskarev was indeed engaged in serious business, but as soon as someone did something that he did not like, he would kill him. Among other things, under the control of Kostya Bolshoi was the firm "Global Computer Service" (GKS), it was handled by a member of the organized criminal group Sergey Bezrukov. GKS was engaged in the sale of seized property. On the recommendation of Piskarev, Bezrukov got in touch with the deputy chief bailiff of Moscow Plekhov, the head of the legal department of the Moscow city finance department Bulgakov, etc. Thanks to this, the SCS received a lot of arrested property for sale. And in 2004 the SCS fell into a real "gold mine" - the seized property of the founder of the Golden ADA company Andrey Kozlenok. The latter was a participant in a mega-scam. With the permission of the head of Roskomdragmet Yevgeny Bychkov, the company Golden ADA was created in the United States, to which values ​​from Goharn were transferred for $ 180 million (gold coins, antique silver dishes, jewelry with precious stones). Officially, the cost of the cargo was estimated at $ 180 million, but the operatives suspected that their real price exceeded $ 1 billion. The valuables were sold, but the money never arrived in Russia. All officials were taken out of the criminal case, and the court sentenced Kozlenok to six and a half years in prison. In addition, the servants of Themis satisfied the claim to recover 54 million rubles from Andrey Kozlenok. As a result of this claim, seven elite apartments in Moscow that belonged to Kozlenok were seized. Kostya Bolshoi and Sergei Bezrukov agreed that the real estate will go through the Global Computer Service. But then the director of the Scientific Center for Legal Information under the Ministry of Justice of the Russian Federation (NCLI) Marat Gazizov found out about real estate. NTSPI was also involved in the sale of seized property. Experienced Gazizov immediately saw that the sale of apartments through the GKS was going to be done with the help of a corruption scheme. And he began to demand that the property go through the NTSPI. During the meeting, he shared information about the machinations with an employee of the "M" Department of the FSB of the Russian Federation, who supervised the Ministry of Justice. After that, Piskarev decided to deal with him. He dressed in shabby black clothes. Pretended to be a vagabond and lay down at the entrance of Gazizov. When a service car arrived for that, Kostya Bolshoi shot him with a pistol.

After the murder of Gazizov, the GKS was re-registered the drinker Aleksey Poshkus, the apartments were sold for $ 4.7 million. Of these, 300 thousand went to the intermediary, 600 thousand were appropriated by Bezrukov, and the rest went to Kostya Bolshoi. The budget received only 24 thousand rubles.

Testimony of witness A.I. Zakharov, according to which he was a driver at the Scientific Center for Legal Information of the Ministry of Justice of the Russian Federation. On the day of the murder, 05/20/2004, at 8:30 am Zakharov drove up to M.F. Gazizov's entrance. Approximately 25 minutes later Gazizov left the entrance, and when he opened the rear right door of the car, a man in black clothes approached him from behind, whose face was covered by a knitted hat with slits for the eyes, and a pistol was in his hands. Shots followed, then the gunman walked around the back of the car and walked along house 47 along Prospekt Mira. Zakharov followed him and saw how on Gilyarovskogo Street he got into a VAZ 2109 car, registration plate Н213ВК99. This car drove towards the Rizhskaya metro station. Zakharov approached the security guards of the Chip and Deep store and wrote down the car number. white ".

“The testimony of the accused Mishin DS, according to which Mishin and other members of the gang, on behalf of Piskarev, followed a man who lived on Prospekt Mira and drove to work in an official Volga car with a driver. Piskarev was in a hurry for Mishin with this case, he urgently needed information. As a result of the "surveillance" of the house where the man lived, it was established that he leaves for work in the morning at the same time. After that Mishin, Piskarev, Aleksandrov, Saryan and Volodin gathered early in the morning at the Burevestnik yacht club and drove to Prospekt Mira in several cars. Near the Penta restaurant, Piskarev changed into black clothes. Mishin and Aleksandrov drove from the restaurant to the scene of the murder in a Volkswagen Golf Z car, while Piskarev and Saryan drove in another car. Volodin stayed near the Penta restaurant in a Mercedes , owned by Piskarev. Aleksandrov was armed and, according to Piskarev, had to "duplicate" if necessary. When they arrived at the desired house, Mishin stayed in the car, and Aleksandrov settled down near the arch. Piskarev went into the yard and pretended to be a homeless person. A Volga car, which he had previously observed, drove past Mishin. After Piskarev "shot", Aleksandrov got into Mishin's car and said: "Let's go." Piskarev got into the car with Saryan. They returned to the Penta restaurant, where Piskarev changed his clothes, and they went about their business. "

“The testimony of the witness V.L. Markov, according to which in 2004 the witness was a senior operative for especially important cases of the“ M ”Department of the FSB of Russia and was engaged in counterintelligence support of the Ministry of Justice. Three months before the murder, Markov met with Gazizov at his request. At the meeting, Gazizov was interested in the sale of seven elite apartments that belonged to Kozlenok, and said that the Moscow Finance Department was blocking the sale of these apartments, and expressed concern about the illegality of these actions. From the conversation, Markov understood that Gazizov wanted to sell these apartments through his company, RTSN LLC. After the murder, Markov was invited to the prosecutor's office, where he told about this meeting with Gazizov and suggested that he could have been killed because of these apartments. Based on the conversation with Markov, a report was drawn up, which outlined his version of the murder. Also, Markov was familiar with S.A. Bezrukov, whom he saw several times in the department of the bailiff service in the city of Moscow. Bezrukov S.A. represented LLC "Global Computer Service".

Testimony of the witness YV Bulgakov, according to which the witness was the head of the legal department in the Moscow Finance Department. From the testimony of the witness it follows that Kozlenok A.B. was convicted by the judgment of the Moscow City Court of 05/17/2001 for a criminal offense, and the court satisfied the Moscow Government's claim to recover 54,206,256 rubles. The execution was levied on the seized property of the Kozlenok, including the apartment. The Moscow City Court issued the writ of execution. Since the verdict dealt with the collection of funds from the Kozlenok, the claimant was the Moscow Department of Finance. From the Department of the Bailiff Service for the North-Eastern Administrative District of the Main Directorate of the Ministry of Justice of the Russian Federation in Moscow, the Moscow Department of Finance received a resolution dated January 30, 2004 to initiate enforcement proceedings to collect 54,206,256 rubles from the convicted Kozlenok in favor of the Moscow Government. In addition, at the same time with this general decree, seven decisions of January 30, 2004 were received on the initiation of enforcement proceedings on the confiscation of specific seven Kozlenok apartments. "