The fate of the Bank patron Sergei Dontsov 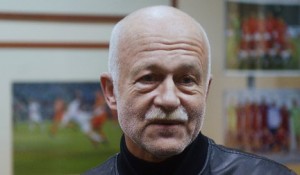 Rucriminal.info continues to publish an investigation about who controls the financial flows in the Crimea. Earlier we told you about the shadow financiers Dvoskina Eugenia and Andrei Rosove. First under their control was the General Bank, working in the Crimea. Now we decided to entrust the management of a larger Crimean Bank - PJSC rnkb. The new publication will focus on one of the characters who stands behind Dvoskin and Pink. We are talking about the CBR adviser Sergei Dontsov, who for many years is the "gray cardinal" of the Bank of Russia. In particular, it was he who for many years was the main patron of "Promsvyazbank" Ananyev brothers.

Sergei Dontsov is a man with a funny biography.  From 1992 to 1996 he was the head of the state legal Department of the Moscow city hall. In this position, he became famous for negotiating with the "thieves in law" on the redistribution of the capital's property. Moreover, Sergey did not hesitate and openly told reporters.

That's how he described his contacts with the mafia in an interview with the newspaper "Izvestia" in 1993.  "Nice, intelligent people. As I learned – thieves in law... I was given to understand, quite clearly... that no one will just let some new structure into the Danilovsky market without asking permission... there Were also conditions:... reimbursement of legal expenses incurred by the legal structure that rented the market earlier... the Amount was solid, but not frightening..." And then Dontsov and did Express the idea of creating special regulations for the negotiations of the state (in the face of law enforcement officers) with organized crime.

At a position in the city hall Dontsov became friends with the head of the Moscow main territorial Department of the Central Bank of the Russian Federation Konstantin Shor, and became closer to the Luzhkov. In particular, the don went with the mayor on football matches, together with many other sports funcionaram. And, of course, according to sources Rucriminal.info Dontsov was engaged in solving the problems of various businessmen, including those from the construction industry. In this field he had a conflict with Elena Baturina. It is not difficult to guess whose side Luzhkov took. As a result, Dontsov was forced to leave the city hall in 1996.

After that, he became one of the leaders of the Moscow Cossacks. And at the same time established relations with Boris Berezovsky. The relationship was very peculiar. During interrogation, the founder of the MMM Sergei Mavrodi told the investigators, if it somehow came to Sergei Dontsov with a certain document signed by Berezovsky as Deputy Secretary of the security Council. And on the basis of this document, Dontsov, according to the materials of the "Mavrodi case", demanded from the founder of MMM $1 million.

Lobbying by Berezovsky helped Dontsov to get the position of Deputy head of The main Department of the Cossack troops of the presidential Administration.

It is not clear exactly when the don went Angevine, but since 2000, they just had close relations. In 2000, Dontsov took the post of Deputy Chairman of the Pension Fund of the Russian Federation and, according to sources Rucriminal.info immediately began to actively lobby owned by Ananiev firm "Technoserv" as a supplier of computer and other equipment for the FIU. In 2004, Dontsov became the Manager of the Ministry of health and again began to strongly recommend that "Technoserv" was among the supplier of equipment for the budget.