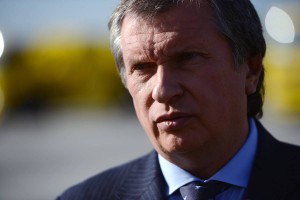 Rucriminal.info he continues to talk about the banker Peter Chuvilin, who has recently become a real "star" of the investigation. In particular, he is one of the main witnesses in the case of bribery Dmitry Zakharchenko co-owners of GC 1520 Valery Markelov and Boris Usherovich. In this article you can read the second part of the conversation of Peter Chuvilin and shadow banker Sergey Zakharov, better known as Red. The main topic of conversation is their dark deeds. Also both brag to each other about their high-ranking business partners. In particular, Zakharov first talks about Igor Sechin, and then talks about his leisure time with the owners of "Alfa-Bank" Herman Khan and Peter Aven. They flew to Hungary on a special plane and hunted on the banks of the Danube. Often bankers take with them employees of the presidential administration.

S. there is No, simply I something think, there something about him . (not dog.) Someone charges or something…

P. Yu. (pereb.) No. Look at the situation. He says that he can't pull out the money because as though Sergey Zakharov can't pay off him. I said, "Why don't you go to Moscow yourself?"- "Because I have a criminal case." I said, "Listen, Sergei, I think, would go to you, there are some things poreshali".

C. I can not get him there. There should be good money to pay. It's ... difficult for him to negotiate. There are exits, everything is. I even climb until they touch me. I kind of allowed it ... that's all. They closed everything up. But the issue is complex. Georgian version, therefore…

P. Yu. (pereb.) On fact same, that here is this our partner . (not dog.) He is also Georgian. I understand that they're on the Georgian theme and agreed.

S. Well, after such advertising, which gave Juba, it's here persona non grata.

PY But there's something who knows him? Does anyone know him there? There it is, no one knows. Right? In Ukraine, no one knows him.

P. Yu. (pereb.) No, but I mean just ... (not dog.) Well, from the financial market there are a lot of distant people who have never done anything. Accordingly, to know who he is, it is difficult. It is necessary to cook in this porridge, and so on. Right?

PY Respectively, and there were all these questions. Because the whole situation, as I understand it, is already about, maybe a month, probably, goes, right? What kind of people did he send there? It's ... (not dog.)

P. Yu. A, well, that was, I said: "Here, here." When the speech went for the most, the port of Odessa with the Elevator as if he was saying that he, too, there may be an equity holder, he has the money, but the money had not been given him in Moscow, as it were. That's all she wrote. There is a grain port just. We in Moldova, the Bank has bought as if it's the most ... (not dog.)

S. I have there one problem arose with Moldovans ... (not a great Dane.) "Bank Laminate" be there in ... an Unknown like this? …

C. They have the firm "Laminate".

P. Yu. He is in Transnistria.

P. Yu. A, no. These we can't. No. We all otnimayut there Fig if we Transnistrians will be some kind of relationship to have.

PY There is very tough everything.

C. "I left you the business." I say: "Come, take any business, I'm here ... (not dog.) All that was – all yours. Not a question. You know everyone. Okay, go. Just who is going to communicate with you? All, with whom I know, they to . (not dog.)" With him anyone communicate .(not dog.) Why glow in such a situation? But he still did not understand, probably no one ... (not dog.)

PY it's over already, no one does anything.

C. Yes, caller ID, thinking that all was well.

C. Already it's just the top in this situation.

S. (pereb.) Everyone, we're leaving, white and downy, just everything.

P. Yu. And we have long gone into construction. And there are no …

S. Ah Yes, but here is, but in its time . (not dog.) Maybe I would be interested to talk to you somehow, well, in terms of the answer …

C. Here I have a few investment ... (not dog.) I have several of them. I have a lot of investment contracts.

C. No, Ministry of defence…

S. You heard, I have Sosnovsky, my friend, he with them communicates…

P. Yu. And who is Sosnowski?

C. He now heads some structure that deals with sales…

PY No, it's an auction sale, you mean.

C. Here if there is a desire, there can be left on the website and so on. Here, too, is spinning, he bought himself in Tokay vineyards, in Hungary, 63 hectares, in General!

C. It's ...(not dog.) Here we have the same if there is a genuine essence of the highest category, which is like honey, there are six months per cent of the total, one and a half percent ... (not dog.) And a half degrees alcohol. Everything else is glucose. This, in principle . (not dog.) Is a penicillin is due to what the smell, the taste, that is Tokaj, there is a special ...(not dog.) Well, in one place only in the world that this bacterium lives. She lives there.

P. Yu. Well, here we are in Moldova, too, looking at these vineyards, but the problem is-compote here is not put as if because of all the veterinary obstacles and quality service. And with good wine, they still can not compete.

P. U. Well, it desecrated compote, which is as it were, because there are also wine Purcari sorts, which really and in England they supply. But only the price of a real European bottle, that is, there, if the walrus 15-20% - it's gorgeous. And to earn something, there it is necessary to invest again the same millions that there can be absolutely calm on the construction site to beat.

S. Well, Yes. I really invested in the vineyards – this is probably for life, Yes.

PY Well, then it is necessary and ...(not dog.) Only I have a strong impression and strong opinion that if you buy something abroad so much, then there should always be, and then it will again be a business for someone.

C. I have a Hungarian partner in fact.

C. I have Hungarian wine …

P. Yu. (pereb.) I with Hungarians never spoke. They as at all, normal?

C. They are now the best. They ...(not dog.) Germany, Hungarians are the main consumers of gas and oil in our country.

C. Because they have nothing. They ... (not dog.) The Prime Minister was the first to sign the South stream, the first to come from Hungary. They suck because they're actually ... with Putin. There are some people there, from the Administration, who form his program.

S. Yes. We just take them to Hungary to hunt. Aven takes the plane …

S. Yes not the word! There is a super hunt!

P. Yu. No, hunting is very good in Romania.

C. In Hungary, it is even better. It's closed.

P. Y. Yes? Well, on the Danube as if here here, probably?

C. Closer to Ukraine, Yes. That's where ... not far from Tokai, fifty kilometers. We took, well, Aven takes the plane…

S. Takes the Khan and all the others, and we had given them away. And he takes from the presidential Administration …

P. Yu. No, the plane is clear. I mean, the hunt itself, the beast,how much?

PY No, there is not a penny, it's all very expensive.

C. I have a Hungarian does it all.

PY Well, I understand. Because this time we went to this very Slovakia, Slovenia, also climbed the mountains, hunting – and hunted for 40 thousand euros. And then I am abroad as it does not take.

S. I have him can to know. Actually…

P. Yu. I, frankly speaking, was not years fifteen.

C. Directly on the banks of the Danube, the second line, opposite the Margaret island …

C. Yes, in Budapest itself.

P. Y. In Budapest, some in the hotel "Korona" or something, right? There such was.

PY Used to be. Well, that was fifteen years ago. Very nice hotel.

C. And the bath what's in there! There are a lot of thermal springs there. This bath, where Schwarzenegger in "red heat" starred.