Defector to the US from the banking mafia FSB 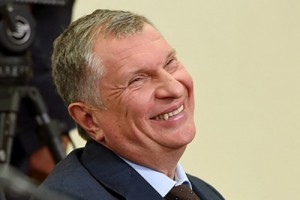 The main topic for the media in recent days was the story of Oleg Smolenkov-a former employee of the Russian Embassy in Washington, then - an employee of the UDP, then – the chief adviser to the assistant to the President Yuri Ushakov. It turned out that in 2017 he flew with his family to Montenegro, where the CIA moved him to the United States. It turned out that Smolenkov was an American agent who supplied many years of classified information. The CIA worried about the safety of "mole" and evacuated it from Russia.  In the new homeland, a former Kremlin official bought a luxury house for almost $ 1 million, in which he lived until the leak of information about it. The Kremlin and the Russian security services preferred to reduce this incident: they say, access to classified information he had. And, in General, in Russia Smolenkov is not perceived as a spy. According to Rucriminal.info similar positions in the intelligence services adhere to the first time. For example, in the same way reacted to the flight to the United States employee Of the FSB Alexei Artamonov. He was at one time the closest associate of the head of the banking Department of the Department to Dmitry Frolov. Then escaped Frolov was replaced by Dmitry Cherkalin together with whom Frolov is now in custody. Frolov service in the FSB turned into a giant business, bringing billions of dollars in profits. One of his main assistants was a banker Alexei Kulikov. However, only they business empires called "under the roof of the security services", is not limited. Available Rucriminal.info was the testimony of a witness who was at the center of events. And we will publish them gradually.

Alexey Kulikov's main platform of the 2000s was Creditimpex Bank. As a result, "roof" Kulikov Dmitry Frolov seconded to the Bank of his subordinate, an employee of the Department to Alexei Artamonov. At Creditimpex, he took over as chief of security. Then this Bank was one of the main Russian platforms where it was possible to "cash out" money and through which they could be transported to the West. Alexey Artamonov, first was a normal performer, and very well paid. He participated, either directly in money laundering and in personal projects Kulikov. When employees of the interior Ministry several times has started an investigation in relation to structures Kulikova, came to him either in person Frolov or Artamonov (depending on level of employees of the interior Ministry), explained under whose roof works Kulikov and highly recommended not to contact. At some point Artamonov decided that he was an independent player. And even began to pocket funds (millions of dollars) received from Kulikov and his partners for older comrades. When Frolov found out about it, Artamonov was terribly frightened. So much so that he and his wife went to the Dominican Republic, where they asked to meet with representatives of the FBI and agreed to become informants of the Bureau.  The couple was taken to the United States, where Artamonov several times changed names. It was Andrew Bogdanom, then Janos Newman. Artamonov worked under the contract with FBI according to which had to transfer the information received at a former place of work. Artamonov declared wanted only for fraud, and the FSB broke a huge scandal. But the dirty linen in public does not make steel and that no one was hurt, Artamonova, so not recorded in the traitors leaving only a fugitive swindler. Frolov then remained sitting on the post. He lost it when he started a war with the head of the NRB Alexander Lebedev. The latter at some point even had to leave the country. But he turned the tide. The fact that Frolov's family owns a Villa in Italy which he didn't specify in the Declaration surfaced. As a result, he was dismissed from military service in 2013 due to loss of confidence. But instead of himself Frolovo left in the Bank Management Department To his pupil Dmitry Cherkalin.

Losing a place in the FSB, Frolov with old connections and former employees, continued fronting banks, including playgrounds Kulikov. To pour the roof from Frolov beginning in 2016. Then Kulikov was arrested, and later Ivan myazin. They, as it turned out, are behind the largest washing platform Landromat. A witness in the case testified that the largest client of the Landromat was Binbank. Moreover, he withdrew from the Russian Federation not so much the money of third-party customers, as the funds of its owners, primarily Mikhail Gutseriev. So far, his testimony has not been given, but the situation may change.

Was not given the course and the testimony of another witness that was available Rucriminal.info. And he said many interesting things.

"Kulikov began to flaunt the fact that he has many friends and acquaintances among police officers, FSB, various special services, tax authorities. Kulikov always said that it can always help out in case of bringing him to justice. Shorebirds were constantly in possession of some certificates of the various intelligence agencies, special permits for your car. Kulikov said that from communication with law enforcement officers and tax structures, he learns information about specific entrepreneurs who have problems with the law, and then sells this information. In 1998, the Bank "Creditimpex Bank" disagreements arose between the founder of the Bank Dmitry Kataya and Chairman of the Board of the Bank, his name I do not remember. I know about it from friends who were engaged in banking business. For many years I have arranged club evenings and meetings for my circle of bankers and financiers, persons of show business, I myself am engaged in intermediary trade business, so I have a very extensive circle of friends in banking circles. I stand in the Russian financial Guild, I am a member of the international public organization "Woman and business". From this communication, I know that Kataya turned for help to a certain Shakhov, a former employee of the foreign intelligence service. I subsequently had to communicate with Shakhov, he said that he had the rank of General and was one of the Deputy heads of the foreign intelligence service. Shakhov turned out to be a relative of Kulikov's wife-Polina and he helped Kataya to deal with the head of the Bank "Creditimpex Bank", since that time this Bank began to lose its position in the banking world, as Kataya is a bad businessman and financier. It turns out that in this way Kulikov became involved in the activities of the Bank "Creditimpex Bank" and met Kataya. Kulikov and Rolling became close friends at that time in the Bank there was a Shkurko former doctor-psychiatrist. Kataya became Chairman of the Board of Directors of Creditimpex Bank, and Shkurko became Chairman of the Board...."- said in published Rucriminal.info the testimony of witnesses.

It is worth noting that, thanks to Katai, Kulikov and Frolov "born" a new loud topic-the Belarusian financial transit. In terms of volumes, it was not less than the Moldovan transit (landromat). The basic structure of the Belarusian transit was Creditimpex Bank. The President of the Bank was closely connected with Belarus Dmitry Kataya. Prominvestbank of Ukraine, Belpromstroybank and JSCB "Ukrsotsbank"were shareholders of the Bank. The real owner of Creditimpex was Alexey Kulikov-the best friend of the head of the banking Department of the FSB Dmitry Frolov. Frolov and Kulikov are now in custody . Kulikov began to work closely with the operatives. A large and regular customer of Kulikov and Frolov, Mikhail Gutseriev, as in the case of the landromat, was one of the main users of the "Belarusian transit". Which is not surprising. Mikhail Gutseriev and the head of Belarus Alexander Lukashenko have long-standing friendly relations, behind which lie billions. It is known that Gutseriev gives Lukashenka's family palaces, limousines, helicopters, etc.