The richest Turk against the Russian family 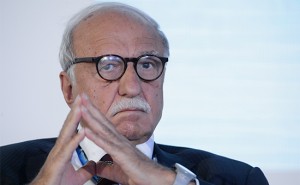 Rucriminal.info became aware of the details of the confrontation between the Russian family and the richest tourist in Russia, Husnyu Ozyegin, the owner of a fortune in excess of $ 2.3 billion. He is the owner of Credit Europe Bank, Gap, Marks & Spencer, Banana Republic stores, etc. The large family of Shegay assures that because of Ozyegin, she lost most of her property and is trying to bring a criminal case against him. Some senior patrons agree with the family’s arguments, but Ozegin has high-ranking patrons, especially from the staff of the draft prosecutor’s office, Yuri Chaika.

A large family of Alexander and Marina Shegay from the city of Odintsovo, Moscow Region, tried to do business, back in 2007 they took a loan from Credit Europe Bank CJSC on the security of real estate (construction in progress and land). As of April 22, 2010, Shegay M.M. and Shegay A.N. didn’t have any arrears in payments to the bank and proposed to the president - chairman of the bank’s board Aydinoglu B.Kh. accept compensation for a residential building and a land plot with the simultaneous payment by him of an amount exceeding the size of the remaining part of the loan. Acting in the interests of the sole owner of the bank Ozegin H. and pursuing the mercenary goal to save him and the bank headed from cash payments Shegay MM and Shegayu A.N., which the bank was supposed to commit on the basis of Russian laws when accepting compensation or taking judicially property to repay a debt, Aydinoglu B.Kh. bowed Sharpaeva O.M. and retired federal judge Rashchupkina Yu.B. for unlawful, gratuitous seizure, unjust enrichment and disposal of material resources of the family Shegay M.M. and Shegaya A.N., as their own.

As a result, as the Shegay family pointed out in their statement, in March 2012 Ozyegin appropriated the family’s property for 92 million rubles. (more than 3 million dollars at the rate of the Central Bank of the Russian Federation). The then Moscow Region Prosecutor, Alexei Zakharov, at the direction of the Deputy Prosecutor General of the Russian Federation Vladimir Malinovsky, blocked all attempts by parents to achieve justice.

The Bank Ozegin got a taste and, as the family indicates, appropriated the rights to Shegai real estate worth more than 2 million rubles. (68.5 thousand dollars). Naturally, the “indestructible bloc” of Malinovsky-Zakharov continued to “board” all the statements and complaints of the family representatives.

In March 2019, Zakharov was “presented” with the post of Deputy Prosecutor General of the Russian Federation, and a week later Malinovsky received a concussion and resigned in July 2019, becoming an adviser to the Prosecutor General Yuri Chaika. Prior to the appointment of the new head of the Moscow Region prosecutor’s office, acting In May 2019, the prosecutor of the region Valery Voinov gave instructions to the Moscow Region police officers to organize an additional verification of the materials and even demanded that the head of the Odintsovo investigation department of the Main Investigative Directorate of the Investigative Committee of the Russian Federation in the Moscow Region check the new statements of the affected parents. Obviously, the “supervision”, patronage and connivance of Ozyegin's similar activities in Russia is carried out at a high state level. And this is not only the former Deputy Prosecutor General Malinovsky and the current Deputy Prosecutor General Zakharov. Probably the former head of the banking department of "K" Kirill Cherkalin could talk about the "special roof" Ozyegin, which protects him from the Ministry of Internal Affairs of the Russian Federation, and from the IC of the Russian Federation.